As Jagan Reddy Prepares To Abolish Andhra Legislative Council To Make Way For Three Capitals, Here’s A Story From The Past 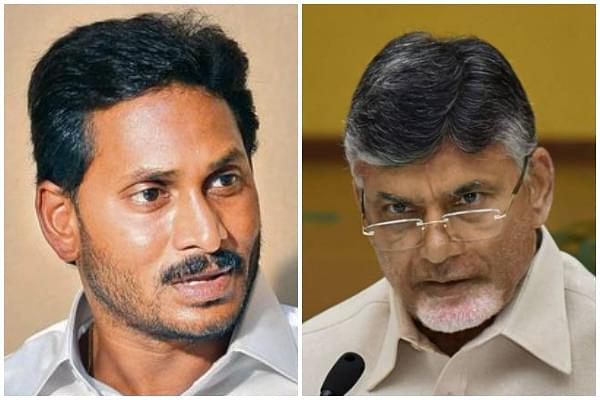 Jagan Reddy could initiate the process to abolish the council once the state cabinet approves his plans. The approval may come as early as 27 January, when the cabinet is scheduled to meet.

The Andhra Pradesh Chief Minister has been forced to think of abolishing the council revived by his father because it has proved to be a stumbling block for his government to go ahead with its plan to create three capitals for the state.

The issue of a capital for Andhra Pradesh has turned out to be a bone of contention between Jagan Reddy and opposition leader N Chandrababu Naidu.

Naidu favours a grand mega capital at Amaravati but Reddy says that huge amount of money, which can be spent for various development projects, cannot be wasted on just a single city.

The moment Reddy’s party YSR Congress came to power in May last year, he made it clear that Amaravati will not be the sole capital of the state. Instead, Andhra Pradesh will have three capitals.

In order to execute his plans, Reddy moved two bills in the state assembly this week — one for creation of three capitals and the other for scrapping the act — to make Amaravati the capital.

While the assembly cleared the bills, the council or the Upper House, proved to be a stumbling block. Amidst pandemonium and unruly scenes, both bills were referred to a select committee.

This invariably delayed the execution of plans for the capitals. Upset over the delay, Reddy said he was pained over the way the council functioned.

“We introduced the Bills in the Council expecting them to be accepted, rejected, or amended. But the Chairman has used his discretionary powers to refer it to a select committee when there are no such provisions,” said Jagan Reddy.

The Andhra Pradesh Chief Minister alleges that the council has been misused to shatter the hopes of people of the state.

“To avoid such mistakes we need to review the need to have an Upper House when only six of the 28 states in the country have bicameral legislature,” Reddy said.

Maharashtra, Bihar, Telangana, Karnataka and Uttar Pradesh are the other states with bicameral legislatures.

What has rankled Jagan Reddy and his cabinet ministers was that Naidu was present in the VIP gallery of the Legislative Council for four hours. They charge the opposition leader with influencing the decision of the council Chairman M A Shariff.

With Jagan Reddy now planning to abolish it, the irony of the whole situation cannot be lost. The fact that his party has only nine of the 58 members in the council is also helping him to take a firm decision.

The legislative council was revived after Naidu’s father-in-law N T Rama Rao abolished it in 1985. N T Rama Rao was voted to power with a thumping majority to preserve “Telugu pride” in 1983 after successive Andhra Pradesh chief ministers were ill-treated by the Congress high command.

It all began when the then chief minister T Anjaiah was publicly denounced as “buffoon” by the late Rajiv Gandhi when an euphoric crowd turned up to welcome the latter at the Hyderabad airport during a private visit. The incident left the late Anjaiah in tears.

Rajiv Gandhi was later said to have influenced his mother Indira Gandhi to sack Anjaiah as chief minister, though the reason given was Congress loss of municipal elections in Vijayawada and Visakhapatnam.

Jagan Mohan Reddy will likely get his plan to abolish the council since he has begun the initiative for it in New Delhi.

As YSR Congress has been providing issue-based support to the Narendra Modi government, he might not find it difficult to get the Centre’s approval to abolish the council.

The Andhra Pradesh government’s plan to abolish the council also throws light on how the legislative council was done away with in Tamil Nadu by the late M G Ramachandran’s All India Anna Dravida Munnetra Kazhagam (AIADMK) government.

The idea of abolishing the council never crossed Ramachandran’s mind despite the Upper House being a thorn in the flesh of his government.

What ultimately forced him to do away with the council was when Tamil Nadu governor Sundar Lal Khurana questioned Ramachandran’s wisdom in nominating “Vennira Aadai” Nirmala to the council in 1986.

Nirmala, a co-star of Ramachandran in many of his films, had declared insolvency earlier. As an insolvent person cannot be a member of Parliament or state legislature, her nomination was challenged in the Madras High Court.

Ramachandran stepped in to help Nirmala by providing her funds from the AIADMK and her nomination was thus made valid. Nirmala, however, withdrew her nomination, leading to Khurana questioning him why the actor was nominated without proper vetting.

Angered over the governor questioning his nomination, he passed a resolution on 14 May 1986 to abolish the council.

Probably, Ramachandran got a cue from Rama Rao, who endearingly called the former “anna” or elder brother.

Will history be repeated? We will likely know the answer next week.