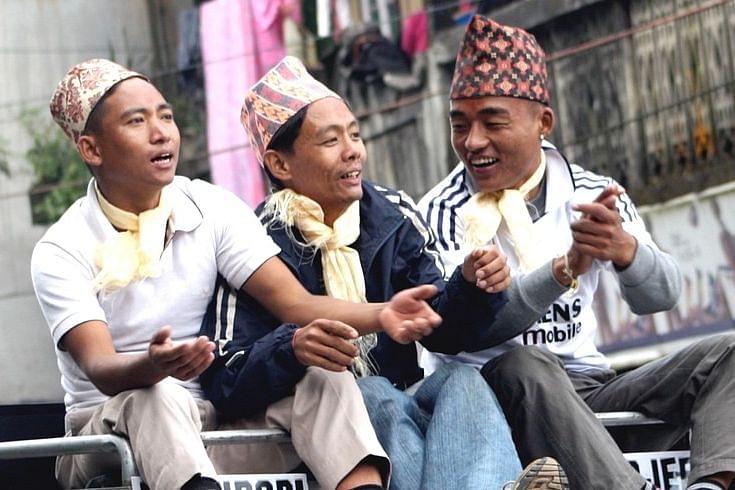 The Bharatiya Janata Party (BJP)-led alliance government in Assam has fulfilled a major poll promise by granting immunity to Gorkhas residing in the state from prosecution under the Citizenship Act, 1955.

The state cabinet has also decided to withdraw all cases pending against Gorkhas in the Foreigners’ Tribunals.

In early July, the Assam government declared Gorkhas living in Bodoland Territorial Region (BTR) of the state as a ‘protected class’, thus enabling them to buy, sell and transfer immovable property. That move benefited around 1.65 lakh Gorkhas staying in the BTR.

On 20 July, the Assam government also included Gorkhas, along with the indigenous Moran, Motak, Ahom and Chutia communities, in the list of ‘protected classes’ in the Sadiya Tribal Belt (STB).

While the BTR comprises Kokrajhar, Chirang, Baksa and Udalguri districts, the STB stretches across most districts of Upper Assam.

But its the move to grant immunity to Gorkhas staying in Assam from prosecution under the Foreigners’ Act and withdrawal of cases pending before Foreigners Tribunals against Gorkhas that is being hailed by the community as a major step.

According to the Assam unit of the Bharatiya Gorkha Parisangh (BGP), a pan-India body of Gorkhas living in the country, about 22,000 Gorkhas in Assam had been declared ‘doubtful voters’, or ‘D-voters’ who had been issued summons to appear before Foreigners’ Tribunals. Many Gorkhas had even been lodged in detention centres for illegal immigrants.

“This is a very welcome move and will remove the ‘illegal migrant’ or ‘foreigners’ tag from Gorkhas who are actually citizens of Assam. Now, all Gorkhas will be eligible to vote as Indian citizens,” said BGP national secretary Nanda Kirati Dewan.

D-voters and people against whom cases were pending before Foreigners’ Tribunals in the National Register of Citizens (NRC) did not find their names in the final NRC, causing disquiet in the community.

In October 2018, the Union Ministry of Home Affairs (MHA) had clarified that under the 1950 India-Nepal Friendship Treaty, Gorkhas who had entered India from Nepal with or without passports or visas, and are residing in the country, will not be treated as illegal migrants and will not be prosecuted under the Foreigners Act.

The non-inclusion of names of many Gorkhas of Assam in the final NRC had become an issue in the assembly polls in Bengal.

Non-BJP parties, primarily the Trinamool Congress and its allies in the Darjeeling Hills, had tried to mislead the Gorkhas of Bengal by projecting the BJP as ‘anti-Gorkha’ for the non-inclusion of names of many Gorkhas in the NRC in Assam.

The BJP had held out the assurance at that time that all Gorkhas who had been declared as ‘D voters’ in Assam and against whom cases were pending in Foreigners’ Tribunals will be cleared of the tag and the charges.

Darjeeling Lok Sabha MP Raju Bista tweeted his appreciation of the Assam government’s move that has been hailed by the Gorkhas in Assam as well as Bengal and the rest of the country.

The Assam government has also, in early July, decided to use the ‘Gorkha’ nomenclature for Nepali-speaking people of the state. That was also welcomed by the community which held that terming them as ‘Nepalis’ portrayed them as citizens of another country (Nepal).