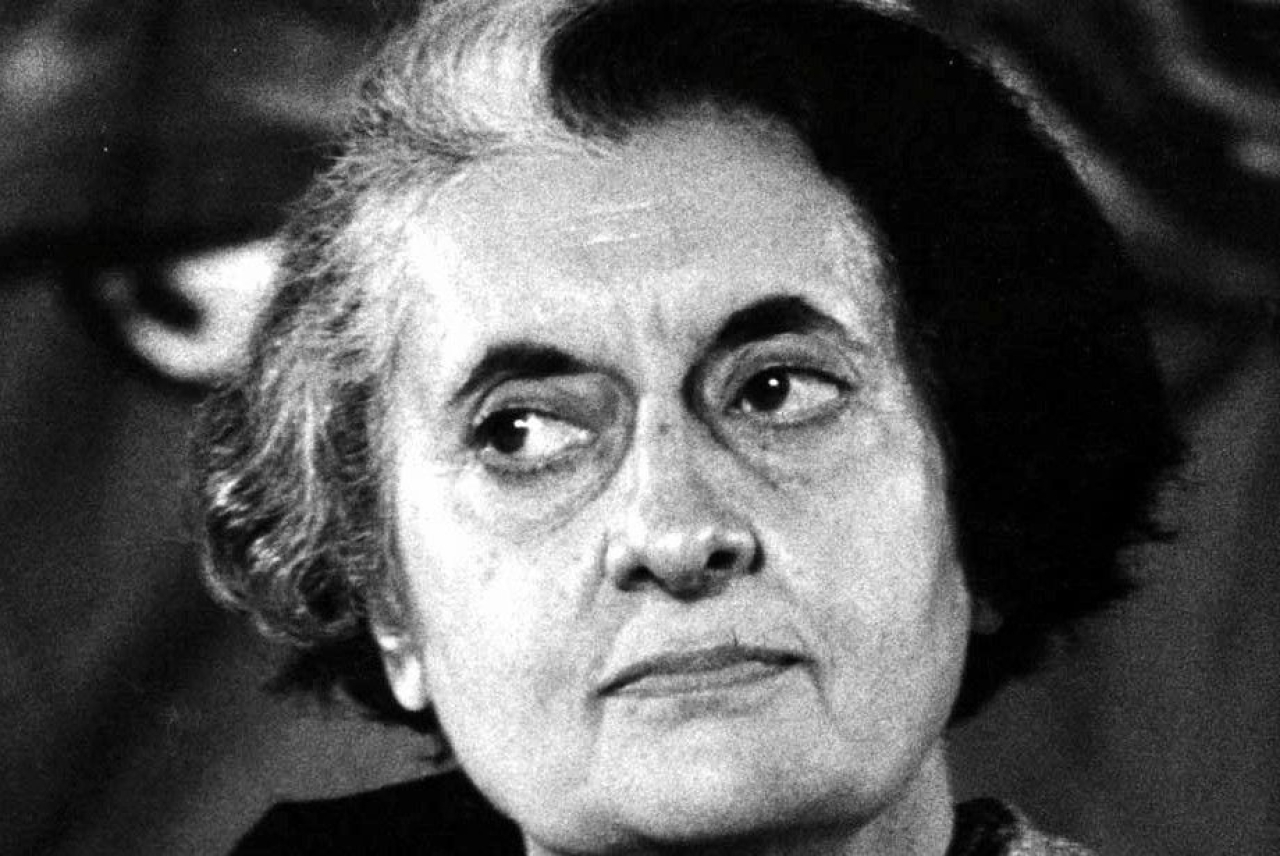 In a recent speech, Congress chief Sonia Gandhi attacked the PM Modi-led government for “effort to stifle dissent”, after the recent violence at the Jawaharlal Nehru University (JNU).

“Yesterday’s bone-chilling attack on students and teachers at the JNU is a grim reminder of the extent the government will go to stifle and subjugate every voice of dissent,” she said.

Other Congress party leaders like P Chidambaram, Shashi Tharoor and Randeep Surjewala also attacked the government for the violence that gripped the university two days ago.

However, before making these comments, the Congress party will also have to make it clear whether it stands by the treatment Indira Gandhi meted out the JNU - her own creation launched in 1969 along with her education minister, Syed Nurul Hasan.

Indira Gandhi and her dream-child JNU

In an 2016 NDTV article, Chandan Mitra says that Indira Gandhi floated the university on the lines of colonial Britain's Hailesbury College to produce and train intellectual comrades that will populate the bureaucracy, and Syed Nurul Hasan, a staunch comrade himself, filled the university’s teaching position with committed communists.

The university was submerged not only in the large amount of public money bestowed upon it, but also the system of patronage and favours in the education hierarchy.

“[JNU] costs nearly Rs 2 crore a year to maintain, has an allocation of 1,000 acres of prime land for development at its disposal, and probably the highest teacher-student ratio (one teacher for every 10 students) anywhere in the Third World. Most of all, it was blessed, nurtured, and patronised by the most powerful political leader in India - Indira Gandhi, who till recently was also its chancellor”.

The university and the mother-patron relationship worked great initially.

According to Mitra, for the first few years, the university was “peopled mostly by products of "elite" institutions like Delhi's St Stephen's College who volubly mouthed "revolutionary" slogans, but in practice served the Indian state's objectives with full gusto by joining the civil services in hordes”.

However, later on, much to the disappointment of Indira Gandhi, the institute took a turn towards hard Left, “thanks to the curricula and faculty carefully chosen by Syed Nurul Hasan from his pool of pro-CPI teachers”.

Established in 1969, JNU faced its first closure within 6 years. During Emergency, several student leaders from JNU were arrested and locked up. Sanjay Gandhi reportedly had very less patience for the university protesters.

Student-mob violence is an old story in JNU

However, after the Emergency and the Janata Party interregnum, when Indira Gandhi came back to power, Sanjay was out of the picture, and even if unstable, an equilibrium was reached between Gandhi and JNU, and “the subsidies returned, and the system of patronage and favours in the education hierarchy was restored”.

The student politics had already taken a toxic turn towards the violence, which would later also erupt between rival left groups, and the Indira Gandhi administration had to frequently send police to control the situation (non-Left was pretty much non-existent in the campus at the time).

Gandhi wouldn’t tolerate such disrespect of a child she had fed and fattened so carefully.

In a February 1981 India Today issue, Correspondent Sunel Sethi’s ground report was published after the university was shut down for over 45 days. The shut-down was allegedly due to the violence by student-mobs becoming excessively acute.

“A single student can paralyse its functioning for nearly a month-and-a-half on account of his suspension,” the report notes.

This student was Rajan G James, who was suspended for abusing the acting vice-chancellor in full public view, including an alleged comment about raping his daughter.

This was not the first and last such incident. Two years later, JNU again saw riots after Jalees Ahmed, a student of Jhelum Hostel was transferred to Ganga Hostel.

The student-mob of over 100 entered the vice-chancellor's residence, snapped telephone and electricity connections, and gheraoed university officials - whose health began deteriorating in the 50-hour hostage situation. The doctor who came to attend them was also heckled and mistreated.

The police had to intervene.

The police lathi charged the gherao and rescued the three officials. Thirty-seven students were arrested. The agitators then went on a rampage with indiscriminate stoning of teachers' houses and cars. Their houses were ransacked, articles stolen, books burnt and arson attempted.

JNU was closed and complete vacation of hostels was enforced. This was April 1983.

The same year, Indira Gandhi was shouted down by students while addressing a function in the university. As the AIR was broadcasting her speech live that day, slogans against her were heard nation-wide. Over 300 students were arrested, charged under various sections of the Penal Code and even sent to the Tihar jail the same year.

Under Indira Gandhi’s chancellorship, the university had also banned convocation at JNU.

This was after the first convocation in 1972, when Balraj Sahni purportedly gave a radical speech, and the then student union leader VC Koshy followed up with stinging remarks against the administration.

The second convocation ceremony occurred only 46 years later, in 2018.