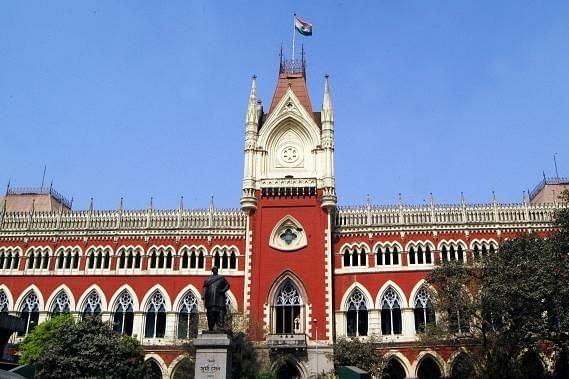 On Friday (18 June), taking note of the inaction of the state government over the matter of post-poll violence in West Bengal, the Calcutta High Court ordered the National Human Rights Commission (NHRC) to constitute a committee to examine the complaints filed by persons who were displaced during the violence.

A five-judge bench headed by Acting Chief Justice Rajesh Bindal and comprising Justices IP Mukerji, Harish Tandon, Soumen Sen and Subrata Talukdar was hearing several petitions claiming that hundreds of persons got displaced amidst the post-poll violence in the state, and were unable to return to their homes due to the fear of a backlash by ruling party members.

Regarding their plight, the court observed:

“There are lot of issues which have not been addressed by the State despite raised in various petitions pending in this court. People are facing difficulties. Even the persons who have been reinstated back, are being threatened again, whereas some are still not able to come back. The effect of this inaction on the part of the State is also that these people are not able to earn their livelihood. The complaints filed by them to the police are not being acted upon... they are being threatened with cross cases.”

The court also noted petitioners’ contentions that the victims were being further harassed by the administration — some of them were being pressured to write that they never filed any such complaints; their statements are not being recorded; and their licenses are not being renewed.

The court said in the order that instead of giving any specific replies, the state government in its affidavit had made a “general statement” that all the petitions were “politically motivated".

The court reminded the Mamata Banerjee government that it was duty bound to maintain law and order in the state.

The court also said that the West Bengal government was obligated to ensure that people, who got displaced during the post-poll violence, are able to return to their homes.

Earlier the court had asked the State Legal Services Authority (SLSA) in West Bengal to look into the complaints of the displaced persons. The court, looking at the report, said that the facts reflected therein are quite different from what the State has been claiming.

"The State from the very beginning had been denying everything, but the facts as have been placed on record by the petitioners and also as is evident little bit from the report dated June 3, 2021 compiled by the Member Secretary of the West Bengal State Legal Services Authority, are different," it noted.

The court also warned the Mamata Banerjee government that there should be no obstruction against the NHRC inquiry. "Such obstruction shall be viewed seriously, which may entail action under the Contempt of Courts Act besides others," the order said.

Recently, the women victims of the violence approached the Supreme Court of India (SC) seeking an SIT probe into all incidents of violence and the inaction of the police. In their petitions, the victims narrated how they were beaten badly, gangraped in front of family members including children, how their houses were ransacked and valuable things stolen, and how they had to witness their relatives being hacked to death in front of their own eyes.

The women told the court that over this, they were being harassed by the local administration as well as the police to withdraw their complaints.