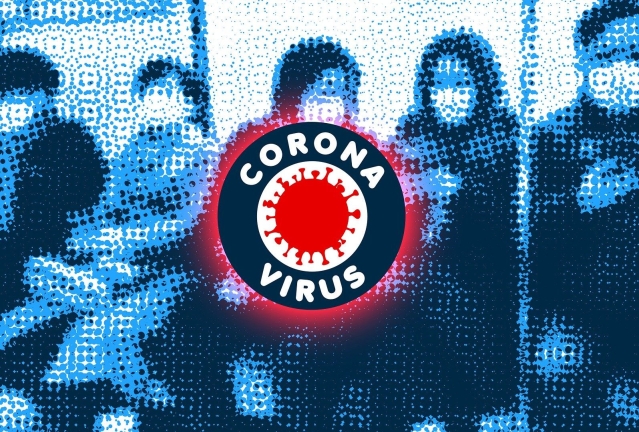 The detection of Kolkata’s fourth coronavirus positive case — a 57-year-old man with no travel history and no reported contact with anyone who returned from abroad — has triggered grave apprehension of community transmission within the state administration and the medical fraternity.

The man, a resident of Dum Dum in the eastern suburbs of Kolkata, had been suffering from fever and cough for a few days. He was admitted to a private hospital at Salt Lake on Monday and his condition worsened on Thursday.

His swab samples that were sent to the super-speciality SSKM Hospital in Kolkata came out positive on Friday.

The samples were sent to ICMR-NICED, the nodal diagnostic laboratory for the eastern region. The confirmatory tests also came out positive on Saturday evening.

Health officials are identifying and isolating all family members of the patient, who is suffering from acute respiratory syndrome and is on a ventilator, and also all those who he came in touch with.

The patient is said to be in a critical condition. The private hospital he is in said that right from the time he was admitted, full precautions had been taken by all doctors, nurses and other staff who came in contact with him.

According to state health department officers, the patient did not come in contact with anyone who has returned from abroad and has no recent travel history. This has led to grave concerns over the possibility of community transmission which would indicate that the pandemic has reached stage 3.

Stage 3 of the pandemic is marked by swift transmission of the virus within a local community and an exponential increase in the number of Covid-19 positive cases.

A 23-year-old woman, a resident of Habra in North 24 Parganas district adjoining Kolkata, landed in the city from Scotland via Mumbai on Thursday.

She was detected with fever during thermal screening at the Netaji Subhas Chandra Bose International Airport and was sent to the Infectious Diseases Hospital (IDH) at Beliaghata in east Kolkata.

She was admitted to the IDH and her swab samples turned out to be Covid-19 positive on Friday. Confirmatory tests at ICMR-NICED on Saturday also proved positive.

The woman’s father, friend and family driver who had received her at the airport have been kept in home isolation. However, the woman had reportedly stood in a long queue for over an hour at the emergency ward of the IDH on Thursday.

State health officials are tracing the people she may have been in contact with at the IDH queue as well as her co-passengers on the flight from Mumbai.

Chief Minister Calls For Halt To Entry Of Trains

Irked by reports that the Railways is running two special trains to bring in thousands of migrants from Bengal who were stranded at Mumbai and Pune stations, Chief Minister Mamata Banerjee has asked the chief secretary to speak to top railway officials to halt the entry of trains from other states to Bengal.

Maharashtra is the worst-affected state and the lock-down there has led to lakhs of migrants (mostly unskilled and semi-skilled labourers) rushing to get back to their home states.

Migrants from Bengal form a large chunk of the labour force in Maharashtra. At least 10,000 migrants in two special trains are now on their way to Bengal.

The Chief Minister, in an interview to a private TV channel, said Saturday: “Why can’t these states (meaning Maharashtra) take responsibility for these people’s (migrants) health when they make them work? I have asked the chief secretary to urge the railways to stop trains to Kolkata. We will not allow them to enter the state if they keep sending trains here”.

This has led to apprehension that the chief minister may soon ask the state police to halt all trains at the state’s borders, triggering yet another crisis with tens of thousands stranded at the interstate borders with Odisha, Jharkhand, Bihar and Assam.

Interstate passenger buses have already been stopped and indications are that entry of all vehicles from other states into Bengal will also be banned.

The Bengal government has asked all civic bodies in the state to conduct intensive surveys in their respective areas and map areas where people are suffering from cold, cough, fever and sneezing.

This mapping will be followed by screening all such patients individually and sending those suspected of Covid-19 infection for further tests and quarantine.

Top state officials said that the survey, which the civic bodies have been asked to expedite, will help the state government formulate a lockdown plan.

The officials said that a lot of preparatory work needs to be done before ordering a lock-down of a specific area. Only if a significant number of people residing in an area are detected to be Covid-19 positive will a lock-down of that area be ordered, they said.

State officials are worried because population density, especially in urban and semi-urban areas of Bengal, is one of the highest in the country. Community transmission could thus affect a huge number of people.

“We (Bengal) are still in stage 2 of the pandemic since three of the four Covid-19 positive patients came in from other countries. We are worried, though, about the fourth case (the critically ill man in the Salt Lake hospital) and are tracing his contact history,” a senior health official said.

He added that a contingency plan has been kept ready if any sign of community transmission is detected. That plan involves a total lock-down.