Bullet Train Timeline To Be Reassessed, But Project Well On Track, Says Railway Board Chairman 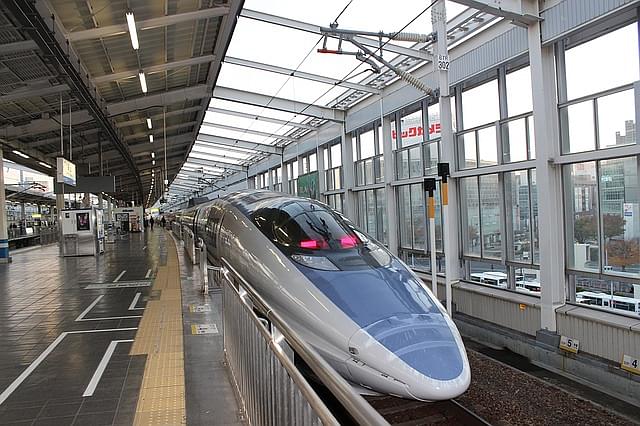 Amid reports of India's first bullet train project facing a massive delay of about 5 years, the Railways has made it clear that the work on the high speed corridor is progressing well, but the real timeframe for its completion can be gauged within the next three to six months when the status of land acquisition will be ascertained.

According to the National High Speed Rail Corporation Limited (NHSRCL), the implementing agency, the target date for the completion of the project is December 2023.

"In a linear project like the bullet train project, work can only begin when a certain amount of land is available. While 82 per cent of the land has been acquired in Gujarat, in Maharashtra land acquisition is only at 23 per cent," Railway Board Chairman VK Yadav said in a presser here.

So far, 63.4 per cent land or 885 hectares out of 1,396 hectares, has been acquired for the bullet train, Yadav, who has become the first CEO of the Railway Board, told reporters through a video conference.

The government had been keen on opening at least a portion of the project by August 2022, to coincide with 75 years of Independence.

Asked about the timeline, Yadav said "We are hoping that within the next three to six months, we will be able to get to that point. Our designs are ready and we are set to go. It is true that the tenders and land acquisition were delayed a bit due to the coronavirus pandemic, but I can say that the project is progressing well."

The 508-km Mumbai-Ahmedabad High Speed Rail Corridor is being constructed with an 80 per cent loan from Japan at 0.1 per cent interest and a 15-year moratorium, with the system to be built mostly with Japanese technology on the lines of the Shinkansen.

As of now, nearly 82 per cent of land needed in Gujarat or around 780 hectares out of 956 hectares has been acquired by National High Speed Rail Corporation Limited (NHSRCL), the implementing agency, which was set up in 2016 with equity participation by the Railway Ministry and the Maharashtra and Gujarat governments.

Currently, 23 per cent of land needed in Maharashtra or nearly 98 hectares out of 431 hectares has been acquired.

"We have positive hope to get land. We are fully geared up...For bullet train, all designs have been finalised and all issues related to forest and environment, we have got complete clearance. Land acquisition is an issue. Unless we have land for a sufficient stretch, it is not advisable to proceed further. Work on a linear project starts only when you have at least 90 per cent of land," Yadav added.

The remaining stretch is in Dadra and Nagar Haveli, out of which seven out of nine hectares have been acquired.

Dismissing news reports that Japanese firms were not keen on the project any longer, he said both Indian and Japanese companies were on board and urged people not to pay heed to such rumours.

Yadav also announced that the Railways will begin the recruitment process for 1.40 lakh posts in three categories from 15 December.

The exams could not be conducted due to Covid-19 as a computer-based exam was to take place, he said, and added, "The computer-based exams will begin from 15 December for the three categories of posts and a detailed schedule will be announced very soon."

Railways had invited applications for recruitment in various categories for 140,640 posts. These were notified in the pre-Covid period.

Scrutiny of these applications was completed, but due to coronavirus pandemic a computer-based examination could not be completed," Yadav said.

Railways has also announced 80 new special trains or 40 pairs of trains which will start operating from 12 September. Reservations will begin from 10 September. These will run in addition to the 230 trains already in operation.