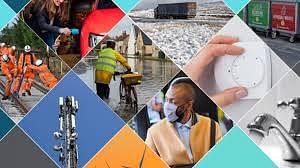 The UK infrastructure bank will launched in April this year, Chancellor Rishi Sunak announced during his budget speech on Wednesday (Mar 2).

The infrastructure bank, set up with an initial capitalisation of £12bn, is expected to attract at least £40bn of private investment in infrastructure- related areas including energy, water, waste, transportation and digital.

The infrastructure bank is envisaged to play a pivotal role in catalysing the necessary investment needed for projects to support economic recovery, net zero and enabling UK to achieve an inclusive development across various regions.

“This future economy won’t be created in any one Budget but today we lay the foundations. Our future economy needs investment in green industries across the UK, so I can announce today the first ever UK Infrastructure Bank." Sunak said

“Located in Leeds, the bank will invest across the UK in public and private projects to finance the green industrial revolution and starting this spring with an initial capitalisation of £12bn and we expect it to support at least £40bn in total investment in infrastructure.” he added.

Sunak said he would entrust the bank with delivering "world-class infrastructure" by investing in sectors such as renewable energy, carbon capture, storage and transportation, and providing low-rate loans to mayors and councils to fund projects.

He said the institution's objectives were to help deliver the UK's commitment to reach "net zero carbon" by 2050 and to support regional and local economic growth.

In Nov last year, Sunak had announced the plans for a UK Infrastructure Bank, as part of his Spending Review announcement.

The National Infrastructure Commission has welcomed the announcement in today’s Budget on next steps for the creation of a UK infrastructure bank, based in Leeds.

Julia Prescot, Commissioner, said: “We welcome the progress towards establishing an infrastructure bank, as recommended by the Commission. The bank can play a key role in catalysing the investment needed for projects to support economic recovery, net zero and enabling all parts of the UK to meet their long term growth potential.

National Infrastructure Commission (NIC) Sir John Armitt had often called for the creation of a UK infrastructure bank, to serve as a replacement for the European Investment Bank.

As member of the EU, the UK could access the funds of European Investment Bank (EIB). The EID is estimated to invested €165bn in the UK economy. But with Brexit, UK’s can no longer count on EIB.