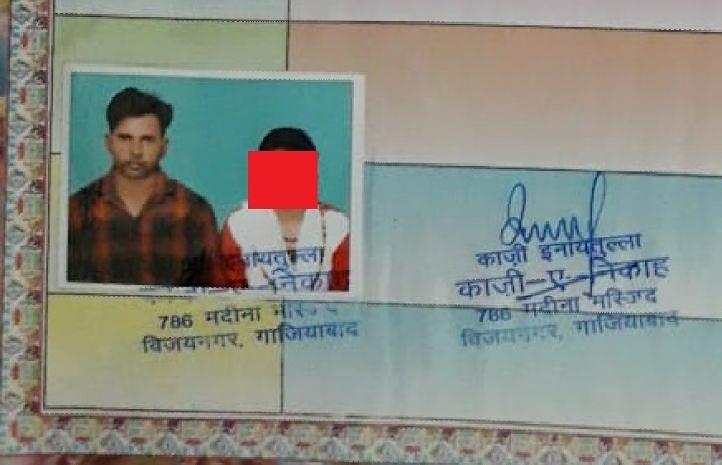 A minor girl from Bihar’s Begusarai district studying in Class XI has been missing since 20 November.

A first information report (FIR) in this regard was registered at Muffasil Police Station’s Dumri block on 22 November (number 612/19) under IPC sections 366 (procuration of minor girl) and 364 (kidnapping or abducting in order to murder).

The accused was named as Mohammad Jaseem alias Sameer on the statement of the girl’s family. The girl studied at Jaseem’s coaching centre before she went missing. According to her Aadhaar card which the family gave to the police, she is 17 years old.

After Swarajya reported the case, the National Commission for Protection of Child Rights (NCPCR) took note and wrote to the Police Commissioner of Begusarai, directing him to take action and submit an inquiry report on 10 December.

On the due date, the police asked for more time. The commission rescheduled the meeting to 16 December.

This correspondent has exclusively learnt that the police failed to submit the report even on 16 December and the commission has now sent summons to the Begusarai Superintendent of Police (SP) to appear before it on 20 December.

NCPCR chairman Priyank Kanoongo told this correspondent, “earlier, we had asked the investigating officer to appear before the commission. Now, we have directed the SP himself to meet us.”

Kanoongo said that the police have not given any information to the commission so far, but he learnt on social media that the minor girl has undergone religious conversion.

“This is a grave violation of child-related laws. The commission is taking a strict view of it. Conversion when the child is still a minor is considered to be forced,” he said.

Swarajya exclusively reported last week that the accused sent a series of WhatsApp messages to the girl’s family a few days earlier. The messages contained images of the girl’s religious conversion and nikah papers, and a few, short, mobile-shot videos of her.

The girl's family is Hindu and belongs to a backward caste.

In the videos, the girl is seen telling the family that it was she who forced the accused to run away with her, and her family should now mind its own business. She says she is 20 years old and free to take decisions on her marriage and life.

Kanoongo said, “if any laxity on the part of district police comes to light, the commission will direct the state authorities to take strict action against them. If need be, we will approach Centre too.”

“This could be a case of human trafficking or forced conversion. We will look into it. As of now, our priority is to rescue the girl,” he said.

The conversion certificate and the nikahnama that the accused sent on WhatsApp, have been issued by one Madina mosque in Vijaynagar area of Uttar Pradesh’s Ghaziabad district and is dated 25 August and 27 August 2018, respectively. The girl’s year of birth on the papers has been mentioned as 2000 as opposed to 2002 mentioned on her Aadhaar card.

Kanoongo said that once the commission has all the records related to the case, it will initiate proceedings. “Action will also be taken against those sitting outside mosques and putting seals on such conversion papers,” he said.