China Meant To Test The World With Its Incursions Into India, But Tide Turning Against Beijing: Mike Pompeo 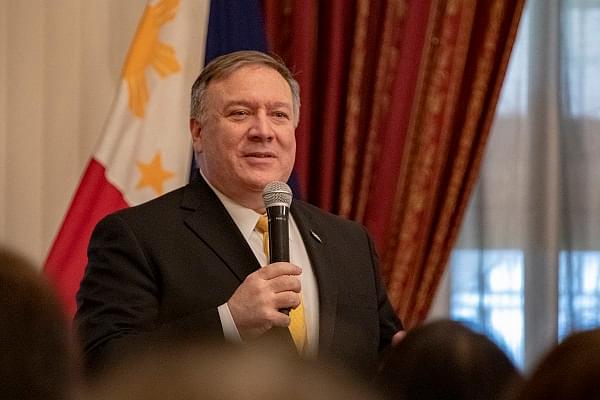 China is testing the world with its incursions into Indian territory but the tide is turning against Beijing, according to US Secretary of State Mike Pompeo.

"The claim that they now made for real estate in Bhutan, the incursion that took place in India," Pompeo said on Thursday, are signs the Chinese "are probing the world to see if we are going to stand up to their threats, to their bullying."

"And I am more confident than I was even a year ago that the world is prepared to do that," he declared during a hearing by the Senate Foreign Relations Committee.

It is going to take a global effort to confront the Chinese Communist Party, he said.

He mentioned the "idea of a new alliance of democracies" for this and said there was a lot discussions with "friends in the region" about the shape it would take.

"We are working diplomatically to build out a set of relationships, whether that is a part of a formal organisation or not, I am not sure I know the answer to it yet," he said.

"There is a lot more work to do and we need to be serious about it," he added.

He said that it is "fundamentally false" to say that the US was "asking nations to pick sides" between Beijing and Washington.

"We are asking every sovereign country to pick between freedom and tyranny and that is choice every leader has got to make," he said.

He said, "They all know that the United States is the country that they want to be alongside. They all know that freedom and our value system and the rule of law and property rights and the protection of these inalienable rights is central to their country and I think that is why the tide is turning around the world, that people are seeing the Chinese Communist Party for what it is, the threat to the security of their people."

Pompeo criticised past leaderships of the US and elsewhere for missing Beijing's threat that was growing while their eyes were clouded by economic gains.

"For an awful lot of time, not just the United States, but the whole world saw that there were lucrative opportunities in China. And that was basically foreign policy: Sell as much as you can, outsource jobs, build supply chains," he said.

He said that he had been "travelling the world trying to raise awareness of the threat".

"There are still nations who understand this threat but don't feel like they are empowered, that they are in a position where they can withstand the threats that come from the Chinese Communist Party and they need to be reassured of support," he said.

Pompeo, who has spoken about the Chinese military threats in the seas of the Indo-Pacific region and the mountains of the Himalayas, spoke of the threats to the economies from Beijing's drive for global domination and said a multi-front campaign is needed to confront them.

"India has banned 106 Chinese applications that threatened its citizens' privacy and security," he said.