‘Church Functioning Like Underworld’: Former Nun Who Wrote A Book On Her Travails 10 Years Ago 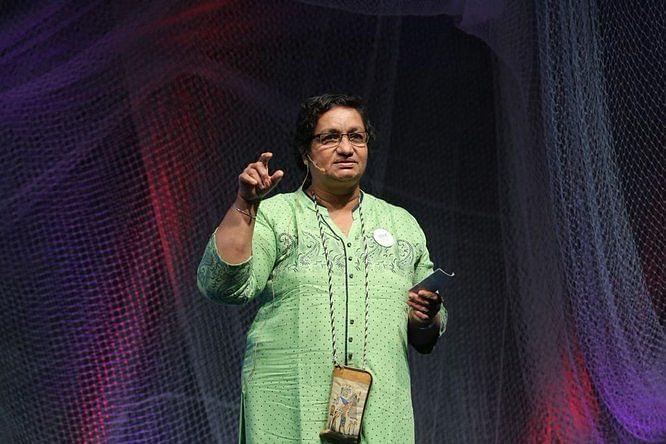 The release of the autobiography Karthavinte Namathil (In the Service of the Lord) in Kerala by Sister Lucy Kalapura, the nun, who was expelled from the Catholic order Franciscan Clarist Congregation, where she was working, has opened a can of worms on the functioning of the church in the southern state.

Another former nun, Sister Jesme, who renounced her monastic life while serving the Congregation of Mother of Carmel 11 years ago, has said the church is functioning like an underworld. Some, who have opted to lead a spiritual life, have ulterior motives, she has said.

The nun, who was born Meamy Raphael, told Kerala Kaumudi that nuns and priests, who are good at heart, hide the shady happenings in churches as they fear for their lives.

Sister Jesme was the first nun in Kerala to shock the world over the functioning of the church with her book Amen: The autobiography of a nun in 2009. She had quit as nun citing harassment by her superiors.

One of the shocking incidents quoted by her in the book is how a priest, who had moved to Bangalore from Kerala, stripped her, saying he wanted to “look at a man”.

Recounting her bitter experience as a nun, Sister Jesme said a majority of the 3,800-odd nuns in Kerala were scared to speak the truth as they could be sidelined or seen as an enemy.

She has recounted an incident wherein a nun was asked to undergo surgery to have her uterus removed by the hostel head but she refused. When confronted, the hostel head gave a shocking reply.

The head of the hostel continues to be in service, she said, wondering how could injustices come to light when such people serve the church.

Last year, reacting to the slew of concerns over the happenings in Kerala churches, Sister Jesme, who was the vice-principal at Thrissur’s Vimala College until 2008, said things are only getting worse year after year.

In particular, she said that confession, which was meant for mental peace, was being misused. During confessions, when nuns confessed to having felt pleasure, considered a sin, priests would probe further for details.

Sister Jesme, soon after renouncing as a nun, said in an interview that she was branded as a mental patient. She said she wrote her autobiography so that the world could know what happened within the four walls of the church.

She then said that those misusing the church could go to any extent and “lust for money” was breeding “all other forms of lust” for which even murder could be committed. She was referring to the murder of Sister Abhaya, who was killed for witnessing sex in a convent.

On the other hand, Sister Lucy Kalapura’s book talks of how young nuns are sent to priests, who are sex maniacs. She has charged the Syro-Malabar Church and its congregations of becoming centres of “sexual anarchy”.