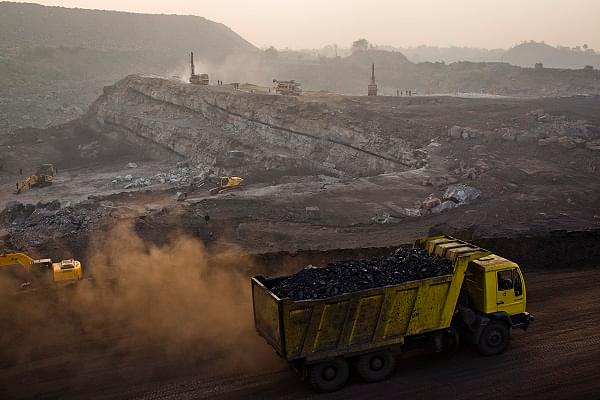 The Union Coal Ministry on Tuesday announced it has received 82 bids from 46 companies for 23 coal blocks that were auctioned for commercial mining.

In June this year, Prime Minister Narendra Modi had launched the auction process for 41 coal blocks in the country for commercial mining, a move that opened up India’s coal sector for private players. The prime minister had described the move as a major step in the direction of India achieving self-reliance.

Modi said that dismantling of state monopoly on coal mining was tantamount to ‘unshackling reserves from decades of lockdown’, adding that he hoped it could lead to India becoming a net exporter of the fuel.

At present, despite being the world’s fourth-largest producer (it produced 729 million tonnes in 2019-20), India is also the second-largest importer of the dry-fuel (estimated imports of around 135 million tonnes). India consumed around 977 million tonnes of coal last year (year-end March 2020) which meant it imported 248 million tonnes

The auction follows a series of steps initiated by the Modi government to end the near monopoly of Coal India in the mining (around 600 million tonnes of the domestically produced coal came from Coal India). India nationalised its coal industry in 1973 allowing domestic coal to be mined only by public sector companies.

In a big to attract foreign players, the Ministry of Coal in August announced that it will permit 100 per cent Foreign Direct Investment (FDI) under the automatic route in coal mining activities including associated processing infrastructure, for sale of coal, subject to the provisions of Coal Mines (Special Provisions) Act, 2015 and the Mines and Minerals (Development and Regulation) Act, 1957.

The union government also moved to restrict the entry of neighbouring countries, including China, in the auction.

Initially, 41 mines were  proposed to be offered for the first tranche of the coal auctions. The Central government later revised the list of coal mines offered after objections from Chhattisgarh and Maharashtra. It had to withdraw five mines in Chhattisgarh and add three other blocks from the same state on the list.

Maharashtra’s Bander mine, which was earlier on the list, also had to be put down. The blocks replaced in Chhattisgarh — Fatehpur East (10 mtpa) Mogra South (6 mtpa), Mogra 2 (10 mtpa), Sayang (4 mtpa) and Madanpur North (4 mtpa) — were relatively larger, the kind investors are more attracted to.

The auction will happen in two rounds: technical and financial. The coal assets will be auctioned through the new market-determined revenue share model that replaced the fixed fee/tonne regime.

According to a report in Business Standard, Adani Mining, Essel Mining, and Hindalco, as well as several new entrants — mostly from the MSME sector and non-coal industries — have put in their bids. Among the new entrants, Andhra Mineral Development Corporation has expressed interest in two mines.