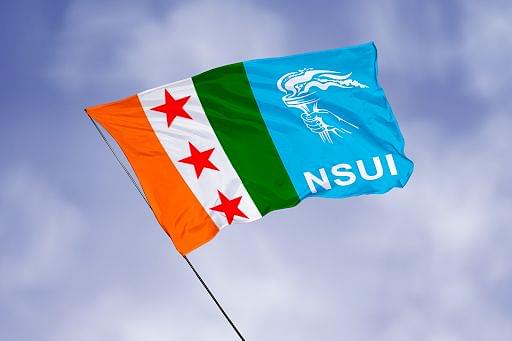 The Jharkhand unit of National Students’ Union Of India (NSUI), the students’ wing of the Congress, has expelled seven leaders for exchanging ‘Jai Shree Ram’ greetings on a WhatsApp group.

The seven, who belong to the NSUI’s East Singhbhum district committee, have been expelled for three years by the committee’s president Rose Tirkey.

Tirkey, a devout Christian, was irked by her fellow committee members greeting each other with "Jai Shree Ram" and had objected to the use of the religious slogan. She had asked members of the WhatsApp group not to use religious slogans.

However, the seven persisted with the practice, leading to their suspension. The seven NSUI leaders had argued that Tirkey herself had often attached images of Jesus and the cross with her ‘good morning’ greetings.

The seven — named as Kamal Agrawal, Raj Mahato, Rahul Giri, Anand Singh, Prashant Kumar, Lav Kumar and Jayanto Pramanik — are based in Jamshedpur, the headquarters of the East Singhbhum district, and have been very active leaders of the NSUI.

The seven also pointed out that some Muslims in the students’ body greet each other in the group with ‘Allahu Akbar’ and other religious greetings. Tirkey had never objected to that.

The seven expelled student leaders have accused Tirkey, who is reportedly associated with some evangelical Christian groups, of bias against Hindus.

They have charged her with trying to pack the NSUI district unit with her co-religionists. The expelled leaders are planning to write to NSUI national president Neeraj Kundan detailing their allegations against Tirkey.

They have also levelled allegations of misappropriation of funds against Tirkey. They said that Tirkey had diverted funds meant for organisational work to Christian evangelical outreach programmes.

Tirkey, they alleged, also violated party discipline by associating herself openly with evangelist organisations, which are involved in converting Hindus, especially tribals, to Christianity.

They said that Rose Tirkey had attended some camps where evangelists had converted scores of Hindus. She had also attended programmes featuring ‘faith healers’ who lure gullible people to convert to Christianity by showcasing fake ‘miracles’.

The seven NSUI leaders have been at loggerheads with Tirkey for quite some time and have accused her of acting in a partisan manner. Matters came to a head when she reportedly tried to install a new set of office-bearers, who were mostly Christians.

The order announcing the expulsion of the seven issued by Tirkey said: “These people promoted factionalism against NSUI district president and promoted a particular religion in NSUI’s official WhatsApp group. All these leaders are being expelled immediately from the NSUI for three years for their anti-party activities, social media posts against party lines, violating organisational protocol, and promoting factionalism within the organisation”.

“Congress and NSUI are not biased or inclined to any particular religion, it’s not a party or organisation of any particular religion. There's no need and place for leaders resorting to such acts. This apart, they were continuously posting objectionable posts against the district president on social media, leading to mental harassment. They have been resorting to anti-party activities. They were also promoting factionalism and accusing NSUI district leadership of arbitrarily forming a new team,” the order stated.

Meanwhile, the Jamshedpur unit secretary of the Akhil Bharatiya Vidyarthi Parishad (ABVP) — the BJP’s students wing — Abhishek Tiwari, has invited the seven to join the ABVP.