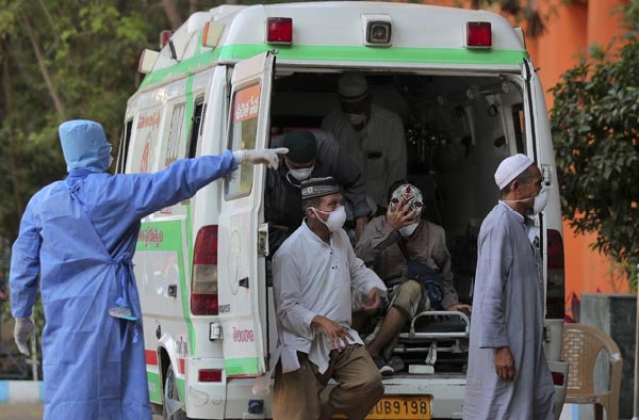 The Telangana Police’s insistence that a group of Indonesian preachers, who had landed in Karimnagar city in the state, undergo tests at a government facility led to the detection of seven people from the south-east Asian nation infected with coronavirus disease (Covid-19).

Media reports said that a group of 13 Indonesian Islamic preachers had arrived at Karimnagar on 14 March from Ramagundam and spent the night at a mosque.

When they approached the police on 15 March to report their arrival as mandated statutorily and seek permission to hold a meeting at the mosque, they were asked to undergo a health screening and revert with their reports.

Initially, the group went to a private hospital and got the reports, but the police insisted on them undergoing the tests at a government facility.

On 16 March, the Indonesians went to the government hospitals where doctors testing them found an elderly preacher suffering from cough, cold and fever — typical symptoms of Covid-19. The preacher was immediately taken to Gandhi Hospital in Hyderabad.

It was then the Telangana authorities decided to send the entire group apart from three locals, who were in contact with them, to the Gandhi Hospital. They were immediately put up in an isolation ward.

People in Hyderabad had panicked when officials first identified a person infected with the pandemic virus. The first person has since recovered.

According to Telangana Health Minister Etala Rajendar, the group of Indonesian preachers landed in New Delhi from Jakarta on 9 March.

Local media reports said 20 other Indonesian preachers were also in Telangana and police were on the look out for them.

The Indonesian preachers were screened in Delhi for the virus before they boarded a train to Bhopal, where they spent a couple of days, the minister said.

From Bhopal, the group landed at Ramagundam by the New Delhi-Tirupati AP Sampark Kranti Express travelling in S-9 bogie. Rajendar said 82 co-travellers of the group had been identified and their details have been sent to the respective states.

The Indonesian preachers belong to the Tablighi Jamaat, which means the Society for Spreading Faith that originated from Mewat in Haryana in 1926.

The Indonesian preachers had come to India, particularly Telangana, to teach Muslims of the mosque they had chosen in the town. As part of the Tablighi objective, they planned to teach the Muslims about Quran and practising their religion as it was done during the Prophet’s time.

The mosque, where these preachers go to teach, is picked by a draw of lots. The Indonesian preachers have not interacted with anyone at the Karimnagar mosque and cooked their own food. The group had also stayed in a room earmarked for them.

Local authorities are trying to find out details of the people they had interacted with and if anyone had come in contact with them.

The Tablighi Jamaat, an offshoot of the Deobandi movement, is an apolitical organisation. It spread from India to Indonesia during the 1970s.

A meeting of Tablighi Jamaat led to the infection of nearly 450 Malaysians with Covid-19.

In Indonesia, it has reported the highest number of deaths — 17— among the south-east Asian nations with 227 persons testing positive for Covid-19.