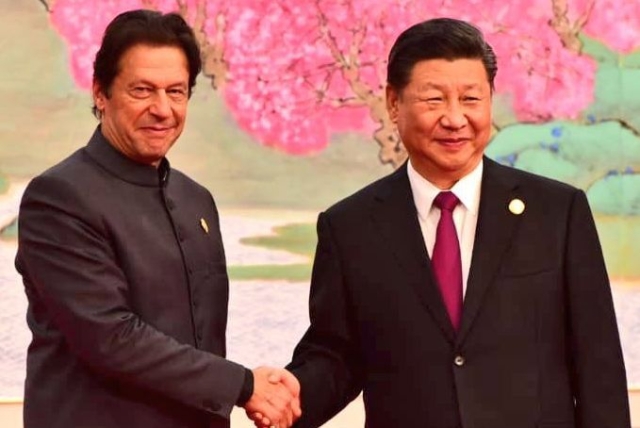 In a startling revelation, Kashmiri political activists have accused Pakistan of shifting coronavirus affected people from its most populous province, Punjab, and the rest of the country to Mirpur city in Pakistan occupied Kashmir (PoK) and Gilgit Baltistan, reports ZEE News.

Another TOI report states that quarantine centres have been set up in Mirpur and other major cities in the occupied territories to treat corona virus patients in Punjab province.

At the same time, the top army officers have ordered that care should be taken that no quarantine centre is near the military complexes situated in the Punjab region. As a result, large numbers of corona virus patients are being transferred to Mirpur city and other parts of Gilgit Baltistan.

The activists also alleges that Pakistan is deliberately spreading the coronavirus just to get their hands on international aid.

Nasir Aziz Khan, the spokesperson of United Kashmir People' National Party, said, "When Coronavirus started spreading across the world, many countries, particularly Europe took it seriously and used their best infrastructure to fight the pandemic."

However, despite all there efforts and having the best medical infrastructure, they are not able to stop the spread of this virus that has taken thousands of lives and it continues to spread rapidly.

He called the decision to move infected patients to PoK as wrong and strongly condemned it.

The people are concerned as the region already lacks basic facilities and medical staff, and already many residents of the region has to travel to different parts of Pakistan for getting treatment. Also, there is no proper testing facility in the PoK, nor do they have doctors who are trained in coronavirus tests and testing kits.

The people of PoK fear that if these centres are built for treatment in their area then the epidemic will take over the entire region and the lives of Kashmiri people will be in danger. The officials in Pakistan Army seem not at all concerned about this, as PoK and Gilgit Baltistan have no political significance for Pakistan compared to Punjab province.

Nasir said, "In Pakistan, there are better hospitals as compared to PoK, but they are shifting coronavirus positive cases to this region. When the locals started protesting, they were harassed."

It must be noted that Pakistan has still not contributed any money towards the South Asian Association for Regional Cooperation (SAARC) COVID-19 Emergency Fund proposed by Prime Minister Narendra Modi.

Pakistan Prime Minister Imran Khan had called for a debt waiver for his country due to the ongoing coronavirus pandemic and has also asked for loans from International Monitory Fund (IMF). Khan was also absent from the South Asian Association for Regional Cooperation (SAARC) video conference meeting between the heads of states, aimed at combating coronavirus.

Pakistan failed to screen and quarantine thousands of people for coronavirus or treated for existing conditions. There have already been several reports on the unsanitary living conditions at the quarantine facilities.

Already, there are 84 confirmed cases in Gilgit-Baltistan and according to Nasir, 27 people were brought to PoK on Monday (23 March), 13 of whom were coronavirus positive.