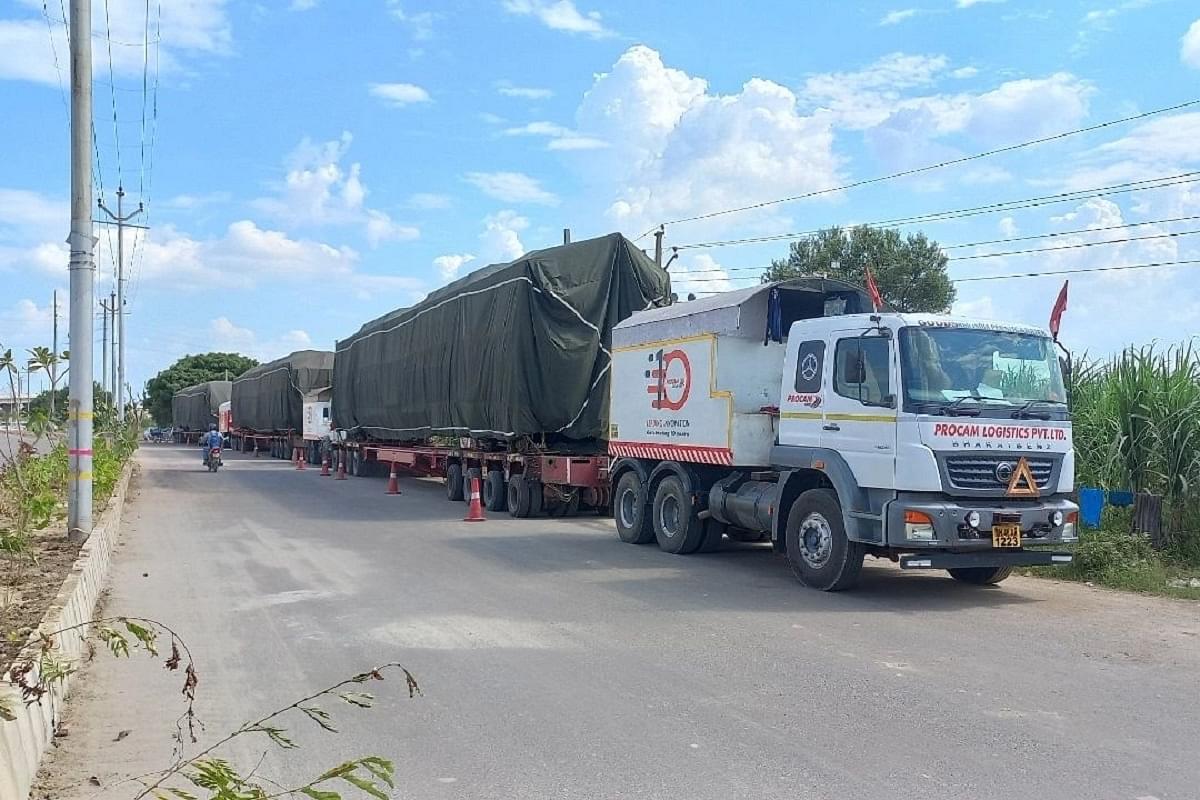 Trainset on its way to Duhai Depot.

Travelling through three states on the road, the second trainset of India's first Regional Rapid Transport System (RRTS) has reached Duhai Depot from Gujarat for the 82 km long Delhi-Ghaziabad-Meerut corridor.

Duhai Depot had received the first trainset earlier this year in June after it was unveiled and rolled out in a ceremony on 7 May 2022.

Loaded on a trailer from the manufacturing plant at Savli, the second trainset has travelled through Rajasthan, Haryana and Uttar Pradesh, and reached Duhai Depot.

The RRTS trains will have six coaches which can be further expanded to nine as per the operational requirement of the corridor. However, the Meerut Metro to be operational on the same RRTS infrastructure will have three coaches.

Under the Make-in-India guidelines, 100 per cent of trainsets for the country’s first RRTS are being manufactured in India at an Alstom (earlier Bombardier) factory located in Savli, Gujarat.

Alstom has been awarded the contract as per which they would be delivering a total of 40 semi-high-speed first-of-its-kind aerodynamic train-sets (210 cars) for the first RRTS corridor.

The regenerative braking system is an important feature of these trains, which generates electricity when the brakes are applied and the power goes back to the electric grid through the overhead traction of the train system, saving 30 per cent power cost.

RRTS is the first-of-its-kind system in which trains, with a design speed of 180 kmph, will be available every 5-10 minutes and cover the distance between Delhi and Meerut in about 55 minutes.

NCRTC has taken the initiative of building a huge system of networks by seamlessly connecting the various public transit systems in National Capital Region. With multi-modal-integration, RRTS stations will have seamless integration with metro stations, railway stations, and bus depots, wherever possible.

Once operational, the first RRTS corridor is estimated to reduce 250,000 tonnes of carbon dioxide in vehicular emissions per year. With an expected daily ridership of around 8 lakh passengers, RRTS will be the most energy-efficient futuristic transit system.

The trial runs on the priority section are expected to begin by the end of this year and it is expected to be made operational for the public by 2023.