Devbhumi's Offerings To Ram Lalla's Abode: Soil From Char Dham, Water From Alaknanda And Ganga To Be Offered In Bhoomi Pujan 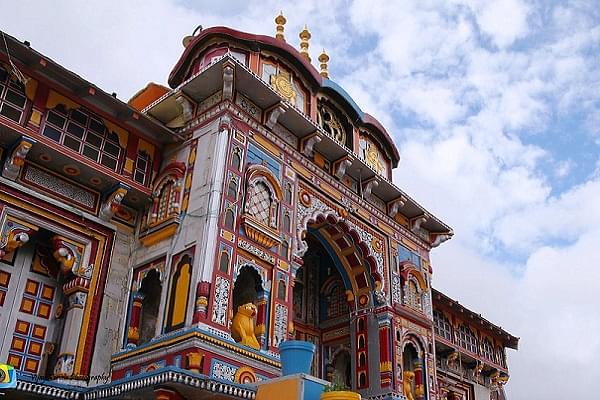 The bhoomi pujan for the Ram Mandir in Ayodhya will receive a spiritually symbolic set of elements from Devbhumi Uttarakhand. Soil from Char Dham, the four vital pilgrimage sites in the state, and water from Alaknanda river, will reach Ayodhya for the grand ceremony which is to be held on 5 August.

On Monday (27 July), the chief pujari of the Badrinath Dham handed over the soil from the Dham to pujaris.

He also handed over the water from Alaknanda. Reportedly, the soil, which carries the symbolic importance of being touched by the Garbhagriha of the Badrinath Dham, is said to be drawn from the base of the Narayan Parvat.

The holy waters of Alaknanda river, which are used for the rituals dedicated to Badrivishal, will be ferried by the representatives of the Vishwa Hindu Parishad. The VHP has dedicated teams to the task. The team carrying the soil and water from Badrinath Dham will move from Joshimath to join others.

Uttarakhand: Soil from Badrinath & water from Alakananda river is being sent to UP's Ayodhya for foundation stone laying ceremony of Ram Temple. A delegation of Vishwa Hindu Parishad y'day left for Ayodhya with the soil & water. The ceremony is scheduled to be held on 5th August. pic.twitter.com/TkbLpQbewO

In Rudraprayag, the team bringing the soil from the Kedarnath Dham will join the team from Badrinath Dham and later, both will be joined by the team carrying the water and soil from Yamunotri and Gangotri Dhams.

The teams will depart from Uttarakhand for Ayodhya on 29 July. The bhoomi pujan will mark the beginning of the construction of the grand Ram Mandir. The soil and water will go into the stone - laying ceremony, firming up a new journey for Rambhakts and Ayodhya.

VHP’s organising secretary (Western Uttar Pradesh and Uttarakhand zone), Manoj Verma, said, “Uttarakhand is known as Devbhoomi and it is considered a holy land for ages. Soil from the shrines here will be used for the groundbreaking ceremony for the construction of Ram Temple. We will send soil from all the four shrines, Kedarnath, Badrinath, Gangotri and Yamunotri along with water from there.”

He added that soil from peeths in the state will also be sent by the sadhus along with Gangajal from Har-ki-Pauri in Haridwar.