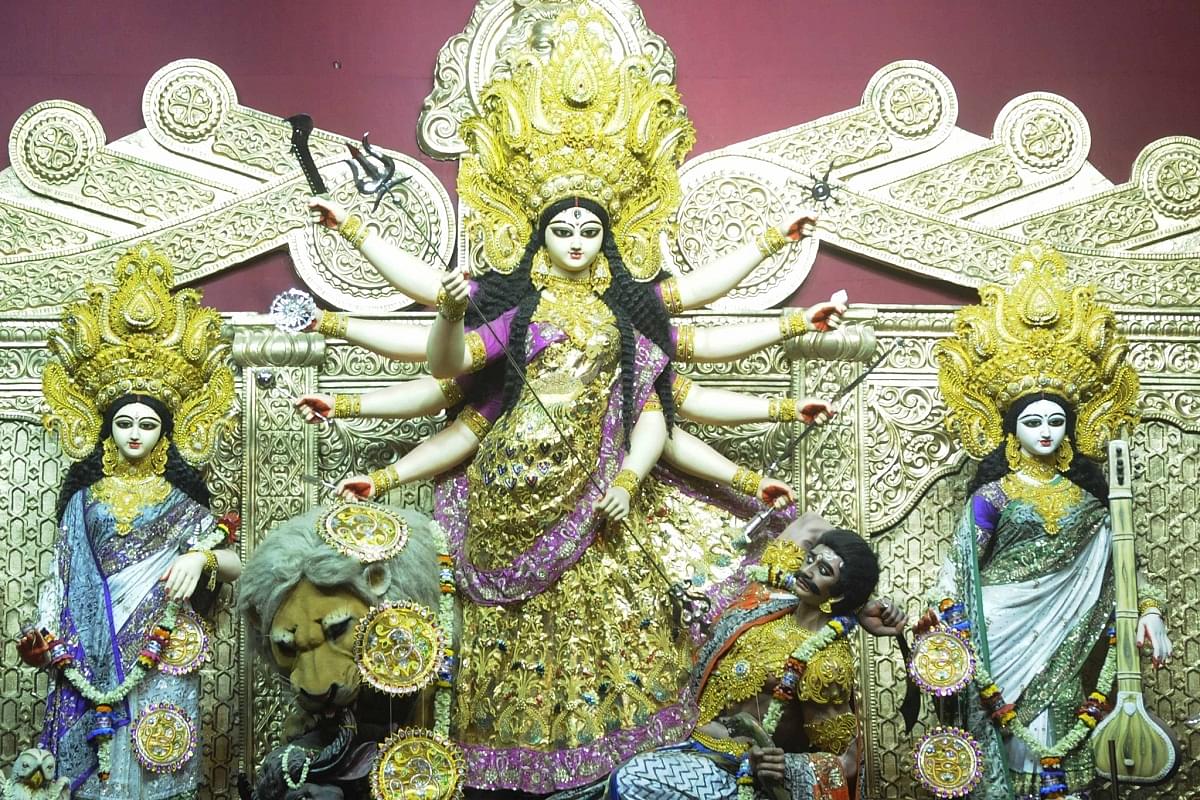 A Durga Puja pandal in Kolkata. (Photo by Samir Jana/Hindustan Times via GettyImages)

In a recognition and celebration of feminine divinity, United Nations Educational, Scientific and Cultural Organization (UNESCO) has inscribed ‘Durga Puja in Kolkata’ on its heritage list, bringing glory to India.

The Inter-Governmental Committee of UNESCO’s 2003 Convention on Safeguarding of the Intangible Cultural Heritage has inscribed ‘Durga Puja in Kolkata’ on its list during its 16th session being held in France from 13 to 18 December 2021.

The committee, in an important announcement, has commended Durga Puja for its initiatives to involve marginalised groups and individuals as well as women in their participation in safeguarding the element.

"Durga puja in Kolkata has just been inscribed on the intangible heritage list. Congratulations India," the UNESCO said in a tweet attaching a photo of the goddess with the hashtag 'living heritage'.

Hailing the decision as a "matter of great pride and joy for every Indian", Prime Minister Narendra Modi has said "Durga Puja highlights the best of our traditions and ethos. And, Kolkata's Durga Puja is an experience everyone must have."

Union Culture Minister G Kishan Reddy in a tweet said that this is a recognition of the confluence of our rich heritage, culture, rituals and practices and a celebration of the feminine divinity and the spirit of womanhood.

Durga Puja not only is a celebration of the feminine divinity but is a consummate expression of dance, music, crafts, rituals, practices, culinary and cultural aspects. The festival transcends the boundaries of caste, creed and economic classes and brings the people together in its celebration.

With the inscription of Durga Puja in Kolkata, India now has 14 intangible cultural heritage (ICH) elements on the prestigious UNESCO Representative List of ICH of Humanity.

In recent years, the ICH elements that saw inscriptions are Kumbh Mela (inscribed 2017), Yoga (inscribed 2016) among others. India is a signatory of the 2003 UNESCO Convention which aims for the Safeguarding of the Intangible Heritage along with traditions and living expression.

Intangible cultural heritage means the practices, representations, expressions, knowledge, skills — as well as the instruments, objects, artifacts and cultural spaces associated with them that communities, groups and, in some cases, individuals recognise as a part of their cultural heritage. Furthermore, its importance is not in the cultural manifestation itself, but in the wealth of knowledge, knowhow and skills that are transmitted from one generation to the next.