Explained: Why NCLAT Ordered The Reinstatement Of Cyrus Mistry As Chairman Of Tata Sons 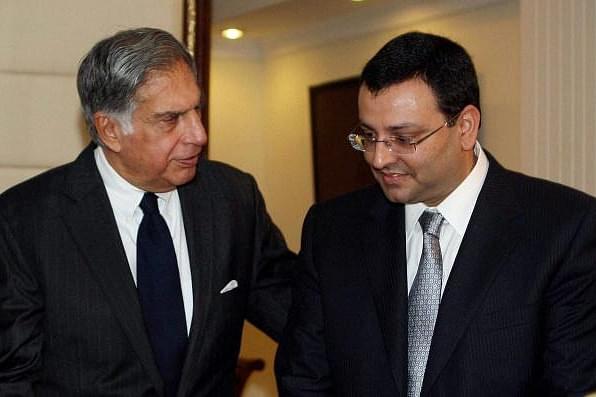 At the very kernel of the NCLAT judgement which reinstated Cyrus Mistry as Executive Chairman of Tata Sons remains prejudicial and oppressive acts, various instances of mismanagement qua numerous decisions with regard to various group companies where acts of mismanagement occurred due to the use of majoritarianism heft.

It also shows how Ratan Tata and Noshir Soonwala, representing the majority shareholders of Tata Sons (66 per cent), indulged in unabashed misuse of Articles to emasculate Mistry.

The judgment is a tale of woe for it describes Mistry as someone who was hemmed in and sequestered by the brazen might of majority shareholders.

Appearing for Ratan Tata, eminent counsel Harish Salve denied the allegations against his client saying that the nature of complaints against Mistry were in the nature of directorial complaints which cannot be raised in a petition under Section 241 of the Companies Act 2013.

Furthermore, the senior counsel appearing for independent director Nitin Nohria denied allegations that they were complicit in the October 24 palace coup "for they were not handmaidens, poodles and postmen of Ratan Tata".

All this, the judgement finds, goes against the grain of Chapter 16 of the Companies Act 2013, which relates to the provision of prevention of oppression and mismanagement. Section 241 further deals with application to the Tribunal for relief in cases of such oppression. The judgement is predicated on this chapter and section and the rights it offers minority shareholders.

Innumerable examples of emails from Ratan Tata to Mistry and vice versa have been shown as documentary evidence to support the prejudicial oppression. One such mail highlights Mistry's mail to Nohria on January 29, 2015 which expresses concern that if everything is to be presented to Ratan Tata, then what is the locus standi of the Board of Directors of the company in taking investment decisions. To this, Nohria replies that he will formulate a governance framework.

Mistry seemed unaware and not in a position to understand as to how decisions taken by the Tata Trusts before the Tata Sons board were taken. Disturbing questions have been raised over the Welspun acquisition, and Air Asia fraud, among other issues.

The insidious manner of operations is thrown into stark relief from the fateful Tata Sons board meeting of October 24, 2016 when Mistry was informed that Ratan Tata would be joining it. The agenda was hijacked and Mistry was brought down in a palace coup where all the directors ganged up, barring Farida Khambata who abstained.

Amit Chandra, Nohria, Venu Srinivasan, Ajay Piramal, Ronen Sen, and Vijay Singh were all party to this swoop down on Mistry. Khambata was the sole voice of dissent, along with Mistry himself, when she asked whether the decisions taken by the board could be announced immediately since Mistry had said categorically that he should have been given advance notice of his removal. Ratan Tata trashed this by saying that a press announcement the same day would come.

A.M. Singhvi, counsel for the company, captured the proceedings of the October 24 meeting by saying that Ratan Tata was determined to remove Mistry prior to the meeting and asked him to step down.

The judgement also provides clarity on the private vs public company concept for Tata Sons. It says Sub Section 3 of Section 23 shall apply to a change of name under Sub Section 2 as it applies to a change of name under Section 21 - a private company which has become a public company by virtue of this section shall continue to be a public company until it has, with the approval of the Central government and in accordance with the provisions of this Act, again become a private company.

"In absence of any such approval by the Tribunal under Section 14, we hold that Tata Sons Ltd cannot be treated or converted as a private company on the basis of definition under section 2 (68) of the Companies Act 2013," the NCLAT ruled.

It goes onto say that curiously, Tata Sons remained silent for 13 years and never took any step for conversion in terms of Section 43A (4) of the Companies Act, 1956. Even after the enactment of the Companies Act, 2013, which came into force on April 1, 2014, it had not taken any step under Section 14 for more than three years. Till date, no application has been filed before the Tribunal under Section 14 (2) for its conversion from public to private company.