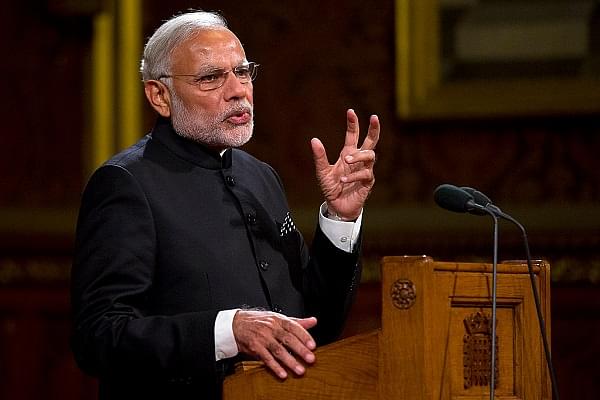 Prime Minister Narendra Modi while speaking at the Times Now summit on Wednesday (13 February) hinted at the dire straits of tax compliance in India.

Working towards building a tax compliant society and also one where harassment by officials is zero. pic.twitter.com/ew0kd2fUbI

During his speech Prime Minister Modi stated that while India has made strides in becoming a tax compliance society, there is a lot of room for improvement in this regard.

He added that out of these 1.5 crore, only 3 lakh people declared their annual income to be above Rs 50 lakh. Taking things further, Prime Minister Modi said that India today has a large number of professionals like scientists, engineers, doctors, lawyers, chartered accountants and actors.

“Despite this, it is a reality that only 2,200 professionals declare their annual income as exceeding Rs 1 crore”, said Prime Minister Modi.

While sarcastically hinting about the lack of proper tax compliance, Prime Minister Modi indirectly stated that even in India’s Supreme Court there would be more people earning over this amount.

“How can one even believe such numbers...when a large number of people don’t want to pay taxes, they find ways to evade them and the burden as a result falls on the honest tax payer", added Prime Minister Modi.

Soon after making this explosive statement, Prime Minister Modi was criticised by various social media users including journalists [1][2] who claimed that the number of “people” in India who declared income above Rs 1 crore were actually 97,689 - including 49,128 salaried employees and not 2,200.

So Was Prime Minister Modi Right?

As hinted in the story, Prime Minister Modi’s statement needs to be read in a nuanced manner. Firstly, he said that 2,200 “professionals” declared their income exceeding Rs 1 crore.

Some journalists and various social media users misinterpreted his statement to mean that there were only 2,200 Income Tax filings by individuals who disclosed their annual income to be higher than Rs 1 crore.

Following the controversy the Income Tax department too issued a clarification over the matter which provides an even clearer picture.

In the ITRs filed by individuals in current financial year,only about 2200 Doctors,Chartered Accountants, Lawyers &such other professionals have disclosed annual income of more than Rs.1crore from their profession(excluding other incomes like rental,interest,capital gains etc)6/6

As stated in the Income Tax clarification, only 2,200 aforementioned professionals have disclosed their “income from their profession - excluding other incomes like rental, interest, capital gains etc”.

Thus it should be noted that the Prime Minister’s statement only pertained to the professional income earned by those who qualify as professionals under the Income Tax act like doctors, lawyers and chartered accountants.

This income from profession - which is usually declared under the “Schedule BP” of the ITR-3 form, may not reflect the total income earned by the individual in a given financial year as he or she may also be earning additional income in the form of salaries, rents on properties or interests etc.