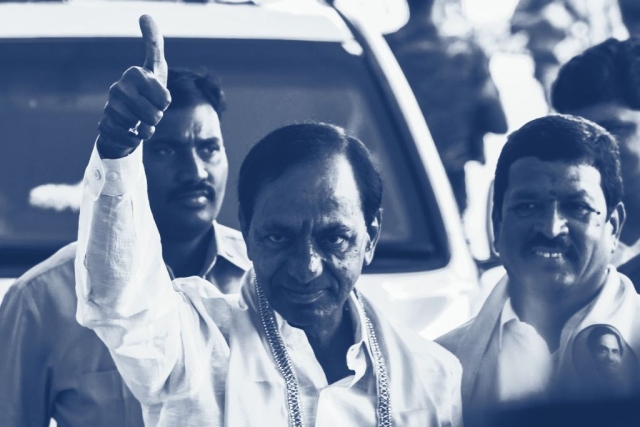 The Telangana Rashtra Samithi (TRS) government in Telangana State this week launched a “Give it up” campaign, asking its farmers to let go financial assistance they have been getting so far under the “Rythu Bandhu” (Agriculture Investment Support) scheme.

Introduced in 2018, every farmer got Rs 4,000 per acre per crop season (there are two crop seasons a year) from the K Chandrasekhara Rao government.

A feature of the scheme is that there is no ceiling on the number of acres a farmer can hold and avail of the assistance for inputs such as seeds, fertilisers and pesticides besides other needs during the sowing of the crop.

Last year, the Rao government increased the payout to farmers under the scheme to Rs 5,000 per acre per season. About 60 lakh farmers in the States have been getting the benefits of the scheme.

The Telangana government spends at least Rs 12,000 crore towards the Rythu Bandhu Scheme.

For this crop year beginning next month, the Rao government has decided to extend the scheme to farmers who grow on lands cleared by the Forest Department and 621 others who farm on endowments land belonging to Sri Ranganayaka Swamy temple in Kasulapally hamlet of Palitham village in Peddapalli district.

In addition, the Telangana government has also decided to accord priority to farmers who own a lesser extent of land in total while disbursing the money under the scheme.

The order asking farmers owning lesser extent of land be given priority is an indication that it wants well-to-do and bigger farmers to give up the assistance they are getting from the scheme.

A major reason for the Telangana government coming up with the “Give it up” scheme is because it wants to cut its financial burden caused due to the scheme.

The move follows suggestions from bureaucrats that the scheme cap the farmers’ land holdings to avail of the benefits.

However, fearing criticism the TRS government has now come up with the “Give it up” scheme and campaign widely among farmers to forego the benefits.

Farmers who want to give up the benefits under Rythu Bandhi scheme have been asked to fill up an application form and submit it to the respective agricultural extension officers.

The amount, thus saved, will be used for farmers’ welfare under the State Ryuthu Bandhu Samithi scheme.

Also, the State government has said that new beneficiaries would be included in the scheme from next financial year onwards, another indicator of the financial problems.