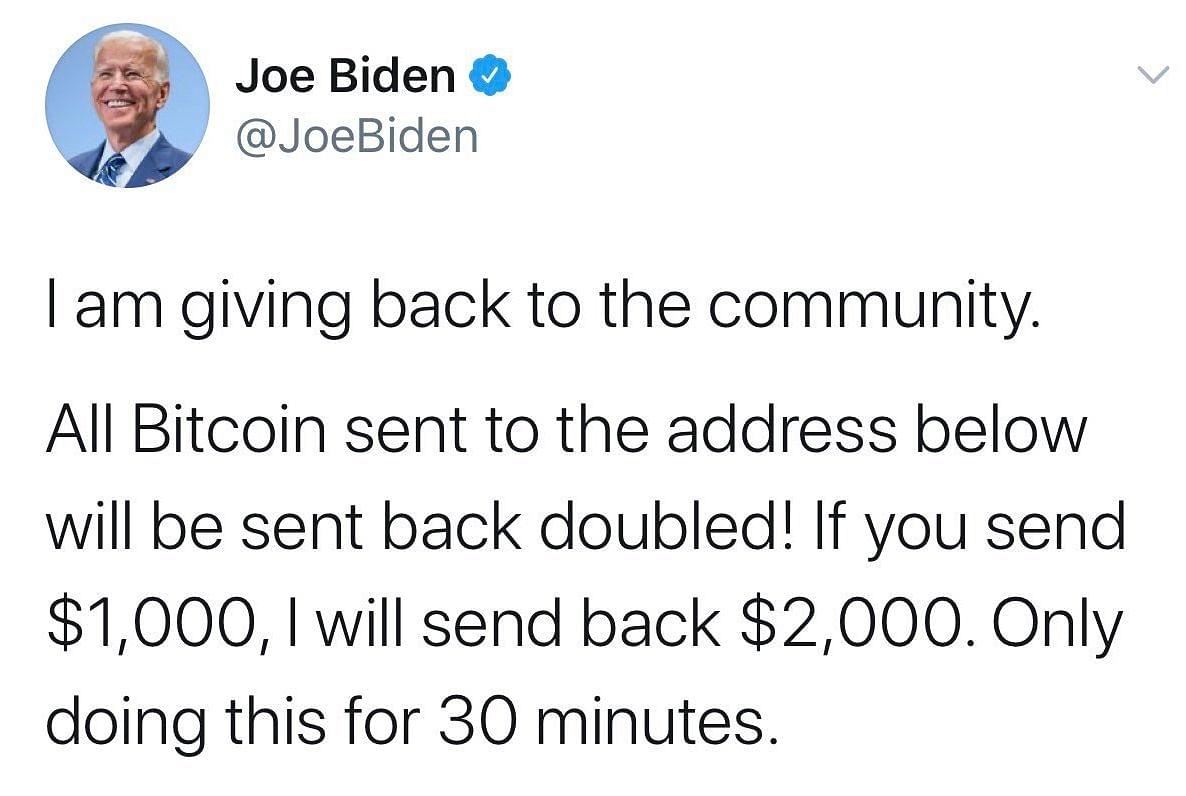 The FBI has launched an investigation after hackers hijacked Twitter accounts of a number of high-profile US figures in an apparent Bitcoin scam.

"The accounts appear to have been compromised in order to perpetuate cryptocurrency fraud," said the bureau, urging the public to be vigilant, the BBC reported on Thursday.

Elon Musk, Bill Gates and Joe Biden were among those hit in what Twitter said was a "co-ordinated" attack.

Their official accounts requested donations in the cryptocurrency.

The US Senate Commerce committee has demanded Twitter brief it about Wednesday's incident by July 23.

"We know they [the hackers] used this access to take control of many highly-visible (including verified) accounts and Tweet on their behalf," the company said in a series of tweets.

It added that "significant steps" had been taken to limit access to such internal systems and tools while the company's investigation continues.

The tech firm has also blocked users from being able to tweet Bitcoin wallet addresses for the time being.

The UK's National Cyber Security Centre said its officers had "reached out" to the tech firm. "We would urge people to treat requests for money or sensitive information on social media with extreme caution," it said in a statement.

US politicians also have questions. Republican Senator Josh Hawley has written to the company asking if President Donald Trump's account had been vulnerable.

Trump's account was not compromised, the White House said.

"It cannot be overstated how troubling this incident is, both in its effects and in the apparent failure of Twitter's internal controls to prevent it," Senator Roger Wicker wrote to the firm.

One cyber-security expert said that the breach could have been a lot worse in other circumstances.

"If you were to have this kind of incident take place in the middle of a crisis, where Twitter was being used to either communicate de-escalatory language or critical information to the public, and suddenly it's putting out the wrong messages from several verified status accounts - that could be seriously destabilising," Alexi Drew from King's College London told the BBC.