From Crying Insufficient Information To Delisting Terrorists: How Pakistan Attempts To Scrub Its Terror Record Clean 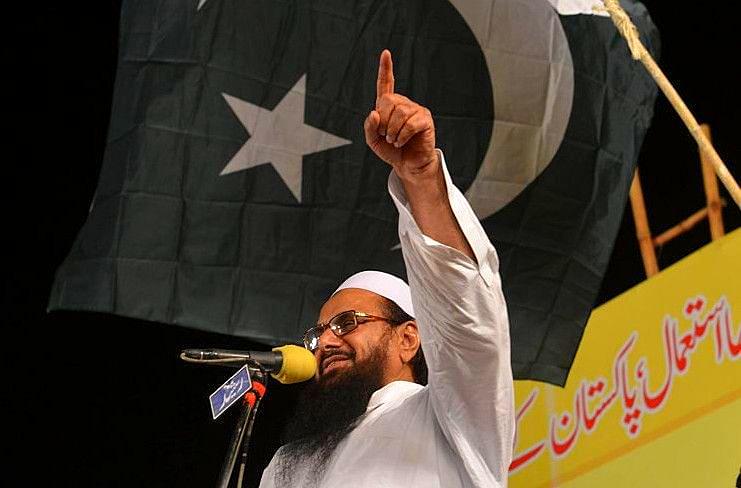 In a conniving move, Pakistan has told UN Security Council (UNSC) monitoring committee that it had been unable to act against numerous individuals listed in its sanctions list because the UN panel had given “insufficient information”, reports Hindustan Times.

It should be noted that UNSC 1267 Sanctions List has 130 names from Pakistan. However, Pakistan only acknowledges the presence of only 19 of them including Lashkar-e-Taiba founder Hafiz Saeed.

The HT report quotes a top intelligence official in India as saying that Pakistan has already moved the UNSC to delist 6 terrorists including Matiur Rehman, described in UN records of 2013 as the chief operational commander of terror group Lashkar-i-Jhangvi.

The UNSC monitoring team was in Pakistan for a five-day visit from 9-13 March. Islamabad told the team that UN Sanctions List did not have the accurate date of birth, nationality, national ID number, passport number or a specific address of the men sanctioned for their terror links.

A similar explanation was given by Islamabad when it was asked about deletion of around 4,000 terrorists from its domestic terror watch list last month. The move was a part of its effort to clean its terror record not just at home, but also at the United Nations Security Council (UNSC), another official told HT.

Notably, Pakistan had discreetly removed the names of around 4,000 terrorists from its watchlist, including that of one of the major planners of the 2008 Mumbai terror attacks, an Artificial Intelligence (AI) startup had revealed last month.

Due to Pakistan's long history of exporting terror to India and the rest of the world, the country has been placed under grey list by Financial Action Task Force (FATF), the global watchdog for terror funding.

Dissatisfied with Pakistan's efforts to curb terror-funding, the FATF in February noted that Islamabad had addressed only 14 points out of 27 conditions to get off the grey list.

The FATF is to again evaluate Pakistan's progress in June.

The New York-based startup Castellum, which automates watchlist compliance, has found that in the last year and a half, Pakistan has deleted "3,800 names from the Proscribed Persons List, without explanation or notification to the public".

The Imran Khan government removed about 1,800 names from its terrorist watchlist since March 9th "without any public explanation, including Zaki ur-Rehman, an alias of the Lashkar-e-Taiba leader and alleged mastermind of the Mumbai attacks", the Castellum report said.

According to a FATF report, Pakistan's terrorist watchlist had about 7,600 names in October 2018.

Between March 9 and March 27, Castellum.AI data showed that the Khan government removed 1,069 names from the Proscribed Persons List, and that all those names then appeared on Pakistan's official denotified list. Since March 27, another 800 or so names have been deleted.

On 15 April, an article was published in a Pakistani newspaper, saying that names were removed because "the list has been bloated up to 7,000 names with multiple inaccuracies such as the names of dead individuals, Afghan nationals, untraceable names without proper identifiers".

The report also hints that Pakistan could file requests for delisting “inappropriate” names from the UNSC sanctions list.

As per intelligence officials, the move to remove names from terror watch list is an attempt to stay out of black list of FATF.

“By getting rid of half of the proscribed entities, Pakistan authorities attempted to reduce its obligation to freeze the assets of such entities,” the report quotes one source as saying.