From Shoddy To Toddy Fund Management, Kerala Communist Government’s Poor Finance Points To A Crisis Ahead 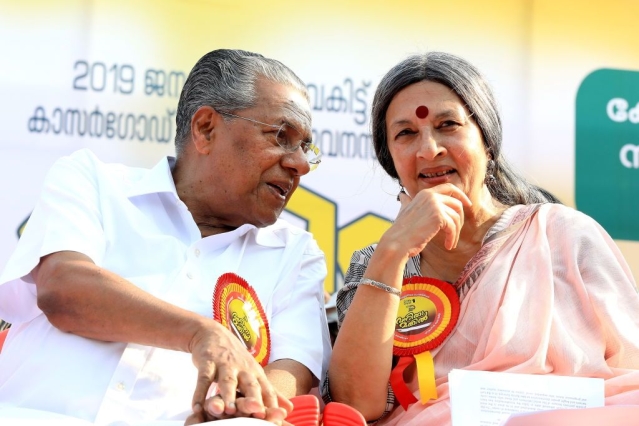 Opposition leader Ramesh Chennithala, presenting the white paper before the media, alleged that the financial crisis the Kerala government was facing was due to the LDF government, headed by Pinarayi Vijayan of Communist Party of India-Marxist (CPM), indulging in corruption and being spendthrift.

The white paper says Kerala’s public debt has increased to Rs 2.5 lakh crore from Rs 1.5 lakh crore in 2016 with the annual plan fund being cut by 30 per cent.

The Vijayan government targeted a 30 per cent increase in tax collection but could achieve only a 12 per cent rise.

Congress member of the Legislative Assembly, V D Satheesan, alleged that the State government had failed to create any assets.

The UDF is actually turning the tables on State Finance Minister Thomas Isaac who had come out with a similar white paper on 30 June 2016.

Then, Isaac said three signals of the deterioration in the State’s fiscal situation were negative cash balance in the treasury, ignoring deficit goals and fouling budget documents.

Isaac claimed that the treasury did not have money even for day-to-day expenses.

Now, the UDF white paper said that between July and September this year 1,050 bills valued at Rs 1,133.46 crore were not cleared.

The white paper charged Isaac with the same allegations that he made in 2016 and pointed out at the Comptroller and Auditor General of India findings that the Kerala government masked its financial crisis.

It also says that the Vijayan government has indulged in extravagance and has been unable to rein in expenditure.

Kerala’s financial situation is so precarious that last week it decided to transfer Rs 500 crore from the Toddy Workers Welfare Fund to its treasury, despite protests.

Toddy workers contribute a nominal amount to the fund that has been deposited in a bank.

The interest earned on this amount is utilised for the welfare of toddy workers.

Last month, a controversy broke out in Kerala over the diversion of World Bank loan for meeting general expenses.

The World Bank loan and the State government had signed a Rs 1,789 crore agreement for resilient Kerala Programme that will help the southern state in its reconstruction, besides managing floods and other disasters.

In September, the Vijayan government availed of a Rs 30-crore bank loan to meet its expenses of the Travancore Devaswom Board such as salaries, day-to-day administration and pensions. The board pledged its fixed deposits to avail of the loan.

Recently, the Devaswom Board transferred Rs 91 lakh from one of the educational institutions — Shanku Pillai Memorial College — it runs to its accounts to meet expenses.

Kerala’s problem is that at least 52 per cent of its committed expenses of Rs 1.27 lakh crore goes towards salaries, pensions and interests payments.

In the Budget for the current fiscal, Kerala’s fiscal deficit has been estimated at Rs 26,291 crore.