‘Gamcha’ Can Emerge As The First Line Of Defence Against Coronavirus 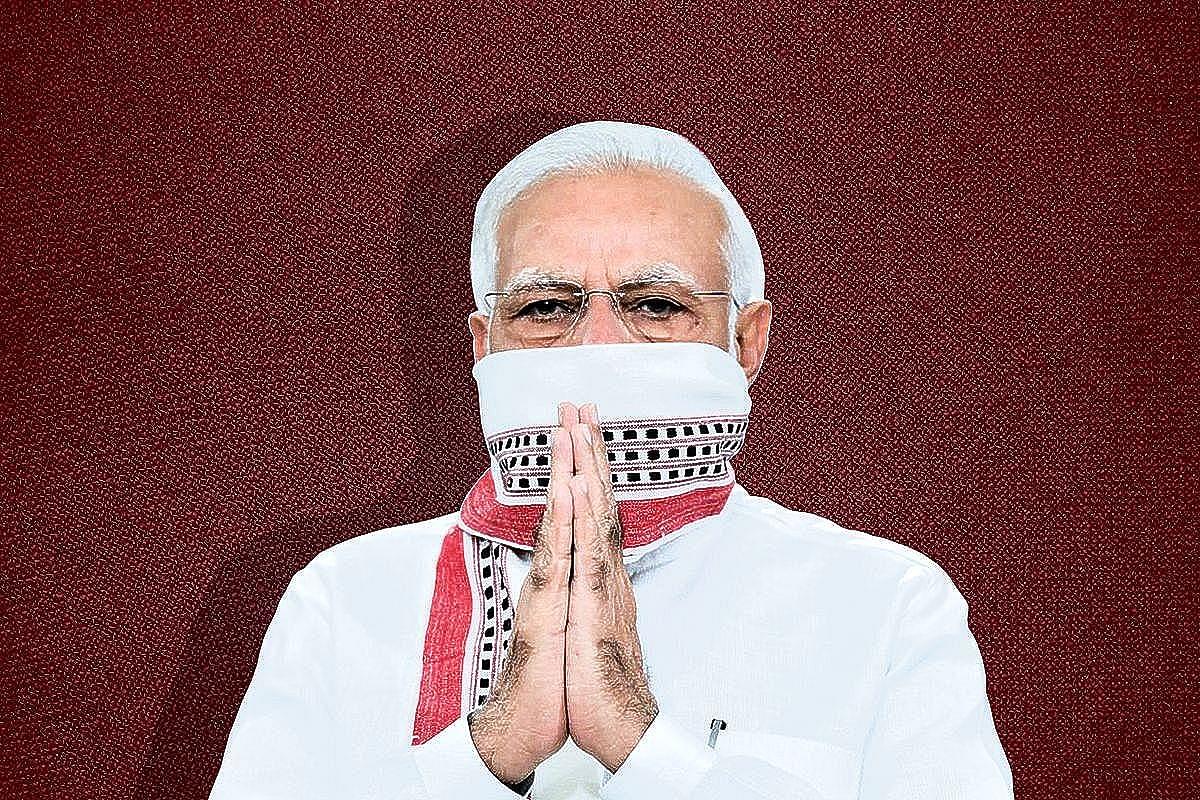 PM Modi covering his mouth with the gamcha, or the ‘humble towel’.

As the first phase of the lockdown ended and the entire country looked forward to Prime Minister Narendra Modi’s video address to the nation last Tuesday (14 April), something that caught as much attention as the extension of the lockdown was the traditional Manipuri Meitei Lengyan the PM wore in place of a mask.

My sincere appreciation and salute to the Hon'ble PM @narendramodi ji for using Manipuri Meitei Lengyan which is a traditionally and culturally symbolic one, while addressing the nation today. It shows how much our PM loves and care for the NE particularly Manipur ð. pic.twitter.com/aHA4ikLCuN

Earlier that week, during his interaction with the Chief Ministers of different states too, had him use a Gamcha to cover his mouth and nose.

In his interaction with citizens of his constituency Varanasi too, earlier, he stressed on the need to cover mouth and nose and suggested people use the gamcha, which he said is “more effective”.

And this, he said, was required to ensure people don’t go buying masks as they would be needed by healthcare workers and medical professionals.

The ‘gamcha’, he said, was an effective precautionary measure to stay safe from the virus.

And this appeal is now said to have found a large audience as most regions that use some variety of the coarse cotton cloth (also used in towels) that is generally used to tidy up after a bath are seeing a rise in demand.

Weavers in different states where the cloth is popularly used have begun to get orders both from the government as well as private players for production of gamchas. This has had a bearing on the employment sector too, as reported.

Bihar Industry Minister Shyam Rajak in a media interaction said the Department of Industries has ordered large-scale production of Khadi gamchas and that 1 lakh gamchas had already been produced. These gamchas would also be made available at affordable prices to ensure people use them and stay safe during the pandemic.

Khadi Gramodyog has also been asked to up its production of the humble cloth towel. The gamcha, or the Gamusa, as it is called in Assam and the variety that the PM is often seen sporting and its different variants have been a cultural marker, an intrinsic part of the cultural fabric of the regions they come from, and are gifted as souvenirs are also an indispensable part of the makeup of the farmer as well as the poorest of the poor across the country.

The validation that the piece of garment has received ever since PM Modi made it an evident part of his appearance has seen it turning into a fashion statement.

The production of the gamchas will also create employment opportunities and provide jobs to the weavers whose livelihood has been affected by the lockdown, said Rajak, who added that as of now, weavers from Patna, Gaya, Madhubani and Bhagalpur in Bihar have been tasked with the mass production of this organic face protection equipment.

If this could be replicated in states across the country, as most have their own versions of the cotton towel woven locally, it could also be a huge respite to the weavers who have been hard hit by the lockdown.

These towels could also be part of the survival kits being distributed by various agencies, both government and individual, and ensure people do not have an opportunity to cite the lack of masks and move around with their faces uncovered.

The humble towel can truly serve as the first line of defence against this pandemic, as demonstrated by the Prime Minister himself.