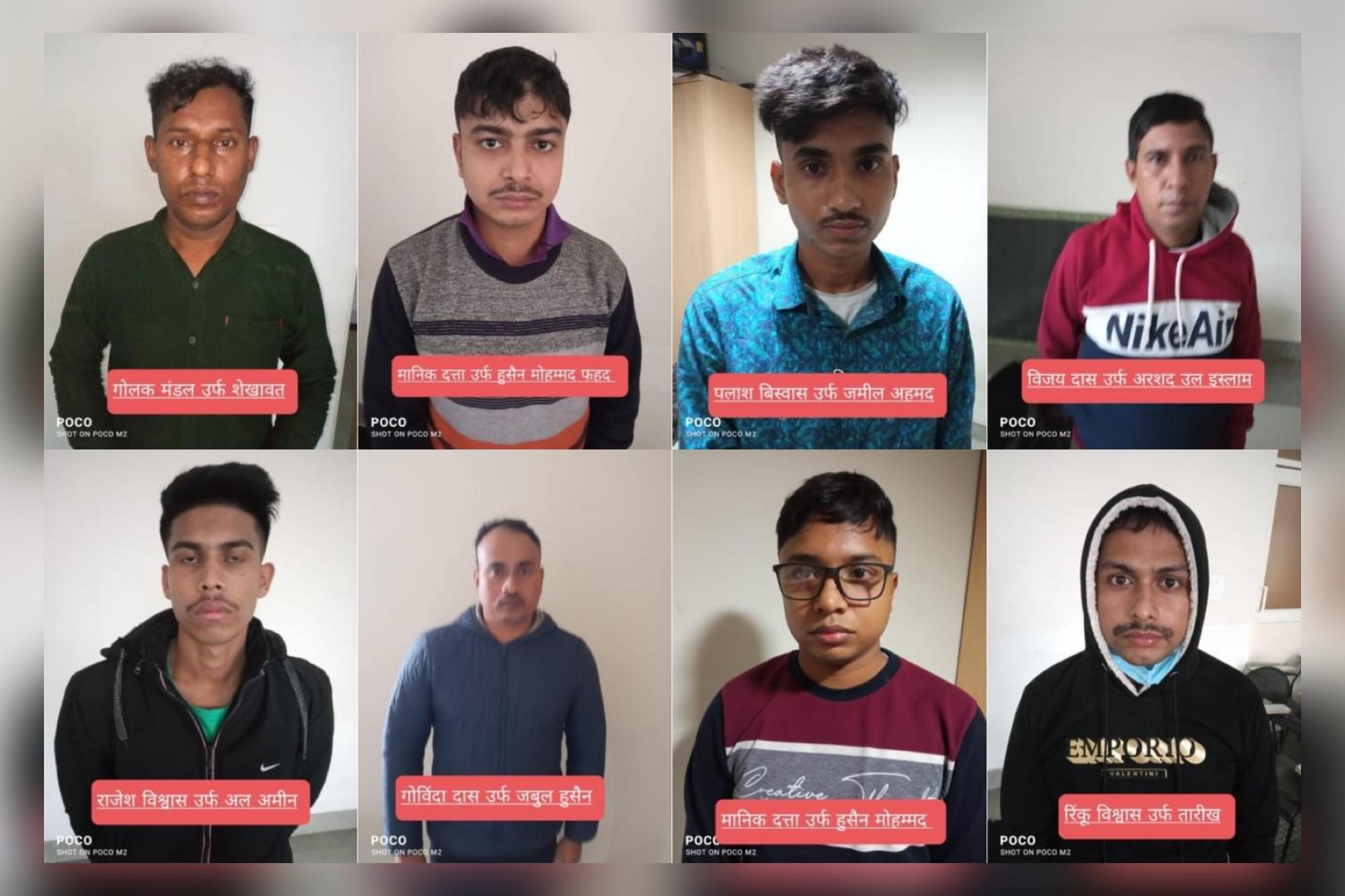 Pictures of the arrested men as released by UP ATS

The ATS arrested nine people and released their photographs and identities to the media.

ATS officials said in their statement that the men were detained in Kanpur on Sunday (12 December) afternoon and arrested on Monday (13 December) after questioning. The men had boarded a train from West Bengal to Delhi.

The Indian Express quoted a “police officer “ as saying, “The arrested persons called their families in Bangladesh. The families sent their original identity cards that established their nationality.”

They were stopped at Kanpur station based on an intel input. They told the officials that they had been promised to be sent abroad from India eventually, ATS statement said.

Officials said the accused first stayed in an abandoned madrassa in West Bengal, where they learnt how to speak and sign in Hindi. They were then given fake Indian identity cards bearing Hindu names. The eight accused revealed that they had each paid Rs 1 lakh to Rahman.

They have been booked under various offences including fraud and Section 14 of the Foreigners’ Act.

They were given names such as Golak Mandal, Manik, Palash Biswas and Vijay Ram.

The said madrassa is located in 24 Pargana. Rehman is also a Bangladeshi national.