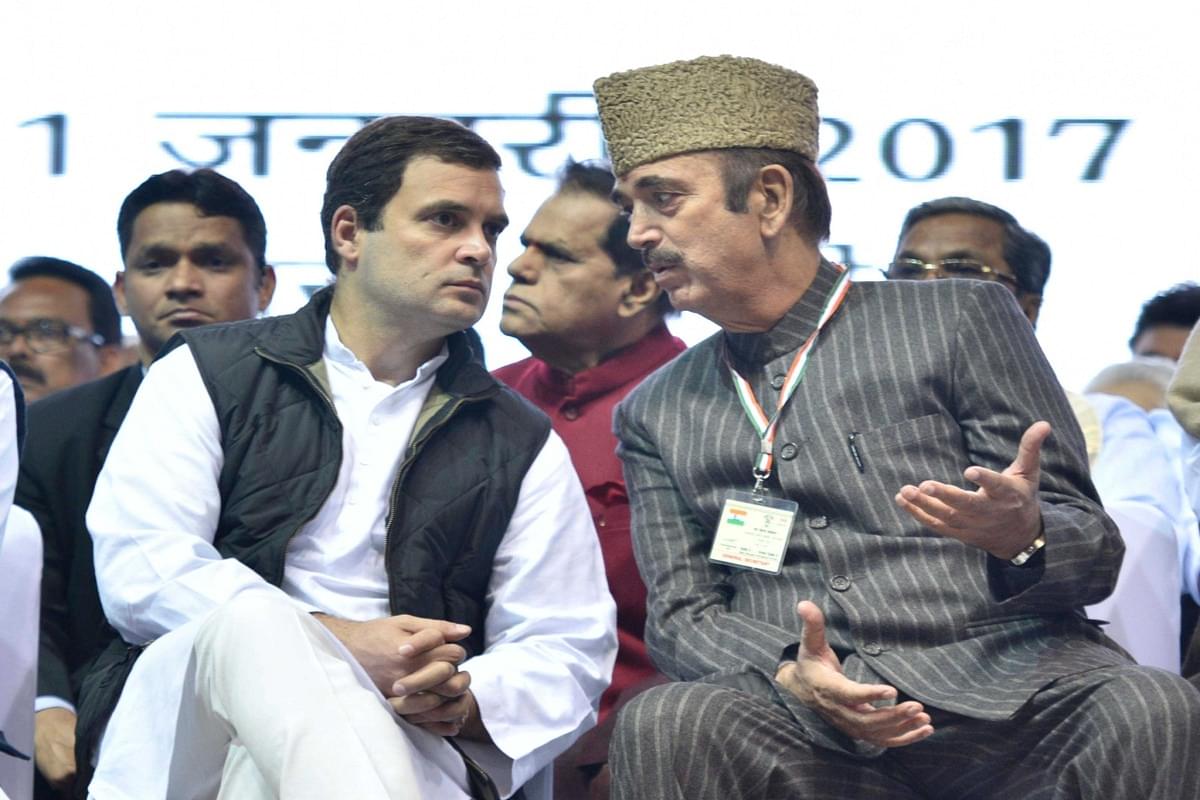 Senior Congress leader Ghulam Nabi Azad on Friday resigned from all party positions, including its primary membership, delivering another blow to the embattled party that has seen a series of leaders leave.

In a five-page letter to Congress president Sonia Gandhi, he said he does so with a 'heavy heart'.

Azad had joined the Congress in 1970 and had served as a Union Minister in Late Indira Gandhi, Rajiv Gandhi, P.V. Narasimha Rao and Dr. Manmohan Singh’s government.

In his letter, he blamed Rahul Gandhi and the coterie around him for steady decline of Congress. Here is what he said:

-After the entry of Rahul Gandhi into politics and particularly after January, 2013 when he was appointed as Vice President, the entire Consultative mechanism which existed earlier was demolished by him.

-All senior and experienced leaders were sidelined by Rahul Gandhi and a new coterie of inexperienced sycophants started running the affairs of the Congress party.

-He called Rahul Gandhi’s infamous act of tearing up a government ordinance a glaring example of his immaturity. He added that this one single act more than anything else contributed significantly to the defeat of the UPA government in 2014.

-Azad said that the ‘remote control model’ that demolished the institutional integrity of the UPA government now got applied to the Indian National Congress. While Sonia Gandhi, the interim President, is just a nominal figurehead all the important decisions were being taken by former President Rahul Gandhi or rather worse his security guards and PAs.

-Talking of the G-23 group, he said that senior colleagues of the party including former Union Ministers and Chief Ministers, were attacked, vilified and humiliated in the most crude manner possible for flagging the abysmal drift in the Party.

-He called Congress' entire organisational election process a farce and a sham. "At no place anywhere in the country have elections held at any level of the organisation. Handpicked lieutenants of the AICC has been coerced to sign on lists prepared by the coterie that runs the AICC sitting at 24 Akbar Road...The AICC leadership is squarely responsible for perpetrating a giant fraud on the party to perpetuate its hold on the ruins of what once was a national movement that fought for and attained the Independence of India", Azad added.

-The Congress, he said, has lost both the will and the ability under tutelage of the coterie that runs the AICC to fight for what is right for India.