Government Gives Go-Ahead For Construction Of 598 Km Roads, Foot-Tracks Along Arunachal Border Even As Disengagement With China Is Underway In Ladakh 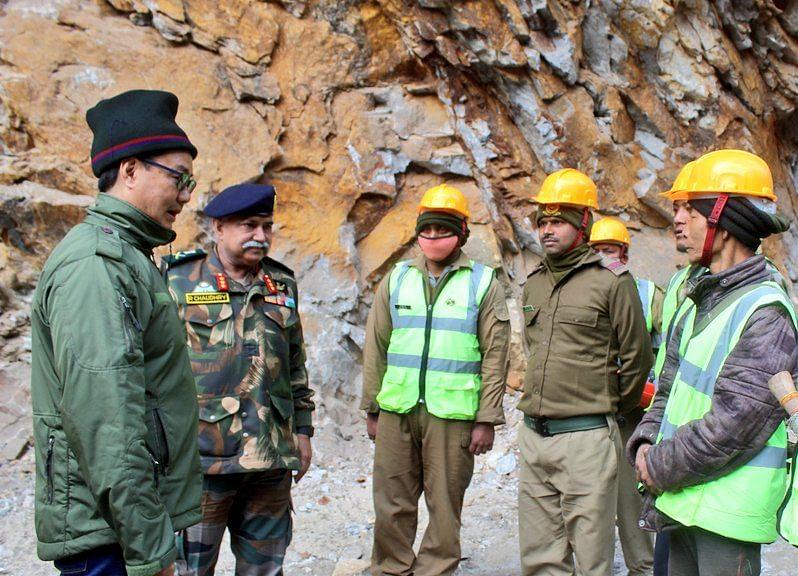 The disengagement of Indian and Chinese forces at some flashpoints in eastern Ladakh has only begun, and de-escalation may take a few more months, but the Union government has already turned its attention towards the development of border infrastructure, which could have been one of the reasons behind China’s aggressive behaviour along the Line of Actual Control (LAC) since last year.

A report in The Hindu says the Narendra Modi government has cleared Rs 1,100 crore for the construction of roads in border areas of Arunachal Pradesh.

The Centre has given the go-ahead for the construction of roads and 18 foot-tracks measuring 598 kilometres along the frontier with China in Arunachal, which has seen multiple Chinese transgressions in the last few years.

The Cabinet Committee on Security, headed by Prime Minister Narendra Modi, had cleared the proposal in December 2020, when Indian and Chinese tanks and armoured personnel carriers were positioned only a few hundred metres apart on the heights of the Kailash Range south of the Pangong Lake.

While China has built highways and laid rail tracks along the border in Arunachal, which it claims as ‘south Tibet’, Indian forces deployed in the state have to, in some cases, march for days on foot to reach their posts and patrolling point.

In December 2020, China completed the construction of the Lhasa Nyingchi rail line, which would allow it to deploy trainloads of troops and heavy equipment to the border at short notice. It will be opened for traffic in June 2021.

Nyingchi is located opposite India's Tuting sector, in the Upper Siang district of Arunachal, only 40 km away from border, and the 435-km rail line linking it to Lhasa runs much closer to the border than that at some points.

The Lhasa-Nyingchi rail line is part of the longer, 1,600-km long Sichuan-Tibet line that will link Lhasa with Chengdu, a city east of Arunachal.

In November 2020, Chinese President Xi Jinping himself linked the Sichuan-Tibet rail line project to ‘border stability’. The Chinese Communist Party apparat has pointed out that the rail line will act as a “fast track” for the “delivery of strategic materials” to Tibet “if a scenario of a crisis happens at the border”.

China has also built a highway linking Nyingchi with Lhasa, which, like the Lhasa-Nyingchi rail line, runs close to the Arunachal border.

India has significantly improved the pace of development of border infrastructure over the last few years, and this has led to the narrowing of infrastructure gap with China in border areas. Among other things, the government has delegated more administrative and financial powers to Border Roads Organisation (BRO) officers. In some cases, financial powers were increased as much as ten-fold and fifteen-fold.

Even in 2020, amid the standoff with China in Ladakh and a raging pandemic, BRO managed to improve its performance over last year.

China’s Two New Rail Lines Near Indian Border Will Help It Deploy Troops Rapidly Near Ladakh And Arunachal, Smoothen Logistics For PLA
Why China Is Building Border Villages Along The Frontier With India