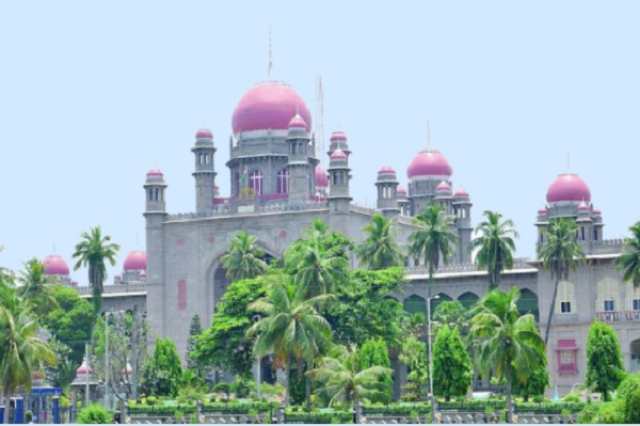 The Telangana High Court early this morning (4 December) asked the State Election Commission (SEC) to only consider votes with “Swastik” mark on the ballot papers that were used in the Greater Hyderabad Municipal Corporation (GHMC) polls on 1 December.

Justice A Abhishek Reddy, giving the direction, also asked the SEC to inform all the counting centres to consider only votes with “Swastik” mark.

The dispute arose after the SEC issued a notification that ballot papers with clear marks could also be counted during the process of counting votes.

The SEC issued the notification after presiding officers in some of the polling stations issued “distinguished mark” instead of the “Swastik” for marking the ballot papers.

The notification clarified that a vote should be considered if the intention of the voter is clear on marking a particular candidate, who should not lose out because of a polling staff error.

Justice Reddy said that if the markings other than the “Swastik” make a difference in the result, such results shall not be declared and shall be subject to further process.

However, if they do not, then the results can be announced.

The judge posted the matter for further hearing by the High Court on 7 December. It has also asked the SEC to file its response on its clarification.

The GHMC, which went to the hustings on 1 December, were bitterly fought by the BJP, the ruling Telangana Rashtra Samiti (TRS) and the All India Majlis-e-Ittehadul Muslimeen (AIMIM).

The BJP has gone all out in the GHMC polls to prove that it is emerging as a strong contender for ruling the State in the next Assembly elections due in December 2023.

It has also been encouraged by the recent success in the Dubakka Assembly byelections.

The TRS, on the other hand, has been unnerved by the BJP’s aggressive stance and it chief K Chandrasekhar Rao, also Telangana Chief Minister, has called for a conclave of parties opposed to the BJP, except the Congress.

A clear trend in the GHMC elections will emerge by noon, even as the BJP led in most of the seats initially when counting of votes began this morning.