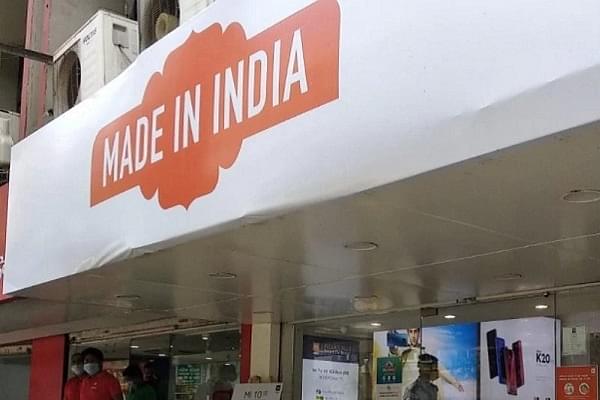 Banners covered with Made in India slogans

The Gujarat High Court has issued notice to the Centre and state governments on a PIL seeking colour coded symbols on products sold online, so that ignorant or illiterate persons can also recognise the place of the origin of the product and seeking direction to assign saffron coloured symbol to products 'Made in India.'

Ahmedabad resident Yatin Soni, in his PIL, said that the products that are sold on online platforms and web portals do not inform the prospective consumers about the manufacturing place of the product, the origin of the manufacturers and other details, which violates the fundamental rights of freedom of information ensured to Indian citizens.

After the 'Atma Nirbhar Bharat Abhiyan' launched by Prime Minister Narendra Modi, any prospective consumer, when ordering products from online platforms and web portals, should be allowed to avail of the information of the country where the product is manufactured, the nationality of the manufacturer et al, it said, adding that, at present there is no provision in law that mandates the manufacturer to display such information.

It also sought the government assign different coloured symbols on products, so that an illiterate or semi-literate person can also recognise the place of origin.

The PIL also mentioned that after the Galwan valley incident - where 20 Indian soldiers were killed by the Chinese, there were many Indian customers who wanted to boycott Chinese products.

Soni said that the high court, after issuing notice, had slated the next hearing for 29 July.