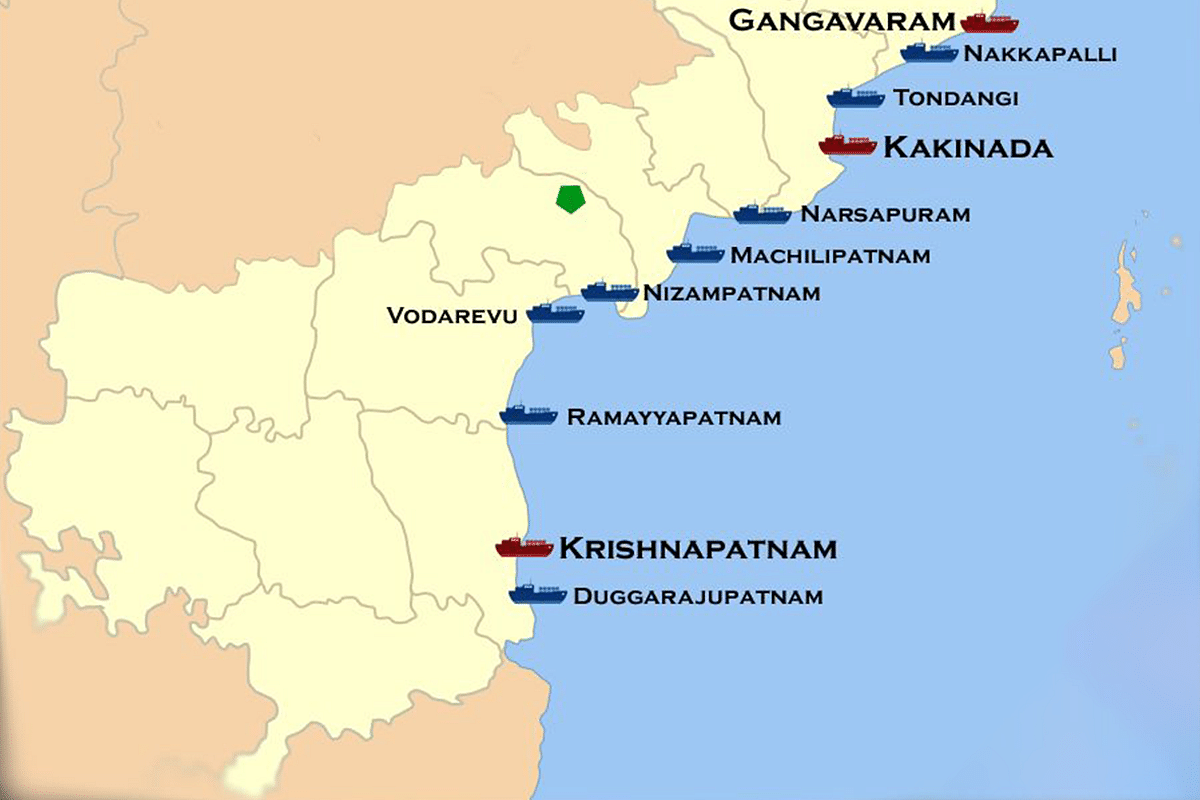 Ports on the Andhra Pradesh coast.

The acquisition has been completed at a lower enterprise value compared with the deal that APSEZ signed with KPL at the beginning of the year. Then, the Adanis agreed to pay an enterprise value of Rs 13,752 crore.

APSEZ had now completed the acquisition, buying 75 per cent of the controlling stake in KPL but a cost that is 13 per cent lower than the deal signed at the start of the year. The stake has now been bought at an enterprise value of Rs 12,000 crore.

The deal was finalised after the Andhra Pradesh government agreed to the purchase last month. With KPL having a debt of Rs 6,212 crore, APSEZ will now be paying Rs 5,520 crore for the 75 per cent controlling stake.

The Krishnapatnam Port will the 12th that will come under the control of APSEZ. Already, the Adanis control nearby ports such as Kattupalli and a terminal at the Kamarajar Port in Ennore, suburban Chennai.

These give APSEZ control of ports within a 200 km range in the important southern coastal region. It now offers a viable alternative option to exporters in Andhra Pradesh, Telangana and Karnataka.

The distance between Krishnapatnam and Bengaluru is 400 km and the port can now try to attract industries even in Tamil Nadu’s industrial town of Hosur to export or import.

The port can even emerge as an alternative to Kakinada when it comes to shipments of rice, chilli and other commodities. The problem in Kakinada is that most of the consignments are taken in barges before being loaded on to a ship in the sea.

With good road connections, APSEZ can, in fact, allow its users to choose any of the three ports in the region — Krishnapatnam, Kattupalli or the Kamarajar terminal — depending on the shipping time or space availability or any other exigency, such as transport problems, that may arise.

Besides, it can also provide sea connectivity to its own ports of Mundra, Dahej, Kandla and Hazira in Gujarat, Dhamra in Odisha, Mormugao in Goa, or its terminal at Visakhapatnam in Andhra Pradesh.

Adanis are also setting up a deep sea port at Vizhinjam near Thiruvananthapuram. Once this port is ready, the company could offer a range of options to its users to connect with global destinations.

Vizhinjam can help mother ships with huge carrying capacity to anchor and it will likely emerge as a strong competitor to Sri Lanka’s Colombo port. This then could help the Adanis' connectivity with their other ports.

The latest acquisition of KPL will result in APSEZ controlling a third of the country’s total port capacity.

With the Adanis also acquiring controlling stakes in some of the major airports such as Mumbai, it is set to emerge as an infrastructure and logistics giant.

Also read: How Adani Group’s airport bids fit in neatly with its plans of becoming an infra and logistics giant

If one were to go by the track record of the Adanis, particularly in turning around the fortunes of the Kattupalli Port, KPL should see a surge in its revenue and handling of cargoes in the next few months.

On KPL takeover, APSEZ chief executive officer Karan Adani has said that their experience of turning around ports such as Dhamra and Kattupalli ports would enable them in harnessing the potential of KPCL.

“We will target to enhance throughput at KPCL to 100 million tonnes by 2025 fiscal and double its earnings by 2023 fiscal,” he said.

Given the Adanis expertise in helping ports achieve their potential, the targets will likely be achieved.