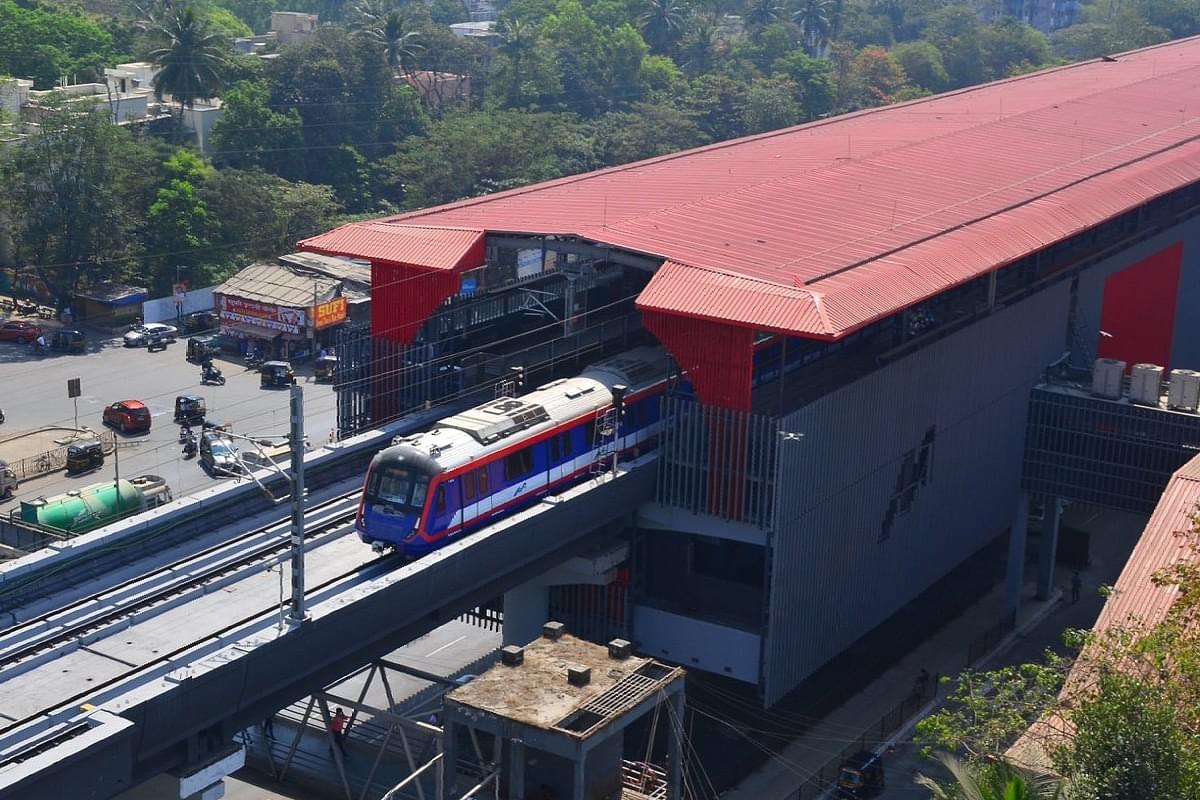 On the evening of 20 January 2023, the public was given access to the newly inaugurated lines 2A and 7 of the Mumbai Metro, a day after its official opening.

The new corridors witnessed a positive response from citizens of Mumbai.

As per Mumbai Metro officials, on the first day of operation, a total of 64,065 passengers utilised the newly opened lines. Many people expressed their happiness that the Metro stretches were finally open.

Prime Minister Narendra Modi officially inaugurated the new lines 2A and 7 of the Mumbai metro on 19 January 2023.

The event also included the inauguration and laying of the foundation stone for various other of infrastructure projects in the financial capital of India.

The operations of these metro lines are expected to ease travelling for daily commuters, reduce burden from the suburban railway, improve connectivity and reduce traffic woes of the city.

The functioning of these advanced transit systems for the city had been highly anticipated by the citizens. These projects were long delayed from its estimated time of completion.

With continuous hurdles, protests and complexities, the citizens of Mumbai had lost all hope for the successful execution of these projects.

The delays had been led due to multiple reasons pertaining to clearances, protests, land acquisition and so on.

These issues were greatly influenced by the political intricacies and views of the state officials and government in power.

However, with the change in leadership of the state government in July 2022, many of the projects that were stalled in the last two and a half years were taken up on priority with the new administration.

Soon after Eknath Shinde and Devendra Fadnavis assumed the positions of Chief Minister and Deputy Chief Minister, respectively, they undertook an extensive review of all the ongoing, delayed, halted projects as well as the prospective future proposals.

The leadership decided to closely monitor these infrastructure projects to prevent delays in procedures and ensure efficient coordination and cooperation among various departments and agencies.

The outcomes of this approach are evident in the successful launch of recent metro lines. With the ambitious plan of completing the vast network by 2026, other projects of the Mumbai Metro have also been pushed for faster execution.

The Colaba - Bandra - SEEPZ line had been delayed due to issues surrounding controversial land allocation for its depot.

The project received its clearances with priority in the first cabinet meeting of the new state government. This fully underground network will be significant in providing connectivity for commuters, till the southernmost parts of Mumbai.

Similarly, the execution of the Navi Mumbai Metro has been accelerated with the expectation to be launched soon. This has been a long pending project which has surpassed many deadlines.

Last year, on 30 December 2022, the trial run of the metro line was successfully conducted for a stretch of 5 km. The stretch falls under Phase 1 of the total network length of 23.4 km connecting Belapur and Pendhar.

This corridor is of 5 km length and has five stations – Pendhar, Pethali Taloja, Amandoot, Pethapada and Central Park. The line will link Belapur to Navi Mumbai Airport.

Once operational, the project is expected to reduce traffic congestion in busy areas and provide connections to various growing localities that lack dedicated transit connectivity.

In addition to expediting the construction of the metro network, the government has also achieved breakthroughs in the progress of other large-scale projects such as the Mumbai Trans-Harbour Link (MTHL) and Coastal Road project in the city.