‘Improve Accuracy Of Indian Missiles, Precursor To Armed Drones’: How Signing BECA Pact With The US Will Help India 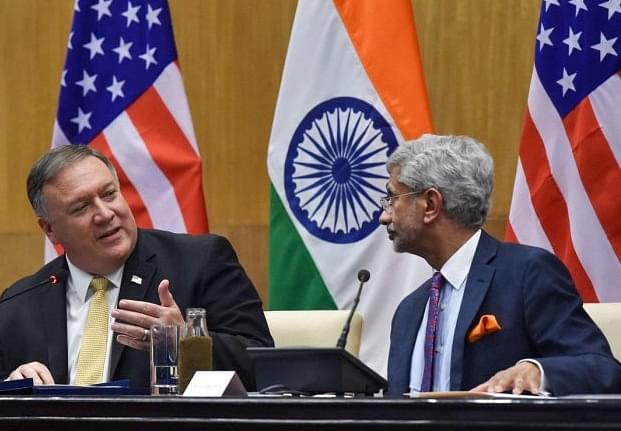 India and the United States may hold the third 2+2 dialogue in New Delhi on 26-27 October, a report in the Hindustan Times says.

During the dialogue, which will take place ahead of the Presidential election in the US, India’s Foreign Minister S Jaishankar and Defence Minister Rajnath Singh will meet US Secretary of State Mike Pompeo and Secretary of Defense Mark Esper and discuss issues, including China’s growing aggressiveness.

Among other things, the two countries are likely to sign the Basic Exchange and Cooperation Agreement (BECA), the last of the four “foundational” pacts that the US signs with its partners and allies for close military cooperation.

Under this agreement, the US and India will share geospatial intelligence.

During the Doklam crisis with China, the US had provided India intelligence on Chinese troop movements in the region. Experts believe that the US may be providing India similar assistance during the ongoing standoff with China in eastern Ladakh. The signing of this pact between the US and India will make the exchange of such intelligence in the future smooth and structured.

The agreement, as reports say, will also help improve the accuracy of Indian cruise and ballistic missiles. “.. it allows India to use global geo-spatial maps of the US for accuracy of stand-off weapons like...missiles,” the HT report says.

The acquisition of MQ-9s from the US will give the India military an edge over its adversaries as this drone can “carry electro-optical/infra-red multi-mode radar and multi-mode maritime surveillance radar, laser designators, electronic support measures and various weapons packages.”

India and the US have already signed three foundational agreements to improve military cooperation and boost interoperability. It was under one of these agreements — the Logistics Exchange Memorandum of Agreement — that US Navy’s P8 maritime surveillance and submarine-hunting aircraft landed at Port Blair in the strategically located Andaman and Nicobar Islands for refueling.

LEMOA gives both India and the US access to designated military facilities on either side for the purpose of refueling and replenishment.

Under the same agreement, Indian Navy warship INS Talwar, on a mission-based deployment in the northern Arabian Sea, undertook refueling with US Navy fleet tanker USNS Yukon last on 14 September this year.