In A Record, Maruti Suzuki Transports 1.8 Lakh Units Via Indian Railways In 2020-21 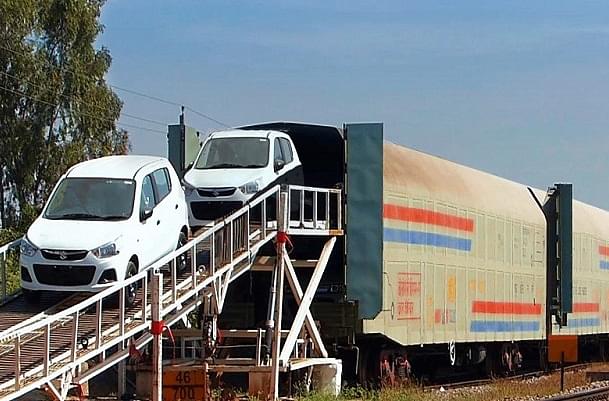 In a highest ever dispatch by the company using Railways, it transported 1.8 lakh units using the rail route in the last fiscal.

It was the company's highest ever dispatch since transporting 88,000 units in 2016-17 via railways, the company said in a statement.

The increased focus on using railways has helped the company offset over 3,200 MT of CO2 emissions, cumulatively.

The Company has been progressively increasing use of railways for its vehicle transportation. The transportation by rail exceeded 1.8 lakh in 2020-21, which accounts for nearly 13 per cent of total sales in the same period.

“The transportation of finished vehicles via railways has many tangible benefits. It is a clean, environment friendly mode of transportation. It reduces congestion on highways and there is more space available to other vehicles. Therefore, as a conscious effort at Maruti Suzuki, we have taken important steps to enhance vehicle transportation via railways. We thank the Ministry of Railways for their support, which helped to increase our volumes transported via rail,” said Kenichi Ayukawa, Managing Director and CEO, Maruti Suzuki India.

While single deck wagons had a rake capacity to transport 125 cars, the new twin-deck rake designed by Research Design and Standards Organization (RDSO) doubled the carrying capacity to 265 cars.

Till date, 36 high-speed and high-capacity rakes are in active use by Maruti Suzuki and its service providers for dispatch of its vehicles.