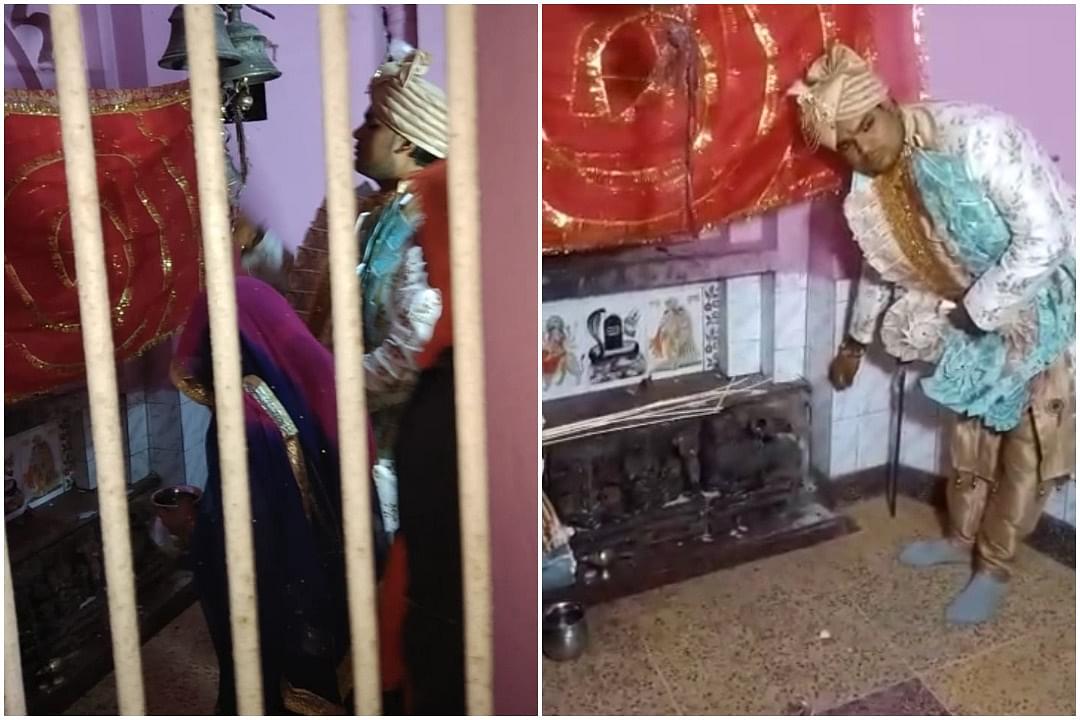 The crucial wedding that decided a community’s conversion!

Last week, this correspondent reported that the dalit Valmiki community in Rakheda village of Uttar Pradesh’s Bulandshahr district was concerned about an upcoming wedding on 19 November.

Would the Thakurs allow the Valmiki groom’s wedding procession to enter the Chamunda Ma temple? This was the question on everyone’s mind.

This is the same temple where some Thakur men had turned away some Valmiki women from the gate on 25 October. A video of this incident had gone viral.

As per the Valmikis, the prohibition by the Thakurs was part of their “social boycott”, allegedly over an incident that had occurred a few days previously when some Valmikis had walked out of a bhandara at the temple after they had been made to sit separately, amid filth.

However, contrary to the fears of the Valmikis, the 19 November wedding seems to have proved to be an ice-breaker, bringing the two communities together.

An activist shared videos of the ghudchadhi ceremony where residents can be seen dancing and celebrating outside the temple and of the groom entering and offering puja.

So many posted video of Dalits denied entry in a temple in UP.
Now enjoy video of same Dalit baraat entering same temple for blessings of Mata Rani. Let's join together to end Jaativaad.ð

Recently, @swati_gs reported that Dalit Valmikis in Rakheda were waiting for a wedding to know if they were still being socially boycotted. Am excited to inform that wedding happened today amicably and groom welcomed in same temple. We will together eradicate evil of casteism ð pic.twitter.com/6eBVi8jIHs

Sunny Kumar, a relative of the groom, Pradeep, told this correspondent over the phone that all is well in the village now and the ceremony took place peacefully with the participation of the Thakurs and the Brahmins.

When the Valmikis had staged a protest outside the office of the sub-divisional magistrate in Khurja on 31 October, threats of converting to Islam had been made by them.

Sunny said that now no member of the community is thinking of conversion any more. “There is no animosity anymore. The boycott has been lifted. We will not convert to another religion,” he said.

Vikas Sharma, from the Brahmin community, told this correspondent that the fears of the Valmikis were “unfounded”. “In any case, the fears have been allayed. They are welcome in the temple just like anybody else from the village. The prohibition wasn’t a community decision in the first place. It was done by some miscreants,” he said.

A police officer from the Jahangirpur police station said that two cops stood guard outside the temple during the ceremony, but no untoward incident was reported.