India-Nepal Map Row: Does China Have Something To Do With Sudden Anti-India Outburst In The Himalayan Nation Over An Old Dispute? 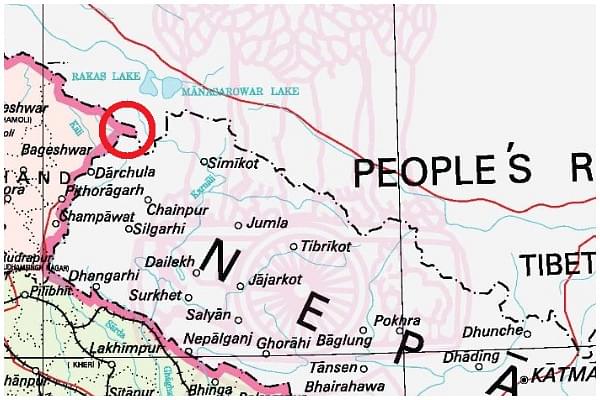 The map in the eye of the storm.

Nepal has, over the last few days, witnessed loud protests against India over what Kathmandu says is inclusion of its territory in a new map released by India earlier this month. The disputed area — Kalapani — has been a bone of contention between the two countries for many years now.

The anti-India protests in Nepal come close in the heels of anti-China protests that rocked many parts of the Himalayan nation. Those protests, which also saw the burning of Chinese President Xi Jingping’s effigies, were fuelled by reports of China encroaching on Nepal’s territories.

Nepal has been witnessing a slew of anti-China protests in recent months over what many in that country perceive as Chinese bullying and malpractices. Thousands of protestors demonstrated across the country over alleged hacking of over 200 Nepali websites, including important government ones, by the Chinese telecom company Huawei.

Nepal’s opposition parties and youth, social and cultural bodies have been protesting non-payment of taxes by Chinese businessmen and traders in Nepal, land-grabbing by Chinese individuals and trafficking of Nepali women by Chinese nationals.

Many observers and analysts feel that Beijing, alarmed over the anti-China protests and growing sentiments in Nepal against China, is now trying to deflect attention to India. The dispute over Kalapani has been a long-standing one between the two countries and there was no reason why it should have flared up now, say the analysts.

But the 35 square kilometer area in Uttarakhand’s Pithoragarh district that Nepal claims as its own has always been in India’s possession. It lies in the tri-junction of India, Nepal and Tibet and is of considerable strategic importance.

It is guarded by the ITBP. Nepal Prime Minister K P Sharma Oli had now urged India to withdraw those troops from Kalapani.

India’s Ministry of External Affairs (MEA) put out a statement saying that the new maps “accurately depicts the sovereign territory of India. The new map has in no manner revised our boundary with Nepal”.

The MEA spokesperson said boundary delineation exercise with Nepal is ongoing under the existing mechanism. “We reiterate our commitment to find a solution through dialogue in the spirit of our close and friendly bilateral relations,” he said.

The statement, tellingly, alluded to “vested interests trying to create differences between the two countries”. This last part, say analysts, is a thinly-veiled reference to China.

The 1816 Treaty of Sugauli, that marked the end of the Anglo-Nepal War, designated the Kali river (now known as Mahakali) as the western boundary of Nepal. The river has many tributaries and India claims that the point at which the tributaries merge at Kalapani is the starting point of the river.

But Nepal claims that Lipu Lad, a rivulet that originates from the Lipulekh Pass and joins the Mahakali later, is the actual Kali river.

The new political map released by India earlier this month has no variation from earlier maps as far as Kalapani is concerned. All maps of India in the past have depicted Kalapani within Indian territory. Kalapani has figured in talks to resolve boundary disputes between the two countries over the past few decades.

That is why analysts feel that the sudden protests in Nepal over this issue are being fuelled by China. More so since Nepal is now saying that talks to resolve this dispute must involve China since the area lies at the tri-junction between the three countries.