India Pulls Out Kandahar Consulate Staff Amid Taliban Advance In Afghanistan; What Next? 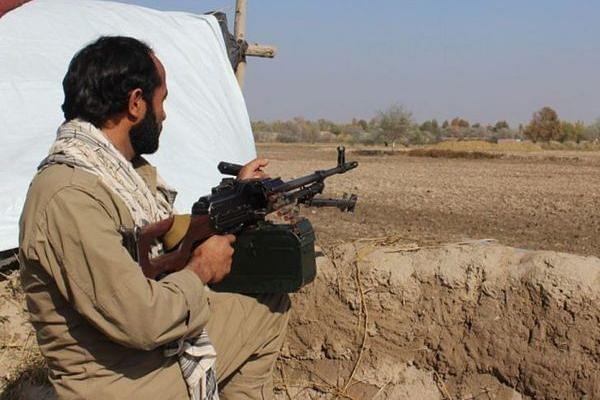 On Saturday (10 July), the Taliban said its fighters had seized two crossings that enabled it to control a continuous arc of Afghan territory from the country's border with Iran to the frontier with China.

The Taliban further said that it now held 85 per cent of Afghanistan, controlling about 250 of the country's nearly 400 districts — a claim disputed by the Afghan government.

Taliban fighters reportedly captured Islam Qala post, the biggest trade crossing between Iran and Afghanistan, and the Torghundi crossing with Turkmenistan. The control of multiple border crossings and the taxes they generate will replenish the group's coffers.

In the wake of the withdrawal of American troops, the Taliban which previously controlled rural and remote areas, are now closing in on major urban centres.

In recent weeks, Taliban has captured much of northern Afghanistan. The Afghan government holds a constellation of provincial capitals that largely depend on air supplies and reinforcement, leaving the country's air force severely strained.

The Hindu quoted an official at a hospital in Kandahar as saying that on Saturday dozens of wounded had been admitted in the past 24 hours, including at least 15 service members. This indicates Taliban is now targeting major provincial capitals.

Kandahar is the country's second-largest city and the birthplace of the Taliban.

In the light of recent developments, India has decided, as a precautionary measure, to temporarily close its consulate in Kandahar.

Officials say they have been particularly worried about Kandahar, with exit routes limited to the airport, as the Taliban forces have taken control of other key districts close to the city, like the district of Panjwai, less than an hour’s drive from Kandahar city.

“There’s an increased level of violence in Kandahar and we may possibly see temporary suspension of services by a number of consulates including the Indian consulate,” Afghanistan Ambassador to India Farid Mamundzay told The Hindu.

India sent an Indian Air Force flight to evacuate about 50 diplomats and personnel of the Indo-Tibetan Border Police (ITBP) back to Delhi, even as a full security review of Indian missions in Afghanistan continues.

“Our aim is to ensure that Indian personnel are safe, and we felt the risk of fighting within the city could endanger them,” an official said.

However, the Indian Embassy in Kabul and the consulate in Mazar-e-Sharif in Balkh province remain operational. In a similar move in April last year, operations were suspended at the other two consulates in Jalalabad and Herat, and the personnel were brought back.

‘Situation Is Evolving And Fluid’

The Ministry of External Affairs (MEA) has not made direct comments on its response to the developments in Afghanistan, calling the situation 'evolving and fluid'.

The MEA said the decision to withdraw the staff was due to the COVID-19 pandemic.

According to the officials, the personnel that returned to Delhi on Saturday would be transported back if the situation improved, while some may be sent to the Kabul embassy, if required.

“We are carefully monitoring the deteriorating security situation in Afghanistan, and its implications on the security and safety of Indian nationals in Afghanistan. Our responses will be calibrated accordingly, depending on how the situation evolves,” MEA spokesperson Arindam Bagchi had said on 8 July.

On Saturday, Afghan President Ashraf Ghani said that the growing violence by Taliban was causing 200-600 casualties every day in the country.

The violence continues despite the fact that the Taliban’s main demand, withdrawal of the foreign troops, has largely been met.

“Taliban should be asked whom they are fighting for? Who will benefit if Afghanistan is ruined and if Afghans are killed? Are they fighting for Afghanistan, or they want the country to be controlled by others,” Ghani asked.

It has now become clear beyond doubt that Taliban aims to come back to power in Afghanistan and re-establish an Islamic emirate. It has little incentive to share power with the existing democratic government. The intra-Afghan dialogue has been in limbo for months, and the Afghan troops and security personnel are demoralised.

The war may end for the US with troop withdrawal, but it will continue for the Afghan people. Women, children, and ethnic and religious minorities will bear the brunt. It is also doubtful whether the Taliban will be able to subdue other armed groups in Afghanistan or enlist the support of a cross-section of the country’s ethnically diverse population. In any case, more chaos and violence are to follow. The neighbouring countries and Europe can expect a flood of refugees.

Geopolitically, China will increasingly try to assert itself as the regional hegemon after US withdrawal, helped by the fact that Taliban and Pakistan deep state remain cordial. Not only will Taliban's ascendance give a boost to Islamists all over the world, but also likely make Afghanistan a safe haven for terror groups like al Qaeda and Islamic State.