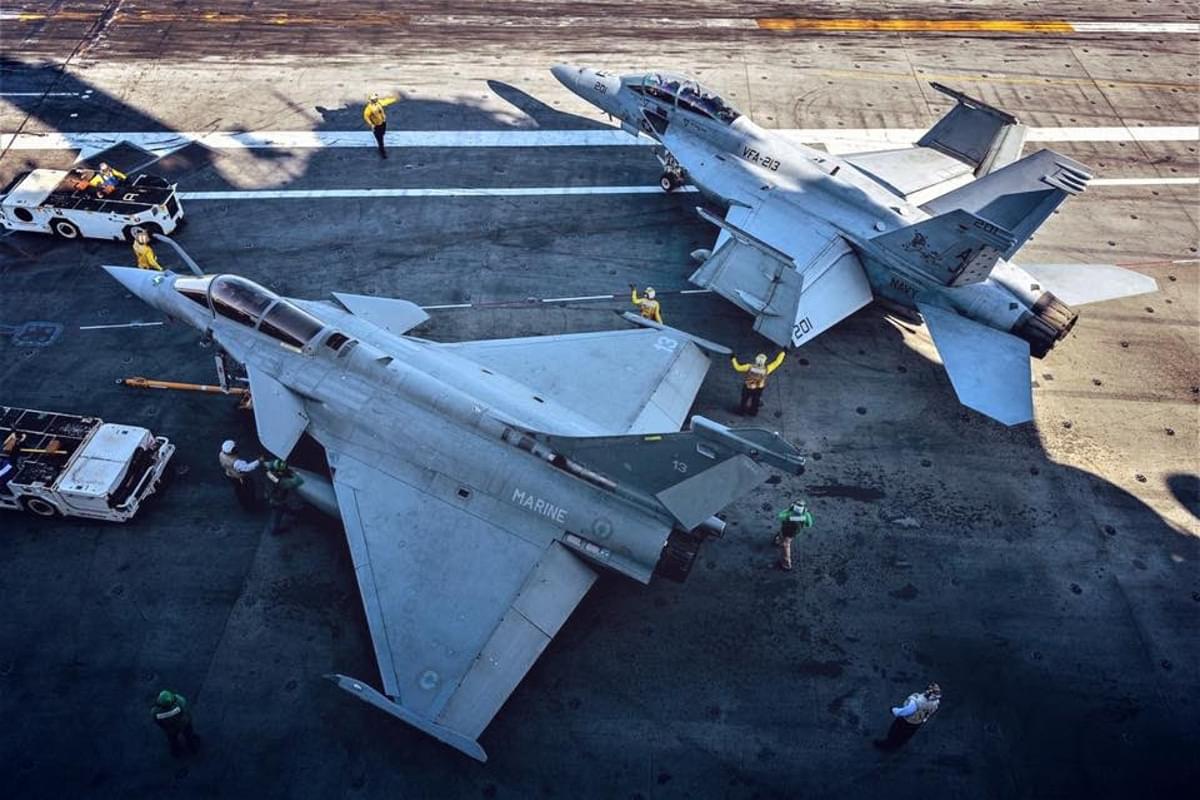 India will buy 26 fighter jets for INS Vikrant through a government-to-government deal, a report in the Hindustan Times says.

The Indian Navy has not been satisfied with the performance of the 45 MiG-29K fighters that it procured from Russia to operate from INS Vikramaditya, the only aircraft carrier in service presently.

With the induction of the first indigenous aircraft carrier Vikrant on 15 August this year, the Indian Navy will have two aircraft carriers but not enough fighters to keep both warships operational.

In 2017, the Navy had projected a requirement of 57 new fighters. But it has since downsized the requirement to 36 fighters as an indigenous fighter for aircraft carriers — the Twin-Engine Deck-Based Fighter — is being developed the Aeronautical Development Agency.

Dassault Aviation's Rafale-M and Boeing's F/A-18 Block-III are in the race for the deal. However, both these fighters have only been operated from nuclear-powered aircraft carriers by their users, France and the US. Unlike India's two carriers, which are conventionally powered and use a ski-jump platform to help aircraft take off from their decks, the US and French carriers use catapult-assisted take-off to operate fighter jets.

To qualify for the deal, the two fighter jets will have to demonstrate the ability to take off from a ski-jump platform.

Rafale-M has already undergone testing at the shore-based ski-jump facility at INS Hansa earlier this year. F/A-18s arrived in Goa earlier this month and are currently being tested. F/A-18 had demonstrated its ability to take off from a ski-jump platform during testing at the Patuxent River Naval Air Station of the US Navy in Maryland sometime in 2020.

Dassault's Rafale-M has an edge over Boeing's F/A-18 as the Indian Air Force has already inducted two squadrons of the fighter, has set up maintenance facilities in the country and may contract for more Rafale.

The Navy has aligned its requirements with those of the Indian Air Force, which could see both buying fighters from the same manufacturer to ensure, among other things, economies of scale.

India's rapidly expanding defence partnership with France, which also has a significant presence in the western Indian Ocean, will also be considered when New Delhi decides on the procurement of fighters.