India To Deploy Warships In South China Sea And Western Pacific For Malabar 2021 And Other Naval Drills, As China Watches 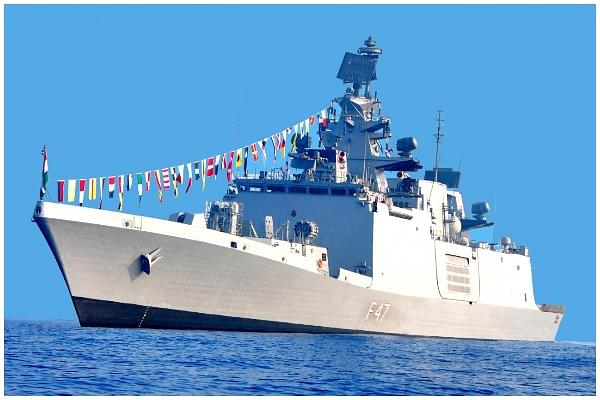 The Indian Navy has announced that a task force of four warships from its eastern fleet will soon depart for deployment in South-East Asia, the South China Sea and the western Pacific.

The Quad countries — India, the United States, Japan and Australia — will hold the next Malabar maritime drill off the island of Guam in the western Pacific towards the end of the month.

The announcement of the naval drill by the Indian Navy has confirmed that the Royal Australian Navy, which had rejoined the Malabar Exercise in 2020, will be part of the exercise.

Australia, which joined the exercise once in 2007, had been invited by India and decided to rejoin the Malabar naval drill at a time when both New Delhi and Canberra were dealing with increased tensions with Beijing over different issues.

The announcement comes at a time when China, upset with the Quad, has been labelling the mechanism an "Asian NATO" and “a military alliance aimed against China's resurgence”.

It recently called the Quad a “small clique”, saying it will "destroy the international order”.

Responding to Beijing's criticism of the Quad during the visit of US Secretary of State Antony Blinken without naming China, External Affairs Minister S Jaishankar said it "needs to get over ideas that somehow other countries doing things is directed against them".

"In a globalised world, India has interests that are far beyond its immediate neighbours...Countries do things that are in their interests for their good and the good of the world and that is exactly the case with the Quad," the External Affairs Minister said during a presser.

During their deployment in this region, Indian Navy warships will also participate in exercises with other navies, including Vietnam, Philippines, Singapore and Indonesia.

Indian warships will also be deployed in the South China Sea, almost all of which is claimed by China as sovereign territory.

Vietnam and Philippines, two of the four countries with which India will hold bilateral naval exercises during this deployment, are party to the dispute in the South China Sea with China.

Although this is not the first time India is deploying warships to this region, the deployment is significant and will be watched closely in China because it comes during a tense military standoff between the two countries along the Line of Actual Control in eastern Ladakh.

China opposes the deployment of foreign warships in the South China Sea, which it claims on the basis of the “nine-dash” line. It has turned numerous obscure reefs and sandbars in the area into artificial islands and fortified them with military infrastructure such as airfields and port facilities and weapon systems like missiles and aircraft.

Last week, China warned the United Kingdom, which has deployed a Carrier Strike Group led by the aircraft carrier HMS Queen Elizabeth to the South China Sea, not to carry out any "improper acts".

It has also opposed the US Navy's presence in the area for Freedom of Navigation operations.

Interestingly, the statement issued by the Indian Navy on the deployment also talks about the commitment to Freedom of Navigation.

"These maritime initiatives enhance synergy and coordination between the Indian Navy and friendly countries, based on common maritime interests and commitment towards Freedom of Navigation at sea," the Indian Navy said in its statement earlier today (3 August).

"The deployment of the Indian Navy ships seeks to underscore the operational reach...towards ensuring good order in the maritime domain and to strengthen existing bonds between India and countries of the Indo Pacific," the Indian statement adds.