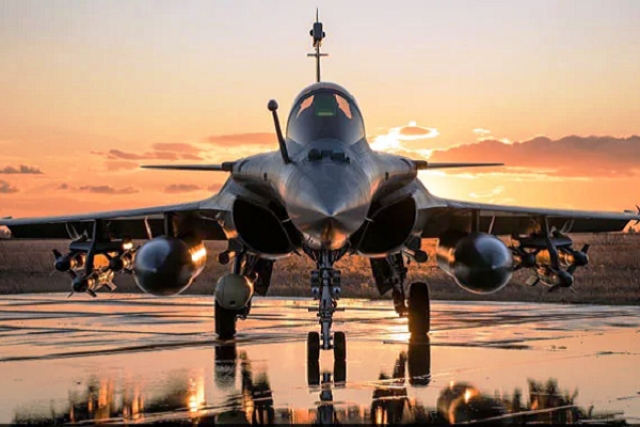 At least five out of the first batch of 36 Rafale fighter aircraft are likely to join the Indian Air Force (IAF) by July end, providing it much-needed muscle amid a depleting fighter strength.

The Indian Army is stretched between its northern borders with China where it is locked in multiple standoffs with the Chinese People's Liberation Army, while in the western borders it is busy tackling the increasing cross-border firing and infiltration bids by Pakistan-based terror groups.

In either case, it is air power that could tip the balance.

The first batch of five Rafale will be inducted at the Air Force Station in Ambala on 29 July subject to weather. The final induction ceremony will take place in the second half of August 20.

"IAF aircrew and ground crew have undergone comprehensive training on the aircraft, including its highly advanced weapons systems and are fully operational now," IAF said.

Post arrival, efforts will focus on operationalisation of the aircraft at the earliest.

The Rafale fighter aircraft will be armed with beyond visual range missiles like Meteor, SCALP and MICA, increasing their ability to take on incoming targets from a distance.

A senior Indian Air Force officer said that Rafale fighter jets would be a major force multiplier. "There would always be a fear factor within the minds of the enemies," said the officer, adding that even one Indian Rafale fighter can thwart the enemy's plans.

He also explained that India will be supreme in the sky when the Rafale fighter aircraft come to the theatre.

Built by France-based Dassault Aviation, the aircraft will reach India in July-end though their induction would take place later. Of the two squadrons, one will be at the Ambala Air Force Station and the other at Hashimara and will be dedicated for the northern borders.

India signed an inter-governmental agreement with France in 2016 to buy 36 Rafale fighter jets for Rs 58,000 crore.

It also claims that that its J-20 stealth fighter jet has a generational advantage over Indian aircraft, a gap that cannot be fulfilled by any means.

And even though the PLA Air Force has more fighters, airstrips high in the Tibetan Plateau would mean that they would have to trade-off between the payload and fuel. In contrast, Indian fighters will largely be using airstrips that are located at the sea level.