Indian Economy In Tatters, Really? Here Are A Few Instances Which Puncture The ‘Doomsday’ Narrative 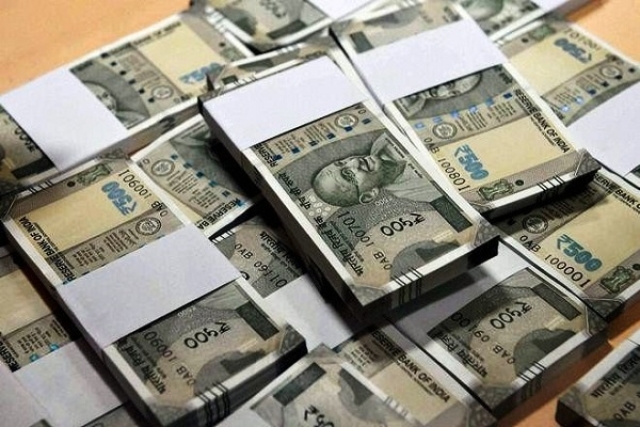 Recent days and months have seen a rise in reports painting a very bleak picture of the Indian Economy.

While majority of the initial reports focused on the auto slowdown in the country the narrative soon shifted to new economic issues ‘exposing’ the perilous state of the Indian economy.

Various reports claimed that biscuit make Parle-G was facing the pinch of the slowdown and considering cutting 10,000 jobs due to falling demand. A Britannia official was also quoted as claiming that Indian consumers were even thinking twice before buying a Rs 5 biscuit packet.

The inference drawn by many was simple, the Indian Economy has worsened to such an extent that people were cutting down on eating modestly priced glucose biscuits.

The matter peaked few days ago when a media outlet made a stunning claim - the state of the economy is so bad that Indians are not even buying underwear, which led to much ridicule.

This has also turned into a political issue with the opposition repeatedly criticising the government and the Congress planning a protest ahead of the Parliament’s winter session.

It has been argued that while the economy is facing a slowdown, it is by no means in a free-fall which could cause Indians having to cut down on underwear and biscuits.

Hence here are a few instances which puncture the doomsday claims about the Indian economy.

A few days ago it was reported that Indian e-commerce giants Amazon and Flipkart notched record breaking sales during their festive season sales. This growth was a result of high demand from India’s small towns and cities.

The premium smartphone category too got a share of the pie as OnePlus recorded a revenue of Rs 500 crore during its two day sale. Samsung’s Rs 1.65 lakh smartphone Galaxy Fold was sold out within 30 minutes - not once but twice. Apple’s iPhone 11 too was sold out soon after listing on e-commerce websites.

Due to high prices and liquidity crunch India’s jewellery market had expected the sales to be around 20 tonnes but the final figure stands 50 per cent higher at 30 tonnes.

The Sensex today (30 October) crossed the 40,000 mark in the wake of the positive corporate earnings and the government’s plan to scrap the Dividend Distribution Tax (DDT).

This is a remarkable turnaround from the the doom and gloom picture being painted in the last few months.

The Initial Public Offering (IPO) of IRCTC too witnessed a mad rush with the stock getting oversubscribed by a whopping Rs 112 crore. Long story short, while IRCTC sought to raise only Rs 645 crore, investors pledged a whopping Rs 72,000 crore.

The retail segment too marked a strong performance after being oversubscribed 14.4 times.

Auto Slowdown But What About This?

Amid slowdown worries newly launched car manufacturers like MG Hector and Kia have had no problems selling their cars.

Back in July, soon after opening booking, MG Hector had announced that it had sold out all its vehicles for 2019 and even proceeded to temporarily halt registrations.

The competitively priced SUV Kia Seltos too has seen strong demand in the last two months - having already received over 50,000 bookings.

On the day of Dhanteras, luxury car-maker Mercedes Benz announced that it sold more than 600 cars in a single day - which was described as an overwhelming response by the German auto-maker.

While Parle-G was used by many to train its guns on the Indian Economy, the biscuit manufacturer saw its net profit rises by 15 per cent in FY19. Its revenue to grew by 6.4 per cent to touch Rs 9,030 crore in the last financial year.

The company also denied media reports about it having planned a 8,000 to 10,000 cut in its workforce.