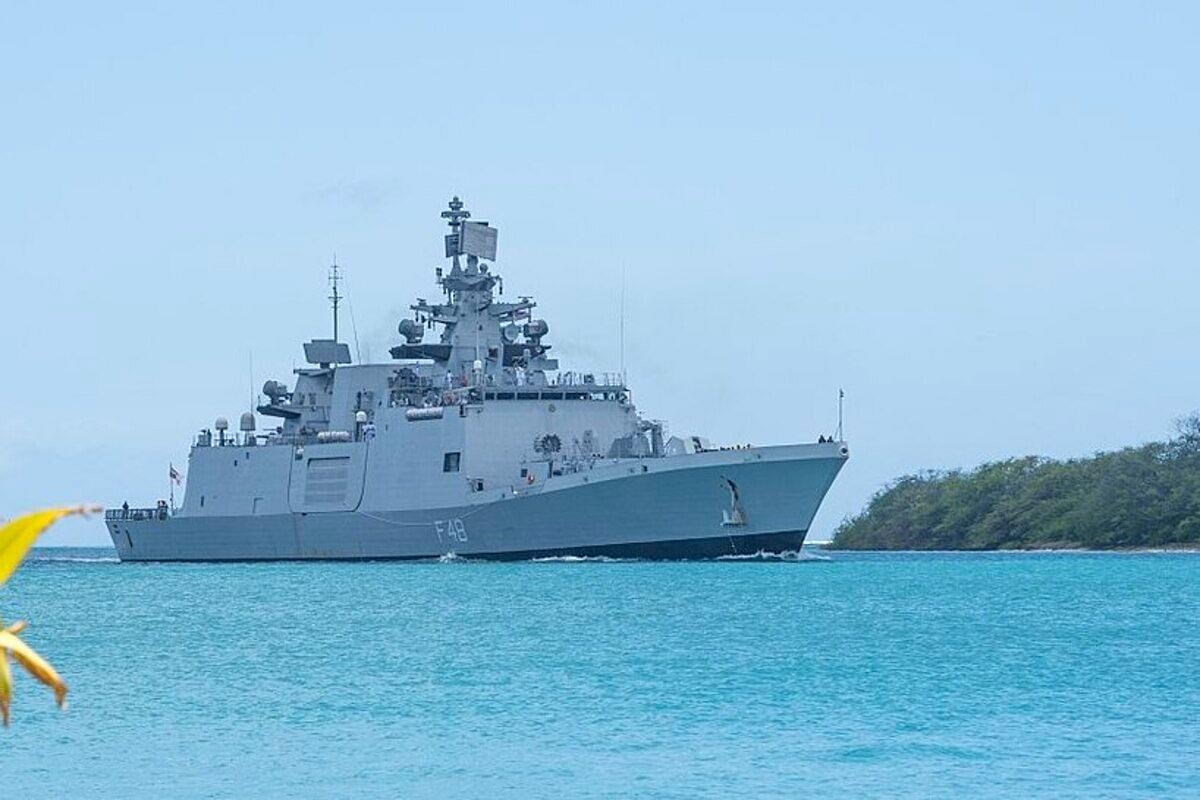 INS Satpura arrives at Joint Base Pearl Harbor-Hickam for Rim of the Pacific in 2016.

INS Satpura, a Shivalik-class stealth frigate of the Indian Navy, is on a deployment to the South China Sea and western Pacific.

The warship visited Manila, the capital of the Philippines, from 3 to 6 June to improve interoperability between the Indian Navy and the Philippines Navy, the Ministry of Defence has said in a statement.

"The IN ship was visited by officers and sailors of the Philippines Navy, who were briefed about the indigenous design and construction of the modern stealth frigate. Personnel from both navies also participated in friendly football and basketball matches," the statement reads.

The Philippines and China have a long-running dispute over parts of the South China Sea, almost all of which is claimed and controlled by China.

The dispute in the South China Sea, to which Vietnam, Malaysia, Brunei and Taiwan are also a party, is driven by overlapping claims to land features and the maritime entitlements around them. Over the years, China has built artificial islands in the region and militarised them to solidify its claims and has bullied other claimants, including the Philippines.