Indian Oil Partners With NTPC For Generation And Storage Of Renewable, Other Cleaner Forms Of Energy 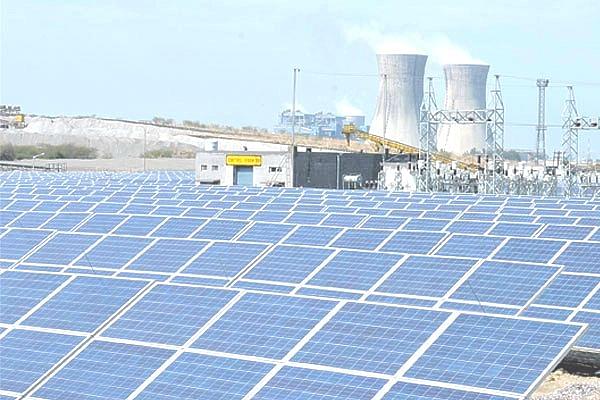 IndianOil and NTPC on Friday (12 November) signed a Memorandum of Understanding (MoU) to collaborate and mutually explore opportunities in the field of renewable energy.

The MoU was signed on Friday in New Delhi in the presence of Shrikant Madhav Vaidya, chairman IndianOil and Gurdeep Singh, chairman and managing director, NTPC.

According to an Indian Oil statement, this is a first-of-its-kind initiative by the two leading public sector energy majors of India to support the country's commitment to achieve renewable energy targets and reduce greenhouse gas emissions.

Speaking on the occasion, Shrikant Madhav Vaidya, Chairman, IndianOil, said, "As a global energy major, environmental priority is being weaved into every business aspect of IndianOil, and now, we intend to use green energy to power new projects and refinery expansions."

Gurdeep Singh, CMD, NTPC, said, "NTPC is taking various steps to make its energy portfolio greener by adding significant capacity of renewable energy sources and plans to have 60GW capacity through renewable sources by 2032, which will constitute nearly 45 per cent of its overall power generating capacity".

IndianOil and NTPC have come together for the generation and storage of renewable energy or other cleaner forms of energy, including gas-based power, primarily to cater for IndianOil Refineries or other installations, the statement said.

According to the statement, IndianOil has plans to scale up its portfolio of renewable energy with solar, wind, etc, for refinery operations, thereby reaffirming its commitment towards environmental sustainability and reduction of carbon footprints.

IndianOil plans to meet 85 per cent of the power requirement for new projects in its refineries primarily from renewable sources in the near future, it said.

The company said that it is also well poised to leverage India's sustainable commitments through multiple green initiatives, including increased use of natural gas in all refineries, ethanol-blended Motor Spirit, sale of Compressed Biogas (CBG) and production of biodiesel using cooking oil as feedstock.

IndianOil's R&D team has undertaken various pilot projects in the field of solar power, solar thermal and solar hydrogen and has been leading India's foray under the Government's National Green Hydrogen Mission, it said.