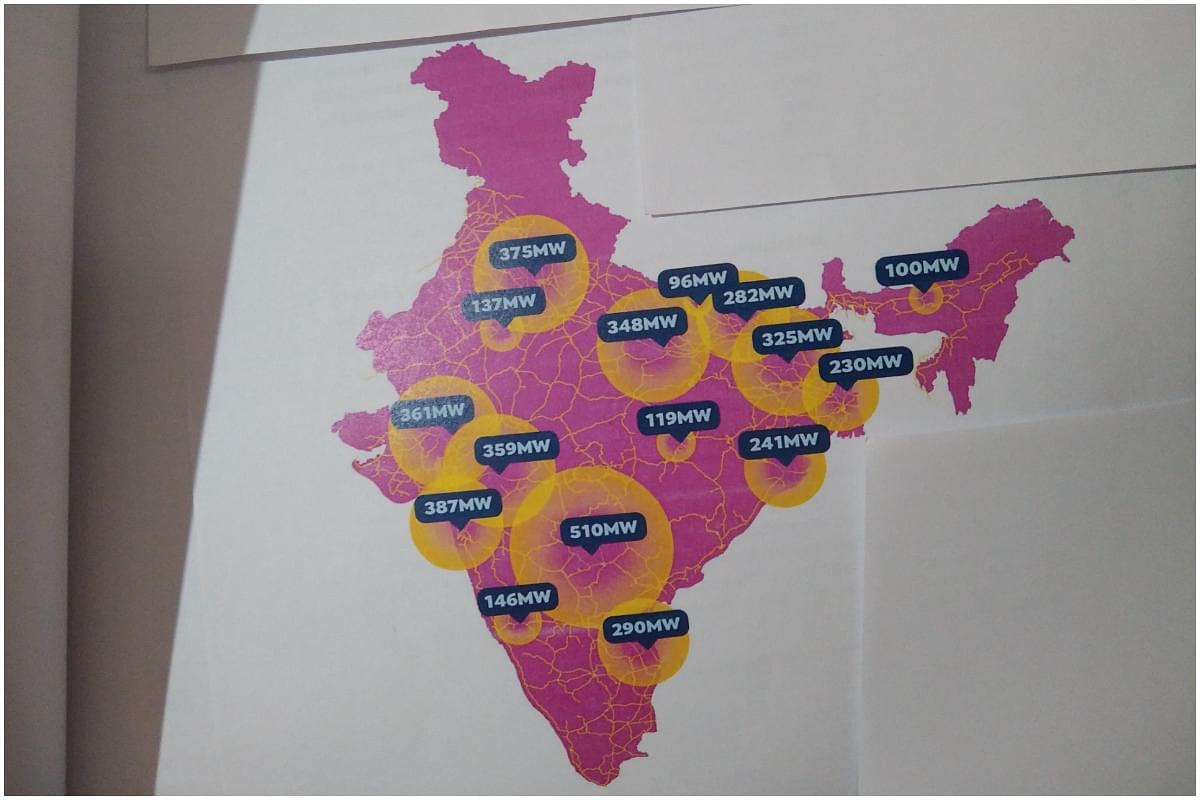 A region-wise energy generation proposal as mapped by Indian Railways.

Gearing up to meet the net-zero emitter target by 2030, Indian Railways has drawn out an elaborate strategy as part of India's decarbonisation action plan to reduce emissions and bring about cleaner air.

As solar power is crucial for delivering energy transition in India, the Railways has identified about 51,000 hectares of unproductive rail land as suitable for solar-to-rail projects.

The national transporter has constituted the Railway Energy Management Company, a joint venture, to support the development of solar PV and wind energy projects to meet the Railways' energy needs.

According to the plan, it would install 20 GW of solar for both traction and non-traction loads as part of its effort to reach net-zero by 2030. Achieving net zero by 2030 will save Rs 17,000 crore in fuel costs and other savings per year.

In order to move away from diesel and thermal power-based electricity consumption, Indian Railways is scaling up its renewable energy plan including tendering 3 GW of solar projects this year and commissioning 103 MW of wind power as well as creating green jobs and lowering air pollution.

While stepping up efforts for full electrification by 2023, the Railways is at the same time continuing to replace diesel locomotives with electric and building dedicated freight corridors and high speed rail.

According to the Railways, these projects could increase the share of rail in transportation, moving it away from the road and benefiting the environment while also making the traffic of freight faster.

Currently, 3 GW of land-based solar was tendered, 103 MW of wind projects has been installed with a further 187 MW of wind energy plants in the next two years being planned.

100 MW of rooftop solar is also being rolled out at 900 stations with 400 MW under different stages of execution. The target is for 7,000 stations plus trains to be fitted with the solar systems.

Other initiatives include 100 LED lighting across its installations, utilising battery-powered shunting locos and deploying electric vehicle charging infrastructure. According to the railways, together all the initiatives will make the national transporter the first transport organisation to be energy self-sufficient.

Railways has also committed to plant trees along its rail lines and station yards without transferring land ownership to the State Forest Department.
India relies heavily on imported oil and Indian Railways is the third largest diesel consumer in the country.

So by becoming fully electric by 2023 it will reduce the use of imported fossil fuel which results in improving energy security.

"Indian Railways has set a target of becoming the world's first net-zero emissions railways by 2030. Achieving the target could lead to an annual emissions reduction of at least 15 million tonnes of CO2 which could help meet 5 per cent of India's NDC target," said a senior Railway Ministry official.
The net-zero target means Railways will be pushing the power sector to provide renewable energy instead of coal-based electricity.
Switching to electric trains and renewable power will help improve air quality.

According to the industry, the increasing rail tracks and renewable energy deployment can generate a large number of jobs, particularly in the solar sector.