India’s Rafale Vs China’s J-20: How The Two Fighters Stack Up Against Each Other 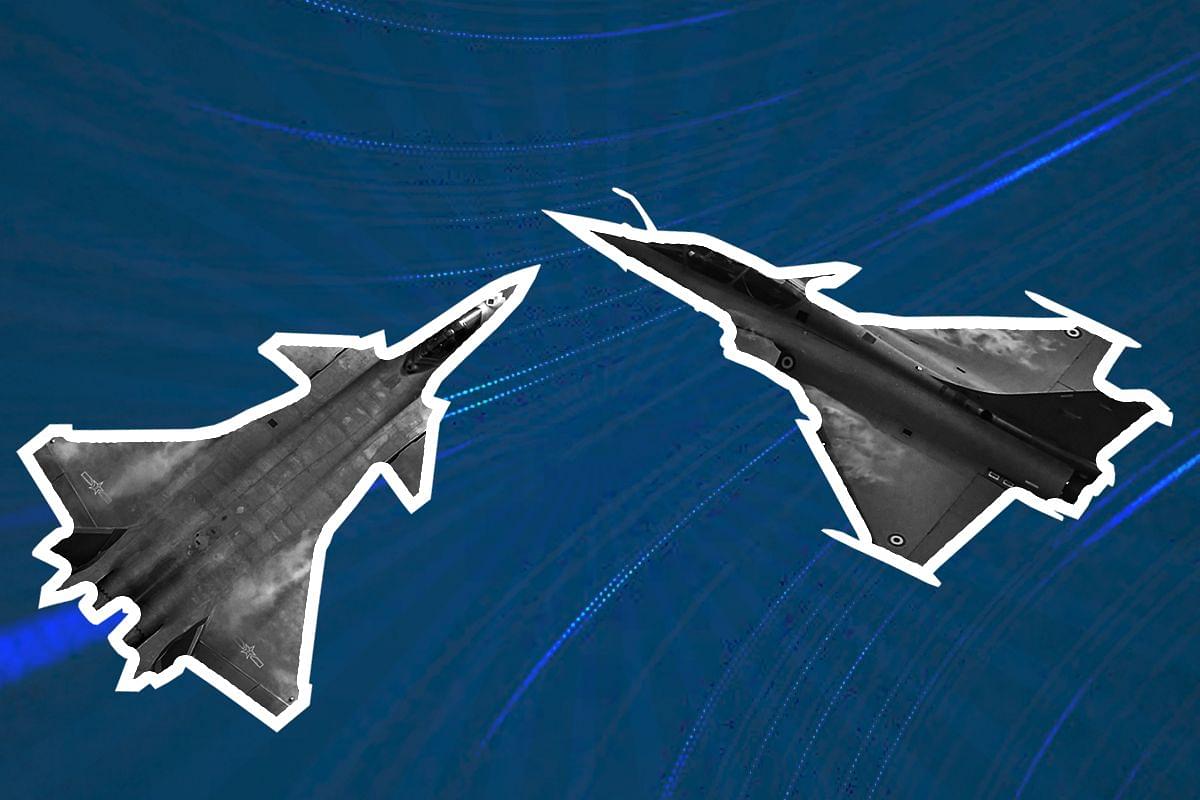 With the first of the Indian Air Force’s 36 Rafales landing in India today, amid its most serious standoff with China in over five decades, many observers have been wondering if the new fighter can take on the Chinese air force in the event of war — especially the J-20 fighter, China's most advanced fighter aircraft.

The two fighters are very different. While the French Rafale is a 4.5 generation fighter with a close-coupled canards/delta wing configuration, China touts the J-20 as a fifth generation platform with stealth capabilities.

And while this critical difference may suggest that the Chinese J-20 is superior to the Rafale, it may not really be the case.

Does J-20’s Stealth Offers It An Advantage Over Rafale?

It does, at least on paper.

But in the battlefield, this advantage depends on the efficiency of J-20’s stealth.

And over the past few years, serious questions have been raised by experts on the performance of its stealth features.

The efficiency of stealth features of a fighter depends on not only on the shape of the aircraft, but also its exhaust, cockpit shielding, flight characteristics, and, most importantly, its material composition.

“At best, it’s [China’s J-20] probably stealthy only from the front,” aviation analyst Richard Aboulafia, of the Teal Group told Wired in 2016.

“All-aspect stealth like that in the F-22 and F-35 minimizes the radar signature from all directions,” he added.

Additionally, the IAF has claimed that it has been able to track the fighter through its radars, raising questions about the effectiveness of J-20’s stealth characteristics.

While the development of J-20 does suggest that China is moving closer to a robust stealth fighter capability, and the future variants of the J-20 may have better stealth features, the current state of China’s stealth technology does not offer J-20 a significant advantage over the Rafales.

J-20’s Engine Adds To Its Many Problems

Given the high-thrust WS-15 turbofan — China’s purpose-built engine for its new generation stealth fighter — is still not ready for use, the People’s Liberation Army Air Force is making do with Russian AL-31F engines on its J-20s instead.

“Chinese engineers have been developing high-thrust turbofan WS-15 engines for the J-20, but that work has fallen behind schedule,” the South China Morning Post said in a report on J-20 fighters earlier this year.

“..it was equipped with inferior engines...when it first joined the air force in March last year because “critical problems” with its tailor-made WS-15 engine, exposed by an accident in 2015, had not been fixed..,” it said it another report.

This, experts say, not only limits the maneuverability of the fighter and its fuel efficiency but also its stealthiness at supersonic speeds.

Rafales are not only in service with multiple air forces, it has a proven combat record and has evolved into a potent machine over two decades.

Between 2006 and 2011, the Rafales in service with the French Air Force and Navy were involved in combat missions in Afghanistan. In 2011, the France deployed its Rafales over Libya, where it destroyed Libyan air defences. The fighters have also been deployed for operations against the Islamic State in Iraq and Syria.

During these operations, the fighters have conducted precision strikes with HAMMERS and laser-guided bombs, deep strike with SCALP cruise missiles, and have also flown Intelligence, Surveillance, Tactical Acquisition and Reconnaissance missions.

Rafales have also conducted long-range missions in Mali during the French intervention in the African country.

This includes the longest raid in the history of the French Air Force, spending no less than 9 hours 35 minutes airborne.

Rafale Comes With Some Of The World’s Most Advanced Weapons

The weapons it packs, among other things, make the Rafale fighter the platform it has evolved into over the last two-and-a-half decades — most of all, MBDA’s Meteor beyond-visual-range air-to-air missile.

The Ramjet propulsion system gives Meteor the ability to throttle its engine (control engine power) during the various stages of its flight towards its target.

The ramjet-equipped Meteor has greater chances of hitting a target at long ranges than an air-to-air missile using a typical rocket motor.

This capability gives Meteor the largest ‘no-escape zone’ — the area within which the target can’t kinetically avoid being hit or the kill probability is very high.

Rafales also come with SCALP, a deep-strike air-to-ground cruise missile with a range of over 560 kilometres.

The missile can be fired at its target from stand-off ranges, while still flying within the safety of the Indian airspace in many cases. The missile’s low observability characteristics adds to its lethality.

French Air Force Rafales used the missile widely during its interventions in Libya and Syria. It was used by the Royal Air Force and the Italian Air Force in Libya.

HAMMER precision-guided air-to-ground munition, which the IAF is procuring for its Rafale fleet, comes in with an extended stand-off capacity.

The PLAAF does have weapons with similar capabilities.

China’s PL-15 air-to-air missile, on paper, has a ranger greater than the Meteor missile that will arm the Rafales. However, experts say that the missile may not be as effective at long ranges as its western counterparts such as Meteor.

Meteor has many advantages over the PL-15, including its ability to receive mid-course updates not only from the fighter it is fired from, but also from “third party” sources like other friendly fighters in the battle zone, airborne early warning and control aircraft, and land and sea-based radars.

In terms of weapons upgrades, Rafale will continue to benefit from the European ecosystem which it is part of and is likely to maintain its edge going forward.

Both Rafale and J-20 use an Active Electronically Scanned Array (AESA) radar.

While little is known about the capabilities of China’s AESA radar, experts widely believe that China remains years behind the west on this front even as it has closed the technological gap over the last two decades.

With its “superior beam agility and its enormous computing power,” Rafale’s RBE2 radar, developed by Thales, is one of the most advanced in the world.

Rafales are also equipped with SPECTRA Electronic Warfare system for threat warning against against hostile radars, missiles and lasers.

The SPECTRA system, Dassault Aviation says, “carries out reliable long-range detection, identification and localisation of threats, allowing the pilot to instantly select the most effective defensive measures based on combinations of radar jamming, infrared or radar decoying and evasive manoeuvres.”

Clearly, the Rafale is a mature 4.5 generation fighter, which has some of the most advanced weapons in the world, access to the western ecosystem for future upgrades, and is already combat-proven.

In comparison, China’s J-20 is a new fifth generation stealth fighter in the early stages of induction into the PLAAF, without a purpose-built engine, and is far from reaching maturity required for combat readiness.