Petition To Bring Back Women From Kerala Who Left To Join IS In Afghanistan: What Should India Do? 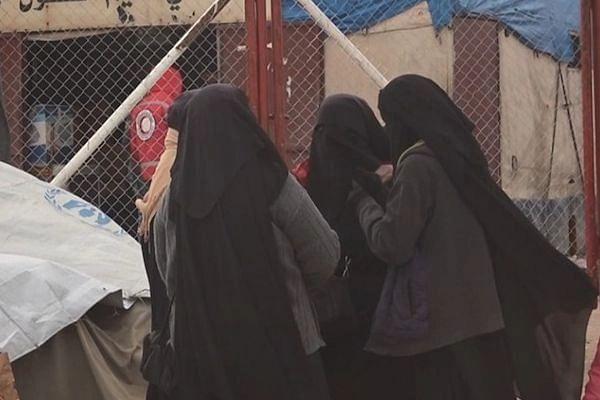 On Monday (26 July), Kerala High Court asked the central government to respond to a petition filed by the mother of Nimisha/Fathima who left India with her husband to join Islamic State (IS).

She is currently lodged in an Afghanistan prison after her husband, an IS fighter, was killed in an attack. The petition is filed by Fathima's mother Bindu K, demanding the repatriation of her daughter and four-year-old granddaughter. Bindu had alleged that her daughter was a victim of targeted conversion to Islam through marriage or, 'Love Jihad'. Bindu had moved the Supreme Court seeking a probe by a central agency into the religious conversions by extremist groups.

"Not repatriating Nimisha and her child amounts to a violation of the fundamental right to life and denial of the right to education to the kid. The petitioner has been running from pillar to post since 2015 but has failed to receive any support from the central and state governments. None of the media reports which say they have been detained in the prison has been denounced or countered by the Indian authorities. The return of them shall not pose a threat to the security or sovereignty of India since after the repatriation they can be rehabilitated and reintegrated into society under the watchful eyes of human rights organizations."

A single Bench of Justice PB Suresh Kumar sought a response from the Centre while considering the petition.

Keeping with the familiar trend, the two women from Kerala who went to Afghanistan to join Islamic State (IS), want to return to India. Last year itself, Fathima — a Hindu convert to Islam (previously Nimisha) from Thiruvananthapuram, and Ayesha — a Christian convert to Islam (previously Sonia Sebastian) from Ernakulam reportedly expressed their desire to return to India.

In a video released by StratNewsGlobal website, the women said that their husbands — Islamic State terrorists — have been killed.

Sonia alias Ayesha said that she was ‘disappointed’ with her life in Afghanistan and wanted to return to her in-laws.

She had married Abdul Rashid, the ring-leader of Kasargod module who radicalised and sent a group of 22 persons from Kerala to fight for IS.

One of the suspects in the recent Sri Lanka Easter bombings that killed hundreds, Pulasthini Mahendran alias Sarah, was also a recent Hindu convert to Islam, and allegedly a victim of 'Love Jihad'.

Both Sonia and Nimisha were college students when they converted to Islam. Nimisha was married to another convert to Islam from Christianity — Esa alias Bexin. Their marriage was reportedly arranged by Abdul Rashid.

Both couples left to fight for Islamic State in Afghanistan. The Khorasan module was launched in 2015 and quickly filled its ranks with recruits from madrasas and universities.

The radical Islamists invoke the Hadith for the prophesy that a great battle would occur in India between Muslims and non-Muslims before the end-times — the Ghazwa-e-Hind — to eradicate idol-worshippers and establish Darul Islam.

According to one Hadith, an army with black flags would emerge from Khorasan to help the Mahdi establish his caliphate at Mecca.

These Hadith are used not just by radical groups today, like al Qaeda and IS, but have been historically used, for example, by Abbasid and Umayyad caliphates to mobilise fighters. In fact, Ghazwa-e Hind was invoked each time a Muslim leader or would-be conqueror attempted to raise an army to invade India.

Also read: As Islamists Call For “Ghazwa E Hind”, A Look At The Term’s History And Meaning

Abdul Rashid was reportedly killed in a US airstrike in Afghanistan's Khorasan province. Sonia has a daughter named Sara from her marriage with Rashid. She now wants to return to Rashid’s family. Nimisha also has a four-year-old daughter.

Interestingly, Rashid was a computer engineer while Sonia was an MBA degree holder, who worked with an NGO named Peace Educational Foundation. Nimisha was going to college to become a dentist.

Should Fathima and Ayesha be allowed to return?

Similar cases of Jihadi brides have presented themselves in front of United States (US), United Kingdom (UK) and other countries.

Those in favour of the repatriation argue that whatever be the nature of their crimes, the IS fighters are still Indian citizens, and should be allowed to come back to their country. If the country doesn’t take their responsibility, they would become stateless, which would grievously hurt their human rights.

As per Indian law, the government has the power to deprive someone of citizenship if they show disloyalty towards Constitution of India or have unlawfully communicated or supported the enemies of the nation.

Joining the Islamic State — which fashioned itself as a global caliphate and plans a ‘Ghazwa-e-Hind’ — can be seen as amounting to a voluntary renunciation of the Indian citizenship, especially because both Ayesha (previously Sonia) and Fathima (previously Nimisha) the women were well-educated and mature enough when they made the decision to join IS.

The only respite they can claim would be on account of them being a victim of targeted conversion ('Love Jihad'), as their family members have alleged. However, the women themselves haven’t said this.

Others argue that the Jihadi brides should be brought back, tried for treason, and punished according to the law of the land.

Both women said in the video that they want to return home “provided they are not arrested and allowed to meet their families”.

The bigger question is whether upon their return, these women would challenge and speak against radical Islam — the ideology that inspired them to join the terror group; whether they want to come back because they have shunned the ideology, or just for the sake of convenience.

In their video, neither has expressed any remorse or dissociation from radical Islamist ideology.

In case their radical inclinations are intact, then a country runs the risk of further radicalisation in the community by bringing them back.

The women are very likely to turn their court trials into a propaganda instrument, portraying themselves as the heroes sacrificing their lives for Jihad, and the Indian state as the enemy. Both are bound to receive a hero's welcome by the extremist groups in the country.

The same anti-CAA protests brought to light the extremist views of Sharjeel Imam, the chief organiser of Shaheen Bagh — an IIT Bombay graduate who later joined JNU to study history, and was a columnist for The Wire.

He called upon Muslims to show their demographic power and dismember Assam from India. He also criticised nationalism as a shirk like idol-worship, and called Mahatma Gandhi the “greatest fascist of the 20th century” for talking about ‘Ram Rajya’. The Shaheen Bagh organiser reportedly wanted to see India turn into an Islamic state.

Just like Imam, many fighters across the world who left to join the Islamic State were young, educated and outwardly well-adjusted in their modern lives. In fact, a World Bank study found that those aspiring to become suicide bombers were, in terms of wealth and education, among the best-off.

The question whether Jihadi brides should be brought back to India or not is part of a broader conversation that India needs to have regarding radical Islamism; how it operates through seemingly innocuous channels protected by a discriminatory model of secularism; and how innocent young women from non-Muslim backgrounds continue to be systematically targeted by Jihadist groups — from grooming gang victims in UK, Yazidi women in Iraq, to abduction and rape of Hindu-Sikh girls in Pakistan.

Meanwhile, the world remain focussed on whether questioning the ideological motivations and historical legacy of above-mentioned cruel acts is Islamophobia or not.