‘Kalyana Karnataka’: How State’s Much Neglected Region Has Been Finally Rid Of Its ‘Nizam Era’ Taint 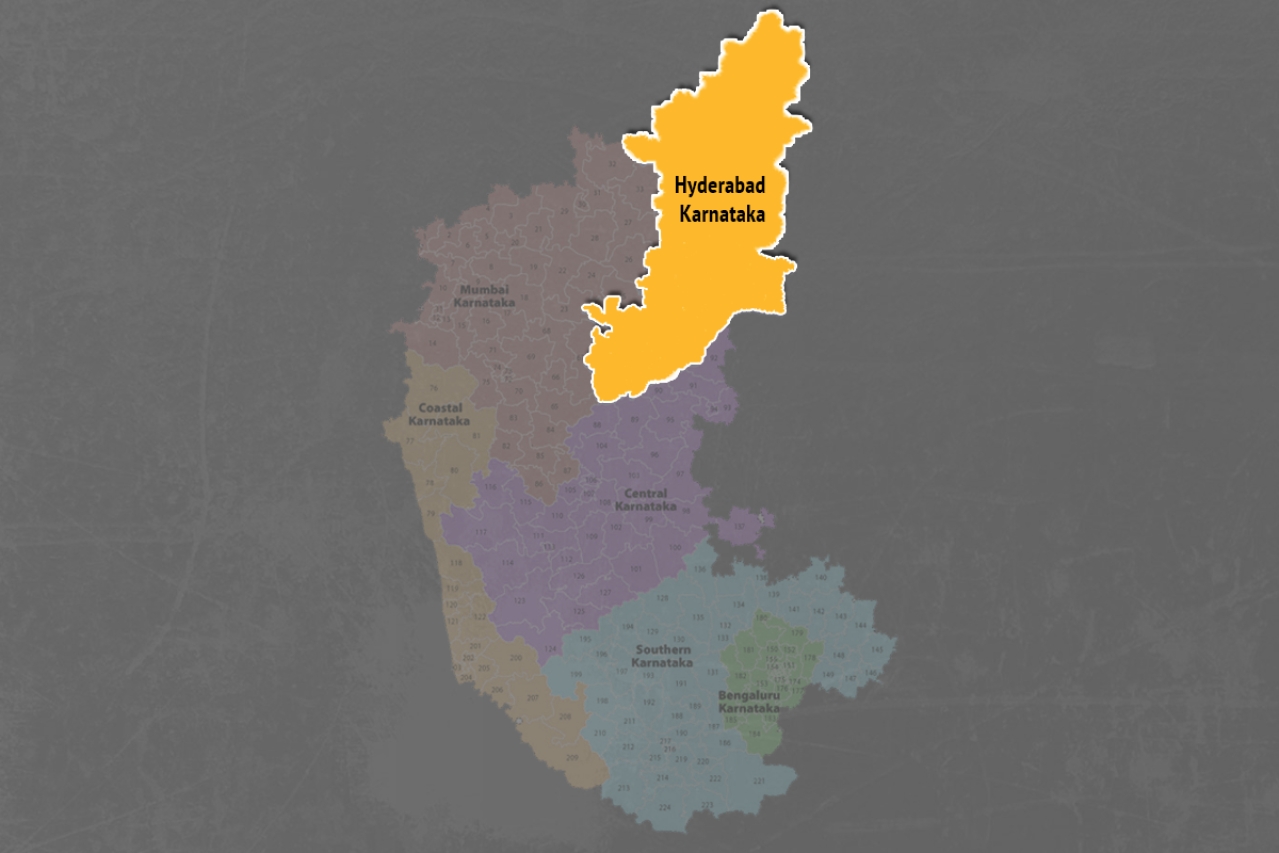 Hyderabad Karnataka has now been renamed as Kalyana Karnataka

Seventy one years ago it had got freedom from the tyrannical rule of the Nizam. On the same day, seven decades later, it has been freed from that identity too. The second largest region of Karnataka formerly known as Hyderabad Karnataka has been officially renamed Kalyana Karnataka.

Chief Minister B S Yediyurappa renamed the region at Kalaburgi at a Liberation Day function where he also announced plans to set up a separate secretariat for the development of the region.

With this the state government has fulfilled a long pending demand for this region of doing away with the ‘nizam era’ nomenclature. Although the decision to change the name was taken earlier this month, it was formally renamed so on the day the region celebrates Hyderabad-Karnataka Liberation Day.

The region which comprises seven districts of Bidar, Yadgir, Raichur, Koppal, Gulbarga and Bellary and had continued to be under the last Nizam Mir Osman Ali Khan Bahadur even post Indian independence.

The region suffered a lot under his reign until Sardar Vallabh Bhai Patel after warning him sufficiently enforced ‘police action’. The Nizam finally gave in and signed the accession treaty on 17 September 1954.

It has been named ‘Kalyana’ Karnataka after the reign of the Kalyana kingdom which witnessed the rise of Sharana movement and Vachana literature led by the saint poet Basavanna.

“I have renamed the region with a purpose of erasing the bad memories of the atrocities of the Razakars and the oppression by the Nizam of Hyderabad and to promoting the Sharana culture. This will mark the beginning of a new age of development in the region,” said Yediyurappa, as quoted.

Reminiscing the days of Basavanna which turned this region into an epicenter of intellectual and though revolution, Yediyurappa said they would make amendments to art 371(J) if need be to enhance education and employment in the region.

All 41 legislators from the region had petitioned for the change of name and having completed the official formalities for the name change, the announcement was made yesterday (17 September).

The change in name is being projected as the catalyst to usher in the much needed developmental work in the region. Here are the measures that the Lingayat tallman announced in this region which is the stronghold of the Lingayat and Veerashaiva community to bring in ‘development and usher in Sharana culture’ in this part of Karnataka.

1. An increase in the special grants provided to the development board in the next budget

2. Efforts to fill the 10,748 posts lying vacant in the region so that the local unemployed youth can get jobs – In the six districts of the region, of the 32343 government posts that were available only 13619 have been taken up.

4. A grant of Rs 3 crore to build a Veerashaiva hostel in Kalaburgi

5. A branch office of the Kalyana Karnataka special cell in Kalaburgi

6. Inauguration of the Kalaburgi airport by Prime Minister Narendra Modi next month - The airport at Kalaburgi will be declared open tot he public by the prime minister. Commercial operations will follow suit. This is being seen as an important step to boost development of industries in the region leading to greater employment opportunities.

7. A Kalyana Karnataka study centre to be established at Gulbarga University

8. Efforts to me made to make the forgotten history of the region a part of the school curriculum

Get Swarajya in your inbox everyday. Subscribe here.
Tags:
65 Shares