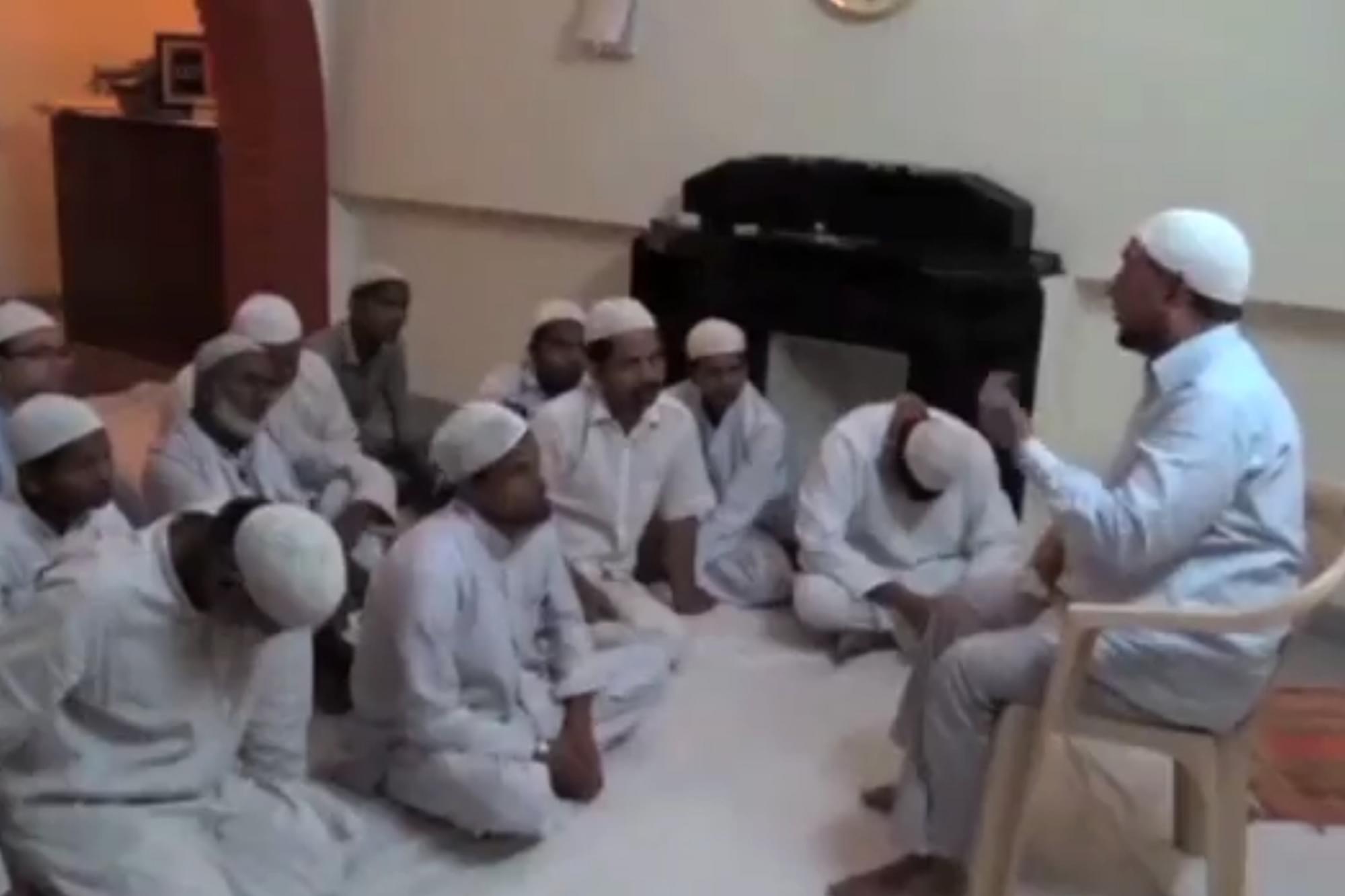 A still from the video. The one sitting on chair is alleged to be Iftikharuddin

Even as the SIT begins its investigation into charges of forcing religious conversions against Uttar Pradesh IAS officer Mohammad Iftikharuddin, former president of Rajkiya Unnayan Basti in Kalyanpur has alleged that the officer had once even "lured him to convert to Islam".

Nirmal Kumar Tyagi, former president of Rajkiya Unnayan Basti, told reporters that in October 2016, the then divisional commissioner Mohammad Iftikharuddin's convoy reached Kalyanpur and residents of the settlement were told that they would have to vacate the place, as this land was to be used for the Metro project.

Tyagi alleged that when he pleaded the commissioner not to destroy their houses, keeping in mind their poor financial conditions, the commissioner started to lure him to convert to Islam by offering him money.

"When the commissioner was making this suggestion, a person present there started giving him literature related to Islam," said Tyagi.

He further said, "Several attempts of conversion were made in the settlement. However, the locals decided that they would not accept the offer. When they approached the court regarding the issue of vacating the settlement, the crisis was resolved."

When asked, he said that he would testify against the IAS officer if summoned by the SIT.

It may be recalled that a purported video of IAS Iftikharuddin had gone viral on social media in which he is seen and heard discussing strategies to spread Islam to every home in India.

The video, the date of which is yet to be ascertained, also features a religious leader who is seen sitting beside the IAS officer.

In the video, Iftikharuddin is seen sitting with a group of men, all clad in white kurta pajamas and the Islamic skull cap. He says that it their ordained duty to spread Islam in the entire world and to each and every home. He says that Uttar Pradesh is strategic for this purpose.

In another related video, IAS offcer is seen sitting on the ground when a Muslim speaker is delivering radical lessons at his official residence.

National Vice President of Math Mandir Coordination Committee Bhupesh Awasthi has filed a complaint with the state government against Iftikharuddin. He also submitted the copies of the video along with the compliant

Chief Minister Yogi Adityanath had summoned the Police Commissioner Aseem Arun to Lucknow on Tuesday in this regard.