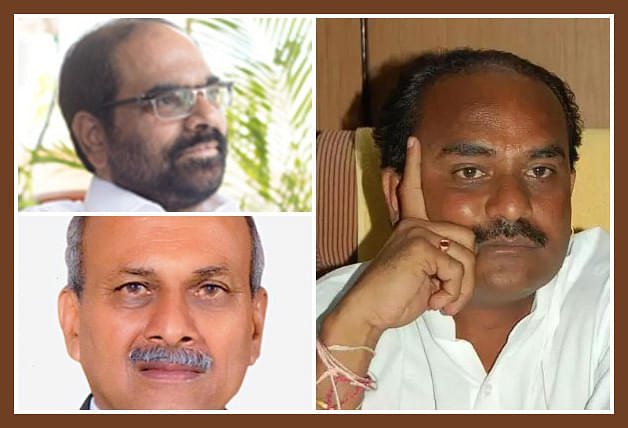 Karnataka BJP has picked three names as its probable candidates to the Rajya Sabha elections that will be held on 19 June.

As the party has enough votes to select just two candidates, the Centre will now have to pick from the three names suggested by the state leadership.

While Prakash Shetty is an undisputed nomination, the tussle between the two Belagavi bigwigs has left the already factionalised state unit divided.

Both leaders belong to the Lingayat community, although the Kattis belong to the much stronger Panchamsali faction that wields much more power than the Ganigas, to which both CM B S Yediyurappa as well Deputy CM Laxman Savadi belong.

While the Katti brothers, who have been bemused over the unkept promise of a ministerial berth to Umesh Katti ‘despite winning elections eight times’ have been pressing Chief Minister B S Yediyurappa over the last week to include Umesh Katti’s name, they were also said to have hosted a dinner for MLAs from North Karnataka last week that led to rumours of dissidence against the CM.

Ramesh Katti has also been upset over not being given a Lok Sabha ticket this time around by the party and claims that he was ‘promised’ a Rajya Sabha ticket in place of the LS ticket from Chikkodi that was then given to Anna Sahab Jolle.

The other power horse from Belagavi, Ramesh Jarkiholi, though, is said to be in favour of Kore, who has already been nominated twice.

The feud between the three powerful families of Belagavi — the Kattis, the Jarkiholis and the Jolles — is widely known, and Kore had also widely campaigned for Ramesh Jarkiholi during the bypolls, where the Lingayat card won them the seat by a huge margin.

Kore and Shetty’s names were sent from the state the last time around too when the party could nominate one seat from the state. But Kore’s name was picked by the central leadership.

But both these are said to have the backing of the RSS, while Kattis can’t really claim the same.

Meanwhile, the Congress, which nominated senior leader Mallikarjun Kharge as its candidate earlier this week, has also expressed its support to JD(S) patriarch H D Deve Gowda if he choses to contest the fourth vacant seat.

SInce the Congress has 68 MLAs in the assembly of 223, while the JD(S) has just 34, Gowda would need at least 10 more votes for a victory.

With 68 Congress legislators in the 223-member Assembly, Kharge’s win is assured as he needs only 44 votes, while the JD-S, with 34 MLAs, requires 10 more votes for its candidate’s victory.

The former Prime Minister is yet to give his consent although the party is said to have finalised his candidature.