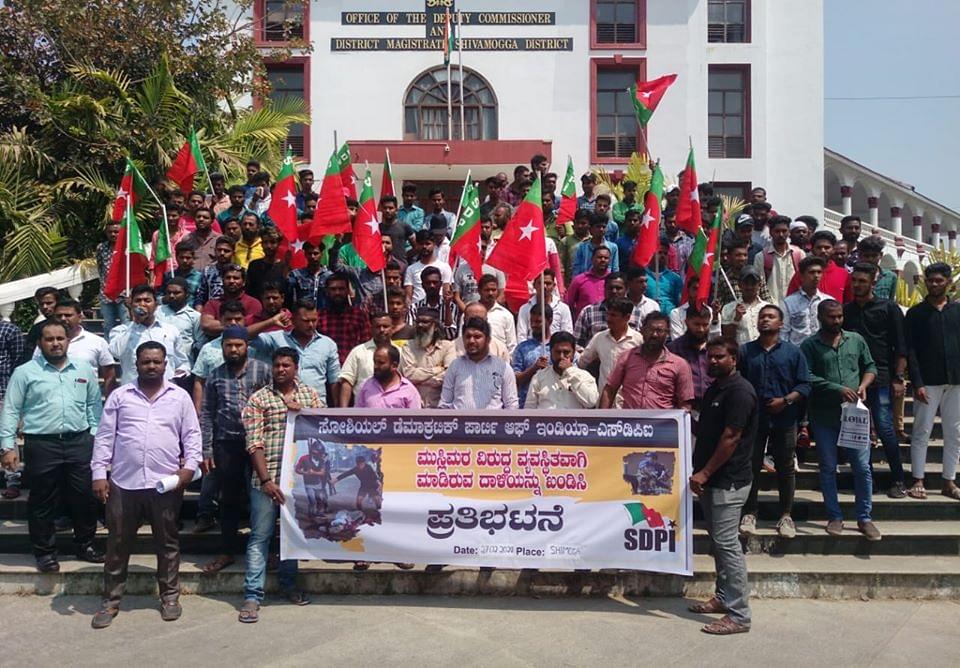 Karnataka Home Minister Basavaraj S. Bommai has stated the state government will be recommending a ban on radical Islamist outfit Social Democratic Party of India (SDPI) for its role in orchestrating communal violence in the state including the mob violence which erupted in DJ Halli police station area of Bengaluru city this week.

“The role of the SDPI has emerged in the violence that took place on Tuesday night in Bengaluru. Our investigation into that party’s role is continuing and we [Karnataka government] will also recommend to the Central government that the organisation be banned,” Bommai stated.

Bommai added that the scope of Home Ministry’s investigation will also include the role played by SDPI in instigating the anti-CAA violence in Mangaluru that occured earlier this year.

The Minister said the government had incontrovertible video evidence confirming the role of SDPI cadre in the deadly mob violence which erupted in DJ Halli police station area of Bengaluru city on Tuesday night and continued till the wee hours of Wednesday.

SDPI leader Muzamil Pasha has already been arrested by Bengaluru Police for his suspected role in the engineering the riots by Muslims mobs. Muzamil Pasha had also unsuccessfully contested in the 2015 BBMP (Bruhat Bengaluru Mahanagara Palike) election from Sagayapura (Ward no.60) which falls under Pulakeshinagar constituency. Local reports suggest that the violent incident was orchestrated as a part of a political conspiracy to polarise the community votes ahead of the upcoming BBMP elections.

SDPI has been attempting to make its presence felt in Bengaluru with its candidate Mujahid Pasha winning the Siddapura Ward No. 144 of Chickpet Assembly Constituency. It has also been aggressively attempting to wean away Muslim votes from Congress party.

At least three people were killed after police opened fire to quell Muslim mobs that went on a rampage over an Facebook post that they deemed derogatory to Mohammed whom they revere as their Prophet. The irate mob indulged in rioting and arson attempted to set on fire the residence of Congress MLA Akhand Srinivasa Murthy and a nearby DJ Halli police station. The mob also vandalised houses, torching police vehicles and pelted stones at the cops.

The social media post was attributed to P Naveen, a close relative of Srinivasa Murthy, the sitting legislator from the reseved Pulikeshinagar constituency.

Police officials also confirmed that 147 youth were arrested following the violence, of which 10 of the main accused, including Muzammil Pasha, belonged to the SDPI. The rioters have been charged under seven sections of the IPC including Section 307 (Attempt to Murder).

The SDPI was founded in 2009 and is a political arm of the Islamic fundamentalist organisation, Popular Front of India(PFI). The PFI was founded in 2006 as 'a cover for the National Development Front (NDF) that was created in 1993 to protect the interests of Muslims'.

And while it has been banned in Jharkhand, in Kerala CM Pinarayi Vijayan himself has opposed the ban saying it is organisations like the RSS that need to be banned. This when the SDPI has also been accused of conducting arms training in parts of Kerala.

The SDPI has also been named in various anti-CAA protests that turned violent earlier this year.

They or their cadre have been reportedly involved in many controversial and violent activities such as posting inciteful messages against the Prime Minister and Home Minister, threatening Kerala Chief Minister Pinarayi Vijayan with death, attempting to kill South Bengaluru MP Tejasvi Surya and activist Chakravarthi Sulibele earlier this year, threatening the centre to 'take it down' with them.

This arm of the PFI is also said to have links with the banned terror outfit SIMI.