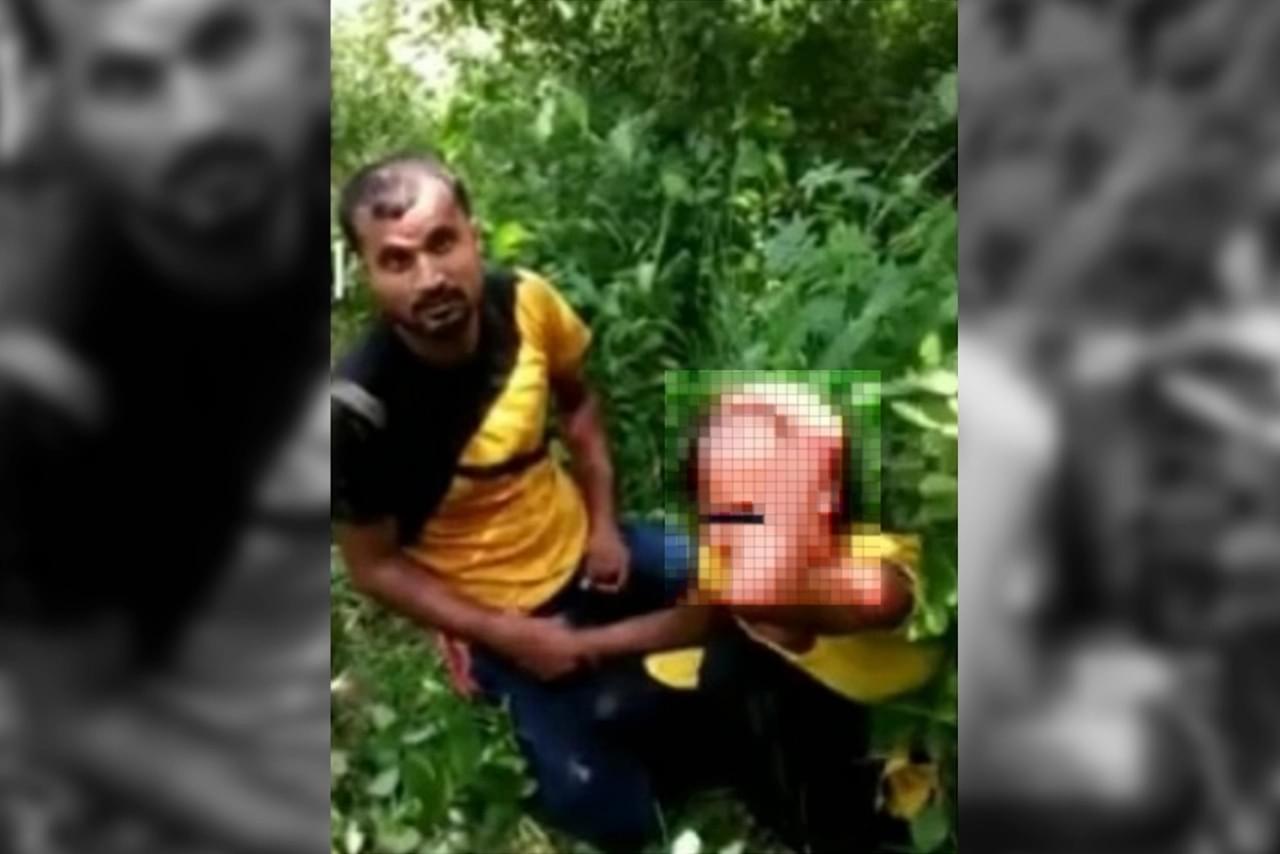 One of the accused, Mohammad Adil, with the survivor. Still from the viral video

The Kaushambi district court has awarded life imprisonment to three accused in the September 2019 Kaushambi gangrape-filming case, which had caused a massive uproar on social media.

The gangrape video had gone viral in local WhatsApp groups and was eventually uploaded on YouTube.

The judgement was delivered by Anupam Kumar, a special judge of the Kaushambi district court (POCSO Act), on Wednesday.

The three accused have also been ordered to pay Rs 1.83 lakh each as fine.

The official Twitter handle Kaushambi police posted about the judgement:

The incident took place in Ghosiya village of Chail tehsil in Uttar Pradesh’s Kaushambi district on 21 September. The place is only an hour away by road from the Allahabad airport.

What was particularly shocking in the case was that the crime was carried out around 11 am, in broad daylight, and hardly hundred metres away from the girl’s house, which falls in Sarai Akil town.

The men are much older than the girl, one of them close to 30. The girl had gone to the nearby field collecting grass when the three men had pounced on her and forcibly undressed her, before committing the crime.

Swarajya had visited the area after the ghastly act and found disturbing details of the crime. The men, it emerged, were residents of Mumbai and had come to their native place, Ghosiya, for observing Muharram with their families.

The girl told this correspondent at that time that while raping her, the men asked her to beg mercy in the name of Allah.

She said that when she pleaded them to leave her for bhagwan’s sake (“hamne kaha bhaiya bhagwan ke liye chhod do”), the men told her to beg in the name of Allah instead.

They, however, did not spare her even when she did.

Watch her statement below:

I won't upload even the audio of the crime. But have put out some details in my report.
On Oct 4 when I visited the area, the girl told me some horrific things
But rest assured, she is determined to move on, and plan to use the govt compensation money to resume studies pic.twitter.com/3L3T9xmKk6

Two of the accused are brothers. Their widowed mother, who can’t see, lives alone in Ghosiya.

The survivor belongs to the marginalised Pasi community - a scheduled caste that was once considered untouchable.

The girl said the accused were strangers to her. She said she usually avoided going to the field alone, but that day, she was running late and missed the other girls. The field is a short walk from her basti but heavy grass obstructs the view.

“I was cutting grass using a sickle. These men came from behind and covered my mouth with hands. They threatened to kill me and forced themselves on me,” she said.

The 2-minute-13-second video that had gone viral showed the survivor pinned to the ground, with Adil holding her.

A man making the video, later identified as Nizam, wasn’t visible but could be heard talking throughout.

“Allah ki kasam khaake main kehti hun, aisa mere saath mat karo bhaiya… (I swear in Allah’s name, don’t do this with me, brother),” the survivor was seen saying in the video.

“Tu galti kar rahi hai. Hum log nahi hote to kam se kam bees ladke ikattha hote aur tere baap ke paas le jaate…(You are making a mistake. Had we not been here, at least 20 men would have raped you and taken you to your father),” one of the men was heard saying.

“Aapki behan beti hai na, bas karo…(you have sisters and daughters, stop it),” the girl said, and further pleaded, “Bhaiya mere saath mat karo, ab to jao, aapke haath pair jodti hun (Brother, don’t do this with me. Go at least now, I fold my hands and beg you).”

Adil interrupted her and told her he needs only two more minutes. The other man declared it’s his turn now. At this point, the girl began to scream. The video shifted and eventually stopped.

The girl’s screams gathered locals, who caught one of the men red-handed; someone sent word for other girls from the colony.

“We rushed to the spot and saw her sobbing loudly and trying to cover her body with her hands. I rushed back to take a salwar. We girls then brought her home,” a neighbour of the survivor told this correspondent at that time.

The police launched a manhunt and arrested the rest of the accused within a couple of days.

A rights organisation escalated the case to the New Delhi-based National Commission for Scheduled Castes, which promptly sanctioned a relief of Rs 4.12 lakh for the survivor.

Her family said at that time that they would use the money to resume the girl’s studies. She had quit school because her family was too poor to continue it, they said.